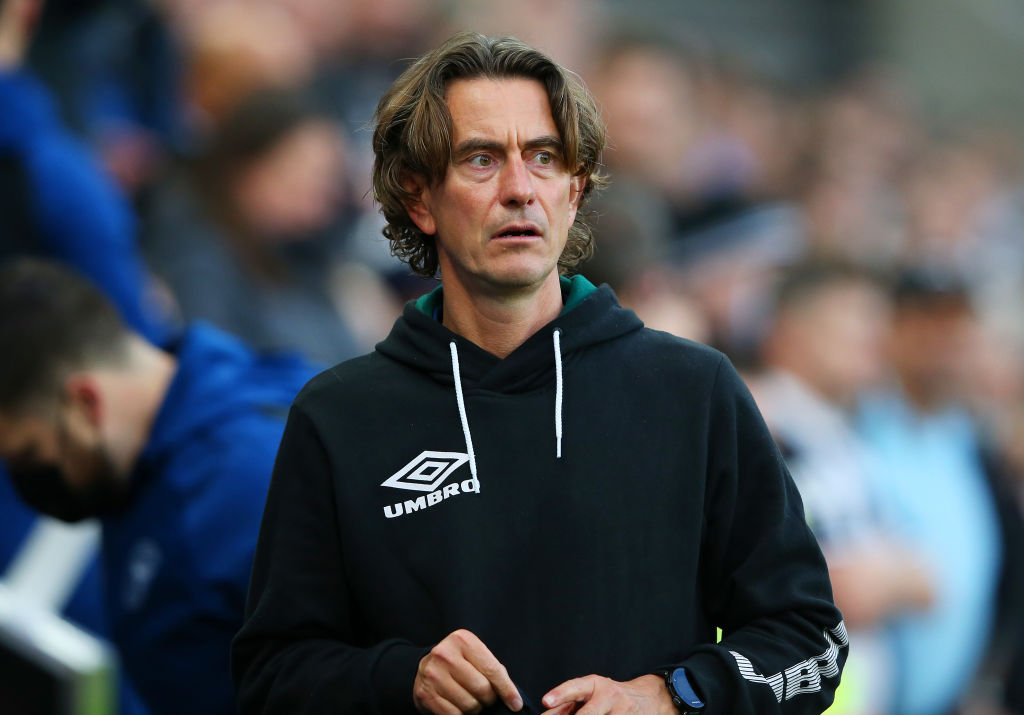 Thomas Frank has urged the Premier League to suspend this weekend’s scheduled fixtures after he was informed midway through his pre-match press conference that his Brentford squad had been hit with 13 confirmed positive cases.

The Bees were due to face Manchester United on Tuesday but the game was called off late on Monday evening with the virus sweeping throught Carrington.

Burnley’s fixture with Watford, which was supposed to take place last night, was also called off just two hours prior to kick-off and the increasingly grim outlook prompted Frank to ask the League to take swift and decisive action.

The games that have already been called off

‘We think we should postpone the full round of Premier League games this weekend,’ he said on Thursday morning

‘Covid cases are going through the roof at all Premier League clubs, everyone is dealing with it and having problems.

‘To postpone this round and also the Carabao Cup round would give everyone a week at least, or four or five days to clean and do everything at the training ground so everything is clean and you break the chain.’

Frank believes a decision to halt this weekend’s round of top-flight fixtures could be enough to sure the busy festive programme will be able to go ahead largely as planned.

‘We fully respect that we want to play and it is important football keeps going, and this way we can make sure Boxing Day keeps going, I’m 100 per cent sure of that,” added Frank.

‘This Omicron variant is running like wildfire around the world and I think we need to do all we can to protect and avoid it. I think we can do a lot by closing down training grounds for three, four or five days, and then we can go again.’