He scored on his European debut when the Foxes beat Zorya Luhansk 3-0 and helped them to a 2-1 win at AEK Athens last week. 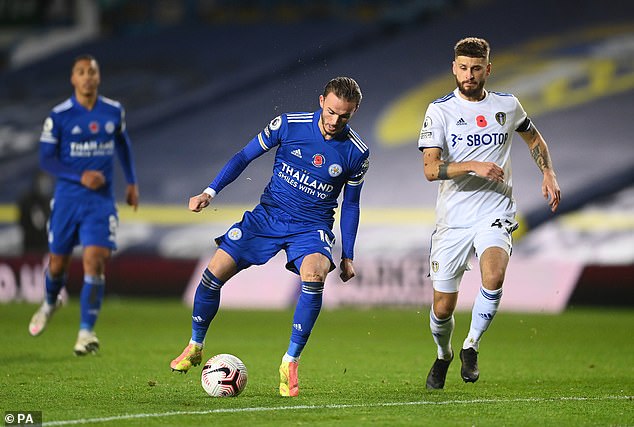 The 23-year-old admitted he struggled with not playing as he recovered from a hip operation at the end of last season, calling it the worst time of his career, but is now fully fit after starting three of the last four games.

‘He has that incredible ability to make something happen,’ Rodgers said. ‘He loves his life, his football.

‘James is a winner, he is not just about looking good as a player. He wants to be a successful player. 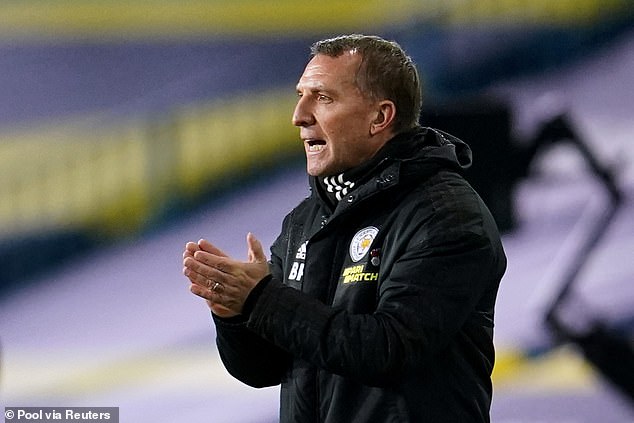 ‘He is a player who loves the game and when you have a player like that out injured and not able to impact the team it can be difficult. He was very honest to say that and he looks strong.

‘The key was managing him and getting him back where he could impact the games.

‘He has a wonderful personality. Within the game it’s very important to have those types. There is a lot of structure but he brings that improvisation at the top of the field.’

Leicester and Braga have both won their opening two group games but Jonny Evans is a major doubt for the Foxes with a back problem. 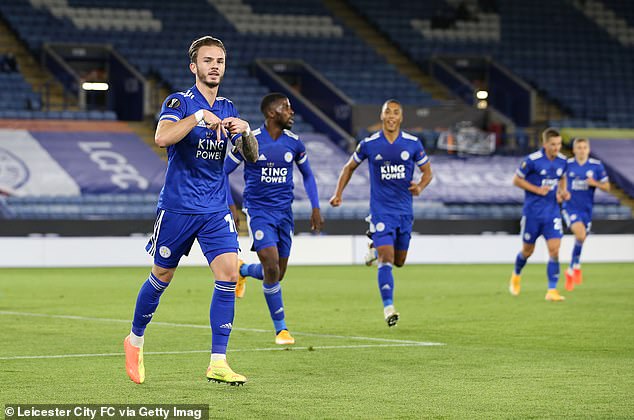 Nampalys Mendy has been deputising for Ndidi this season and has played nine times.

The midfielder managed just nine games during the whole of last season and was expected to leave when his contract expired last summer before the coronavirus pandemic shifted the club’s priorities.

He signed a new deal and insisted he always wanted to stay at the King Power Stadium. 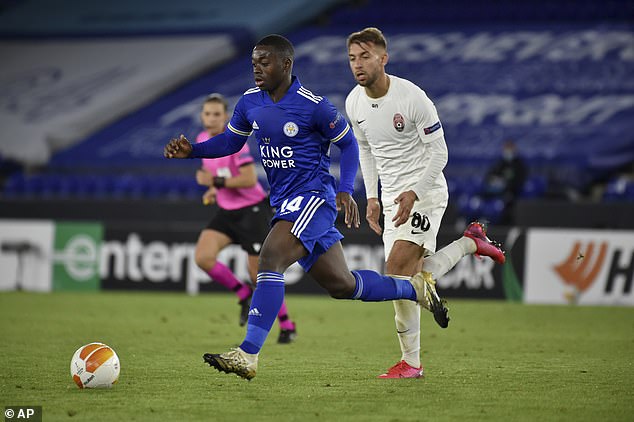 ‘In my mind? I wanted to stay at Leicester City,’ he said. ‘Of course my contract was coming to an end – but in my head I never wanted to leave because I felt very good here.

‘I wanted to show my quality to the fans and my teammates at the club. I am very happy for them.

‘When I signed my new contract that was my priority, to show the fans how I can help the team.

‘At this moment this is good for me. Now the season is very long and we have to be consistent in the performances. Stay focused, don’t break the step and keep pushing.’