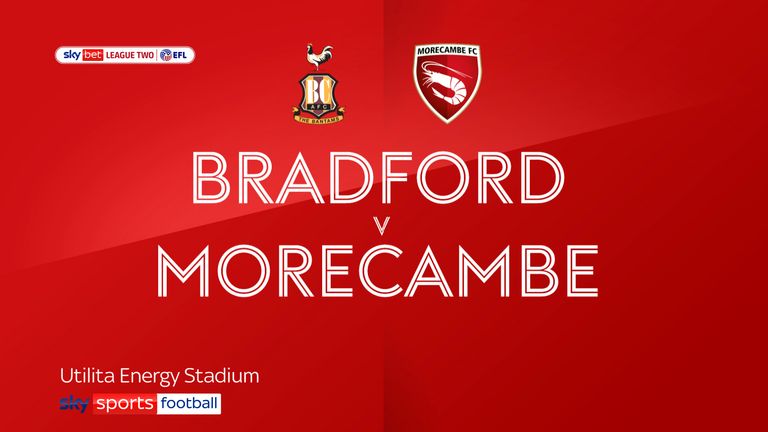 Anthony O’Connor marked his 100th start for Bradford with a goal as they beat Morecambe 2-1 in Sky Bet League Two.

But O’Connor’s deflected effort brought the home side level before Charles Vernam’s second goal in as many games opened up a welcome 11-point gap over the relegation places for the Bantams.

Vernam squandered a great chance at the near post in the fourth minute and O’Sullivan handed the visitors the lead five minutes later when his cross-turned-shot lobbed Sam Hornby.

O’Connor levelled proceedings in the 27th minute before Aaron Wildig fired over for Morecambe.

Danny Rowe made a huge difference as the hosts took control. The substitute linked with Vernam as he cut inside and scored off the post in the 63rd minute.

The striker should have put the game to bed when he nodded Rowe’s inviting cross over.

Niall Canavan and Ollie Crankshaw both nearly added gloss late on but could not get on the end of fine deliveries.