Middlesbrough have offered out of contract midfielder George Friend a new deal.

The 32-year-old club captain, who made 14 appearances for Boro last season, is currently without a playing contract heading into next season.

But the Riverside club have offered him a deal for next season. 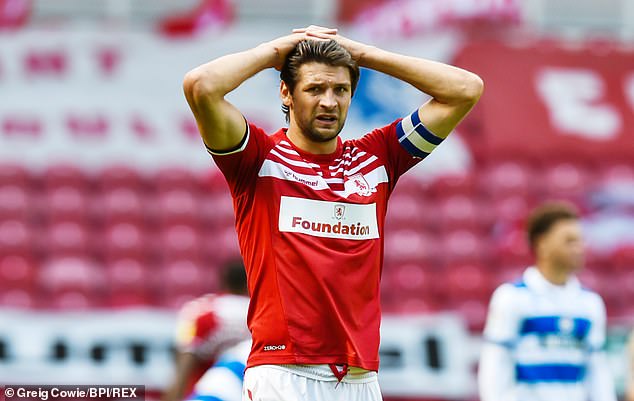 However, Championship rivals Birmingham, Nottingham Forest and Swansea are also keen on Friend, who has spent the previous eight seasons at Middlesbrough.

Boro will spend next season in the Championship after salvaging their status in English football’s second tier.

The north east club endured a disappointing 2019/20 campaign, in which they slipped down the table despite being initially tipped as play-off contenders.