Bologna 1-2 AC Milan: Stefano Pioli’s side survive a scare to move five points clear of rivals Inter at the top of Serie A table after goals from Ante Rebic and Franck Kessie

AC Milan got back to winning ways in Serie A with a 2-1 victory at Bologna on Saturday, with goalkeeper Gianluigi Donnarumma in fine form to help his side open up a five-point lead at the top of the standings.

Zlatan Ibrahimovic missed the chance to put the leaders ahead when his spot kick was saved in the 26th minute but Ante Rebic latched onto the rebound to fire home.

Bologna had three glorious chances to level before the end of the first half, but were denied by some brilliant saves from Donnarumma. 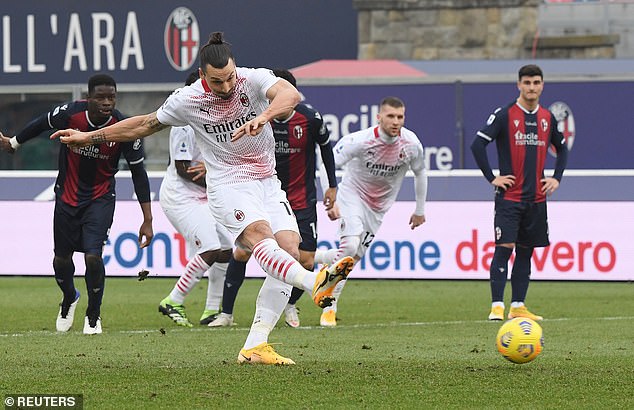 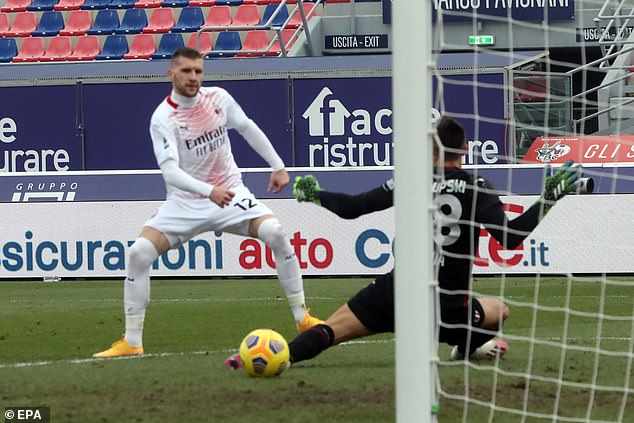 Those stops proved crucial as Milan were awarded another penalty in the 55th minute. Franck Kessie converted from the spot to double his side’s lead.

Substitute Andrea Poli got one back for the hosts in the 81st minute, but they could not find an equaliser despite plenty of late pressure.

Milan, who had lost their last two games in all competitions, moved onto 46 points, five clear of second-placed Inter Milan. Bologna stay 13th on 20 points.