Bologna 0-2 Juventus: Cristiano Ronaldo and Paulo Dybala put Coppa Italia disappointment behind them to keep title on track as Maurizio Sarri’s side make winning return to Serie A

Cristiano Ronaldo converted a first-half penalty as leaders Juventus resumed their Serie A campaign with a 2-0 win at Bologna on Monday, lifting some of the pressure off coach Maurizio Sarri.

After missing a spot kick in a Coppa Italia match against AC Milan 10 days ago, Ronaldo made no mistake in the 23rd minute and Paulo Dybala curled in a brilliant second before half-time to give the Turin side a comfortable win.

Juventus, with 66 points from 27 games and chasing a ninth successive title, extended their lead to four points over Lazio, who visit Atalanta on Wednesday. Inter Milan are a further five points behind in third while Bologna are 10th with 34. 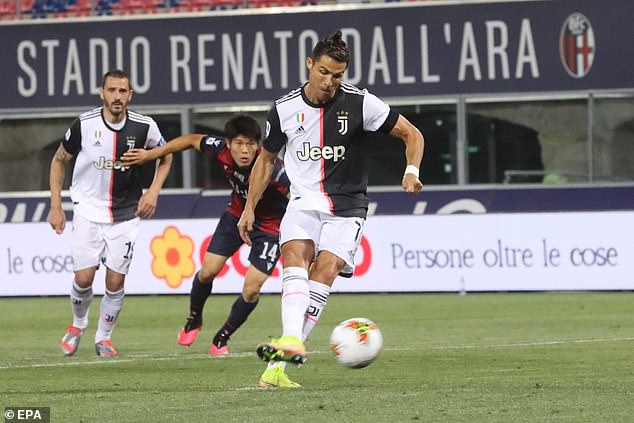 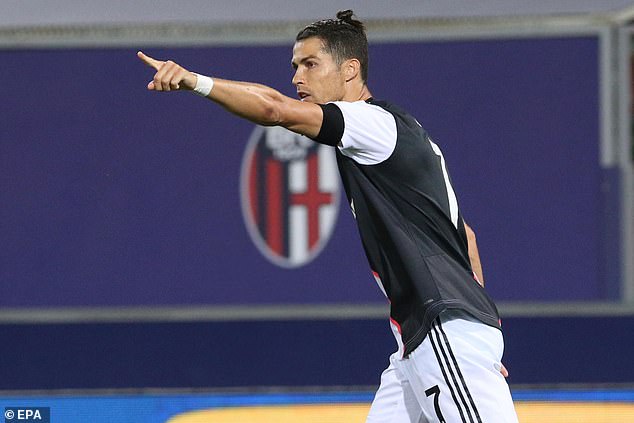 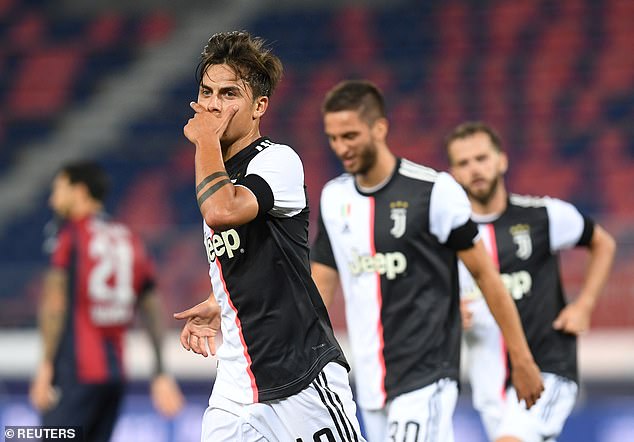 Milan are a further five points behind in third while Bologna are 10th with 34.

Juve’s failure to score in two Coppa Italia games following the end of the new coronavirus stoppage, coupled with their defeat on penalties to Napoli in Wednesday’s final, raised questions over Sarri, who has struggled to impose his style of play in his first season at the club.

There were no questions about the Juventus defence, however, which kept a fourth straight clean sheet in all competitions. 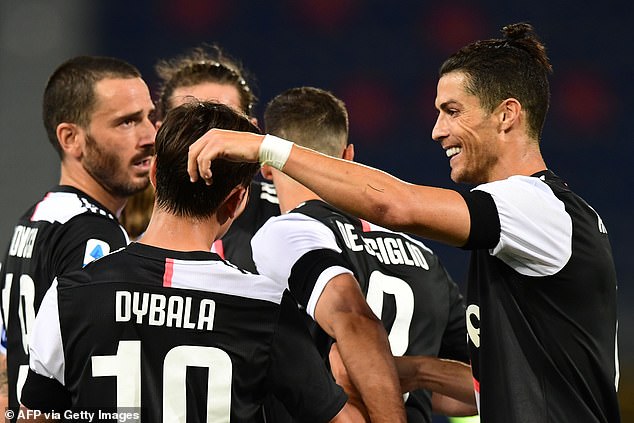 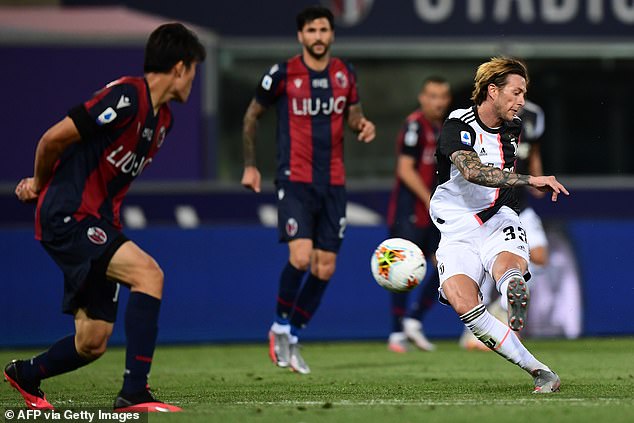 After fielding Ronaldo in an unfamiliar centre-forward role against Napoli, Sarri returned the Portuguese to his more comfortable position wide of the centre.

Juve got the breakthrough when Stefano Denswil grabbed Matthijs de Ligt’s shirt at a corner and Ronaldo drilled home his 22nd league goal of the season from the spot.

A clever backheel by Federico Bernardeschi set up the second for Dybala who curled an unstoppable shot beyond goalkeeper Lukasz Skorupski.

Bernardeschi crashed a shot against the crossbar and Ronaldo had another goal disallowed for offside in the second half.

The only disappointment for Juve was an injury to defender Mattia De Sciglio and a red card for his replacement Danilo after he was booked twice in quick succession near the end. 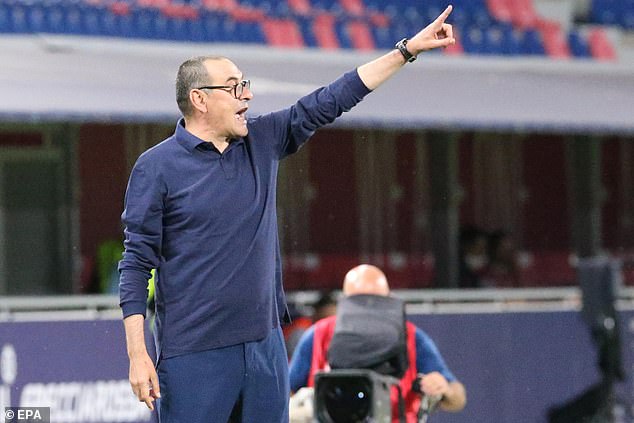