For those looking for omens, the last time Watford did the league double over Blackburn, they were promoted to the top-flight.

Not since 1981-82, and the days of John Barnes and Luther Blissett, had they defeated the Lancashire club twice in a campaign.

The 39-year wait ended as they struck three goals on the road for the first time this season – fine finishes all from Joao Pedro, Ismaila Sarr and Ken Sema – during a performance that belied the drizzly conditions. 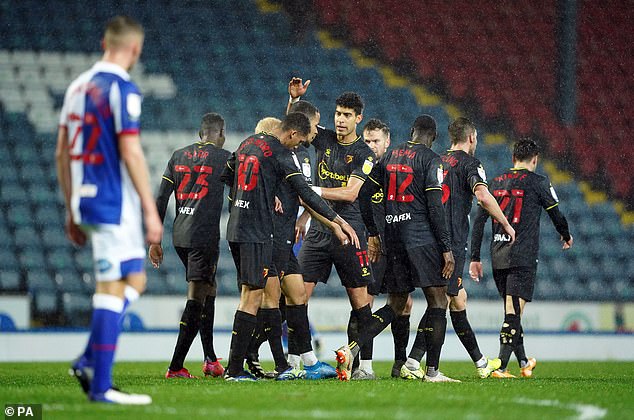 Watford fought hard as they climbed up to third in the Championship, level with Brentford 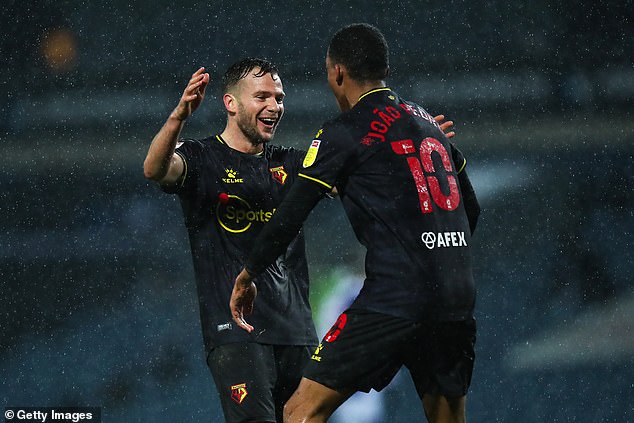 Adam Masina’s mistake allowed Blackburn the chance to pull things back to 2-1 shortly before the break through Harvey Elliott and Ben Brereton scrambled in a late second but the visitors were well worth a fourth straight win that keeps up the momentum of their quest for an immediate return to the Premier League.

Watford’s recent up-surge in form has coincided with manager Xisco Munoz’s switch to a 4-3-3 system, and they continue to make light of achilles injury victim Troy Deeeney’s absence.

A year ago this week, Sarr, the man on the right of the front three, terrorised a Liverpool defence marshalled by Virgil van Dijk, with two goals in a 3-0 win.

Were Blackburn in need of any reminders of his threat, they got one as early as the 12th minute as he left Barry Douglas in his wake but could not deliver an end product.

And he forced Thomas Kaminski into the first serious save of the contest midway through the first half with a shot on the turn that the Belgian international palmed out.

Respite was short-lived, however, as Watford’s top scorer Joao Pedro beat the off-side trap and took advantage of hesitancy in the home defence to lob over the advancing Kaminski and under the crossbar from 20 yards. 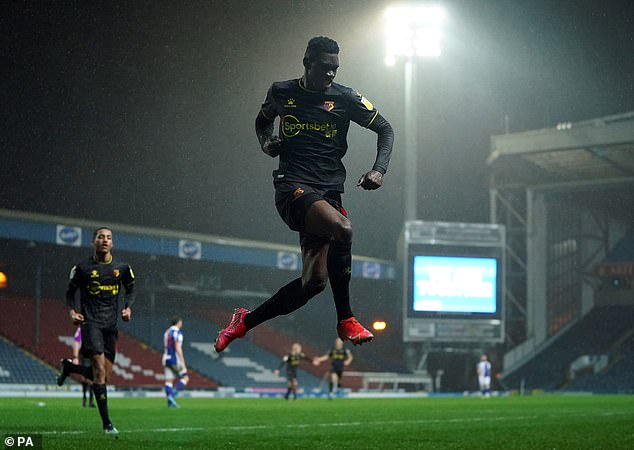 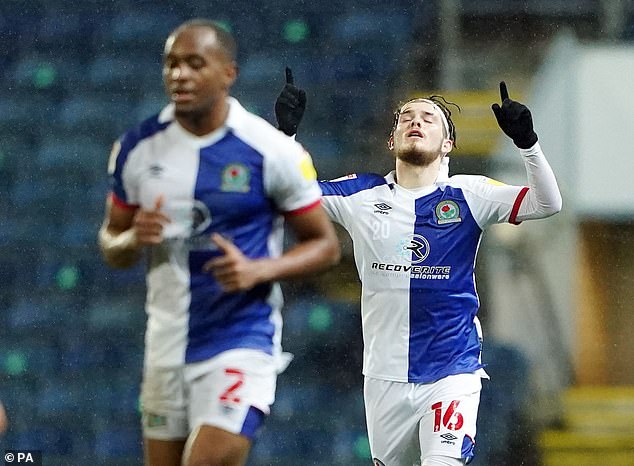 Harvey Elliott, on loan from Liverpool, scored to put Blackburn back into the contest

Watford had scored only eight times in their previous 15 away games this season but looked like they had goals in them courtesy of their swift counter-attacks.

Sarr went close to adding a second just after the half-hour but was denied from a diminishing angle by Kaminski’s legs.

But Watford did open up a two-goal advantage six minutes before the break when Kaminski blocked Joao Pedro’s effort and Senegal’s Sarr emerged at the foot of the post to apply a stunning, improvised volley. 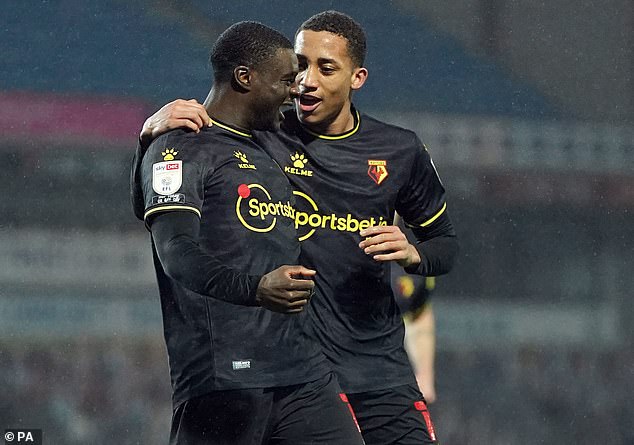 It did not last until the interval, though, as Joe Rothwell caught Masina in possession on the edge of the Watford area and although Bradley Dack was blocked out, Elliott swooped to thrash the loose ball into the top corner.

Thankfully for Watford, Blackburn showed plenty of defensive frailties of their own and Sema had been denied once by Kaminski when he combined a one-two with Joao Pedro to guide into the corner on the hour.

Brereton made for an uncomfortable finale when he bundled in at the far post from fellow substitute Stewart Downing’s corner eight minutes from time but Watford remain level on points with second-placed Brentford. 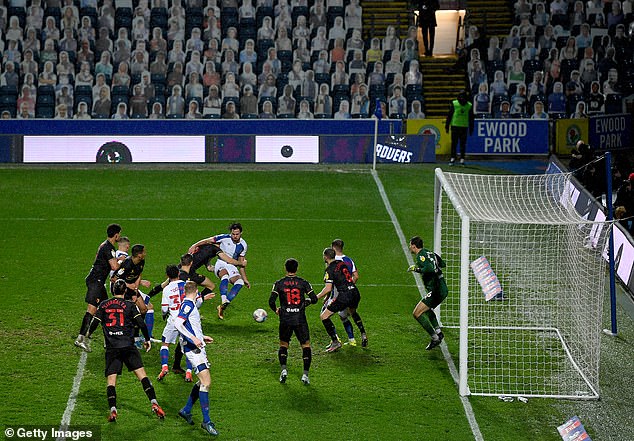 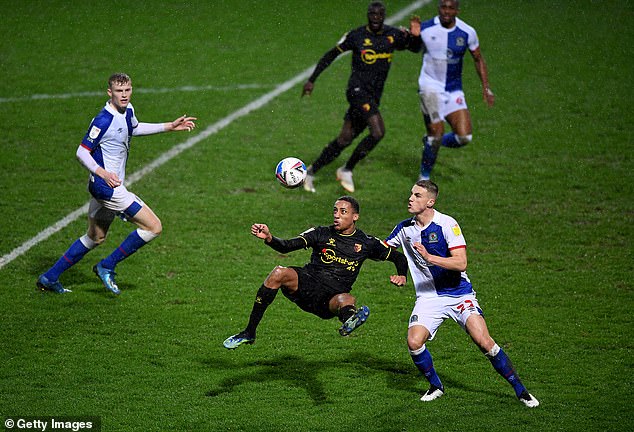 Second-placed Brentford kept up their pursuit of leaders Norwich with a convincing 3-0 home win over struggling Sheffield Wednesday.

The Bees, who had lost their three previous games, did not perform at their best but a first-half goal by Bryan Mbeumo and second-half strikes by Saman Ghoddos and Mads Bech Sorensen enabled them to cut the gap at the top back to seven points.

The defeat for the Owls was their fourth in five matches. 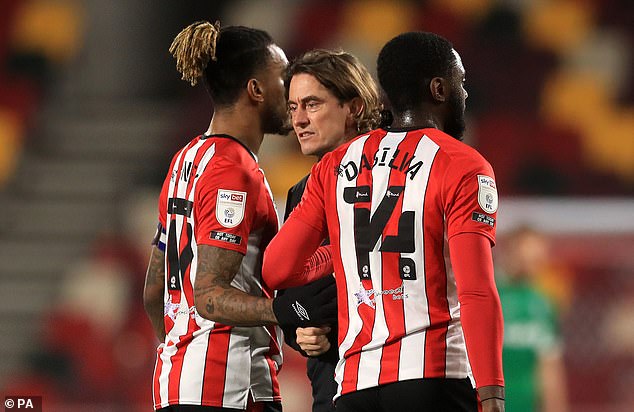 Swansea are just a point adrift of Brentford but have played two games fewer. They survived some late pressure from Coventry to get back to winning ways with a 1-0 home success, thanks to a Ben Cabango header from a corner.

Cardiff, meanwhile, kept up their promotion charge with an impressive 2-1 victory away at fellow play-off hopefuls Bournemouth.

Sean Morrison and Kieffer Moore’s penalty was enough for them to earn a sixth successive victory despite a Shane Long consolation, with this win pushing them above Bournemouth into that last play-off position.

Elsewhere, Barnsley moved up to eighth with a 2-0 victory at home to Stoke while Preston North End and Queens Park Rangers played out a goalless draw. 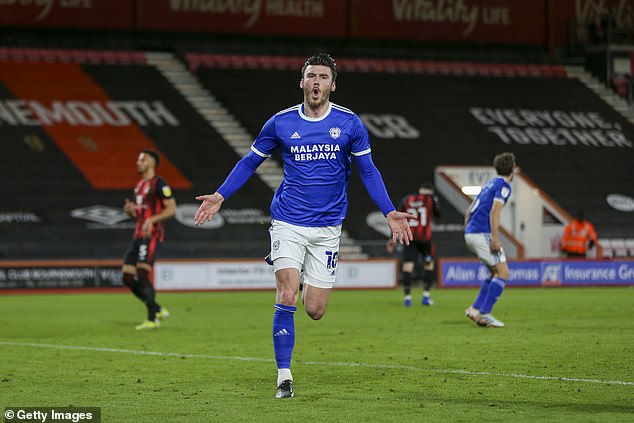