EXCLUSIVE: Kundai Benyu left Celtic after being told to train with their U15s… but after time in non-League and a move to ICELAND, the Camden-born midfielder is sharing centre stage with Sadio Mane at AFCON – and is ready to make Zimbabwe go ‘crazy’!

Kundai Benyu cuts a relaxed figure as he speaks from the rest area of Zimbabwe’s training camp. Swapping the freezing temperatures of an Icelandic winter for the warmer climes of Cameroon is not an issue for the 24-year-old. He’s used to dealing in extremes.

A look at the midfielder’s c.v. tells you as much – having swapped Champions League nights at a sold-out Celtic Park for weeknights in front of empty stands in the National League.

It is why the prospect of going from having no club to lining up this afternoon against Senegal and Sadio Mane – all in the space of just 18 months – brings excitement, not trepidation. 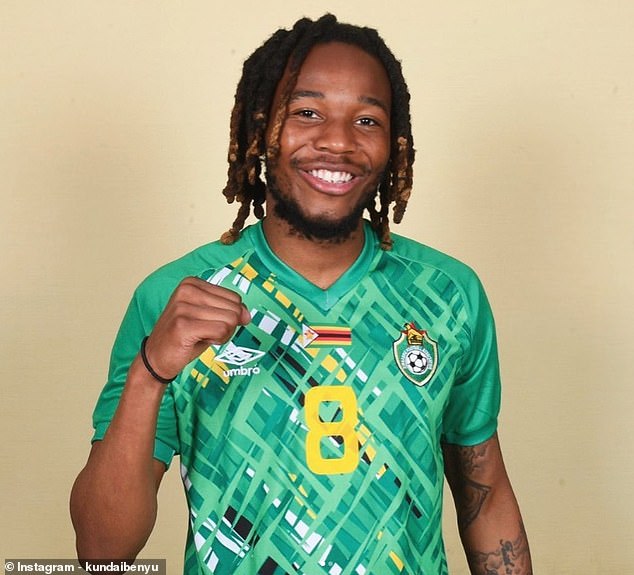 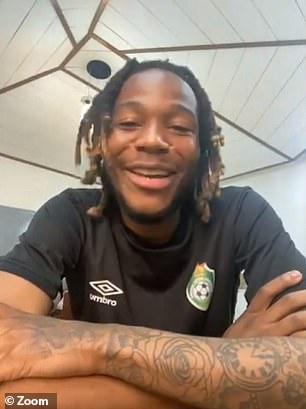 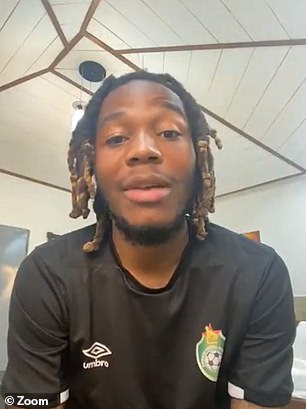 Benyu is right where he wants to be. He’s part of a Zimbabwe side preparing for the Africa Cup of Nations and has been given a new lease of life on the pitch by Vestri Isafjordur in the Icelandic second tier after a stint at Wealdstone.

It is miles away, literally and figuratively, from where he found himself in July 2020 after his contract with Celtic came to an end.

Without a club at the beginning of a global pandemic, like many footballers in a similar position, Benyu struggled.

‘I found it difficult at the start because it was quite raw leaving Celtic,’ he tells Sportsmail. ‘That was always on my mind. At the start of the pandemic I didn’t want to know about football. I found it quite hard to get out of bed, found hard to eat, sleep, everything. 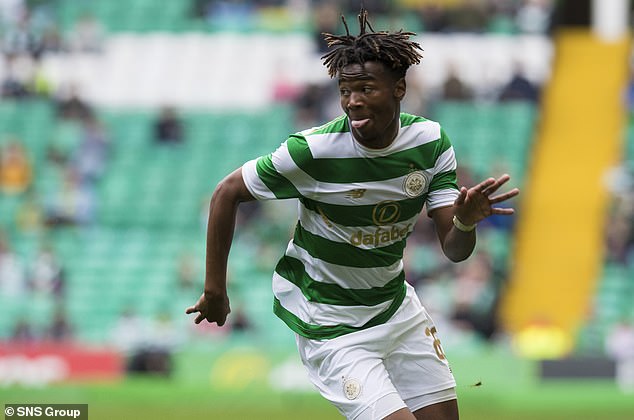 ‘I’d left, I had no club, was just sitting at home every day, waiting for a phone call. I had nowhere to train, just trying to go on runs by myself in the park or whatever. There’s only so much you can do before it starts to get frustrating and messes with your mind a little bit. You start thinking you’re not good enough, no one wants you.’

What certainly didn’t help was the manner of his departure from Celtic.

His arrival in Glasgow had been the stuff of dreams for a teenage footballer – a phone call from Brendan Rodgers while on holiday convincing him to ignore interest from the likes of Tottenham, West Ham and Aston Villa and move north after leaving Ipswich Town.

Loan spells largely characterised his Celtic stay, including a brief union with Hoops legend Henrik Larsson at Helsingborg. ‘He was always in contact with me,’ Benyu says. ‘He was a fair and honest gaffer, no beating around the bush.’ 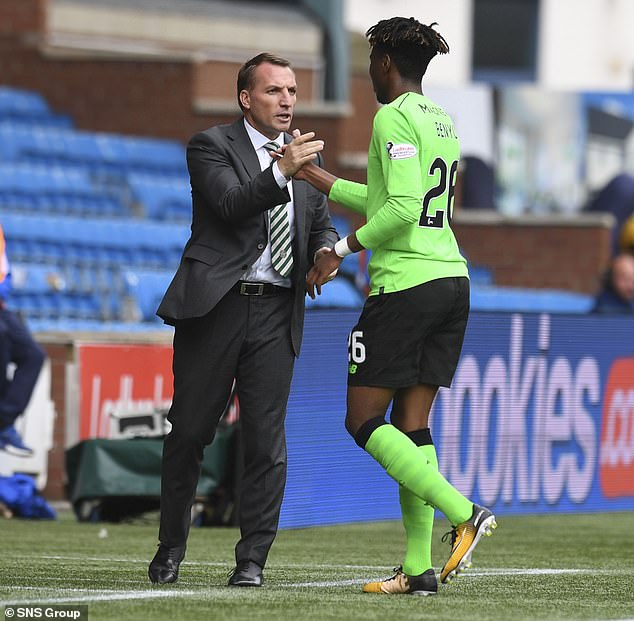 On his return from Sweden, Benyu found Rodgers gone and Neil Lennon in his place. Initial meetings with the new manager were productive and he was brought back into the first-team fold as talks over a new deal continued. Then came the part he still struggles to get his head around.

‘The way I found out wasn’t the best of ways to be honest. It wasn’t even Neil that told me. It was two guys that I’d never met before in my whole life at Celtic. To this day I still don’t know who they are or what they do at the club.

‘They just came in and told me you’re going to have to train with the kids until this is all resolved.

‘They didn’t mean the reserves as well. Literally kids: Under 14s, Under 15s. As you could imagine that was my last day ever going into Lennoxtown.’

It was a jarring end to what Benyu himself still regards as the most exciting period of his career to date, even if it did amount to just four first-team appearances in green and white.

‘It was crazy,’ he beams when thinking back to his early Parkhead days. ‘It was probably the best moment of my footballing life on the pitch when I came on against Linfield in the Champions League qualifiers. 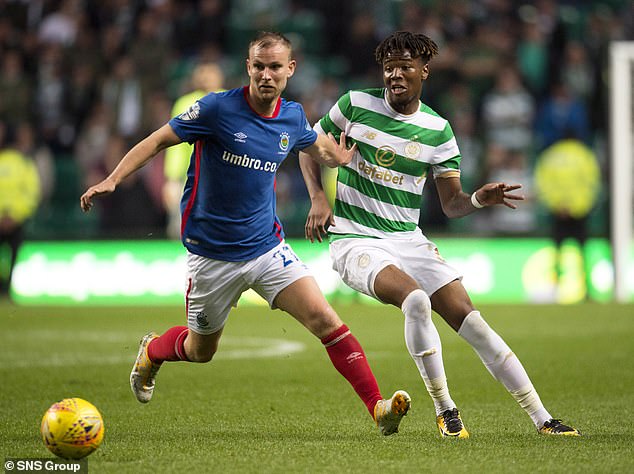 ‘I played the last 20 minutes. I looked around as I was coming on and I just saw every seat filled. It was pretty special to get on the pitch. It’s the best atmosphere I’ve ever been involved in.’

The experience stands him in good stead for this month as he prepares to take to the stage at one of football’s biggest international tournaments.

Born in Camden in central London before moving out to Essex as a young child, Benyu qualifies through his father Ronnie and mother Shingi, who both moved across to the UK from Zimbabwe.

The eldest of four, Benyu’s upbringing ensured he never forgot his roots – his first language as a toddler was Shona, the national dialect of Zimbabwe, until nursery brought about the necessity of learning English. Zimbabwean cuisine was a staple at dinner time, too, in the Benyu household. 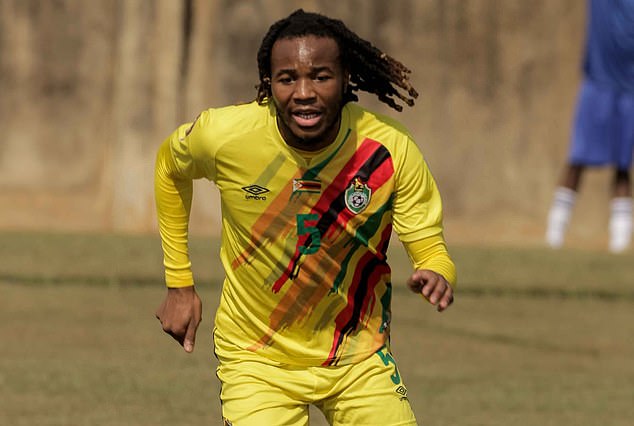 The original euphoria of his AFCON call-up – ‘I could’ve cried’ – has made way for a deep desire to prove himself and do his country, and his family, proud.

That much has been clear in his preparation. Benyu has been working with Manchester-based fitness specialist Wayne Richardson, an individual that has helped the likes of Jessie Lingard regain his extra edge.

It is a chance to repay all that have shown faith during these challenging times, from Vestri and their chairman Samuel Sigurjon Samuelsson to his national team coach Norman Mapeza. 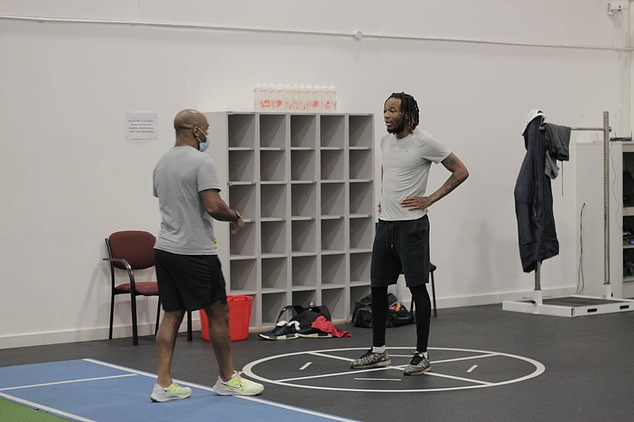 ‘Zimbabwe as a nation, we’ve qualified quite a few times but we’ve never gotten out of the group stages. It would be a massive achievement if we could. The boys are all positive. We’re all in agreement, we’re not here just to take part.

‘If we could get out the group stages I think Zimbabwe would riot to be honest. I think it’ll be crazy over there.’

It would be a fitting finale to Benyu’s remarkable redemption.