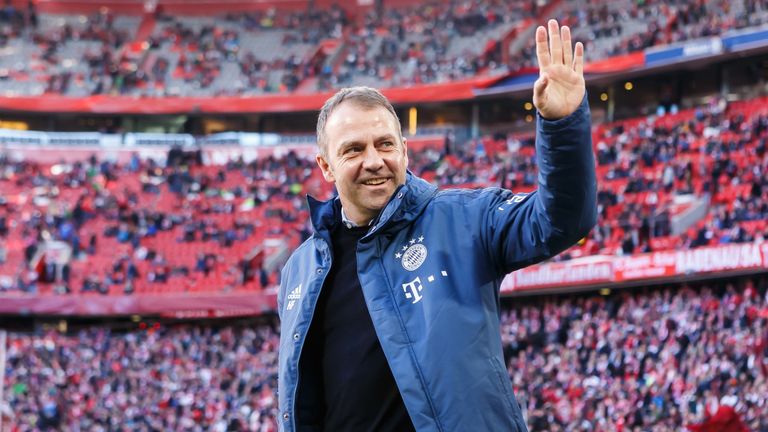 Head coach of Bayern Munich Hansi Flick has agreed a deal to keep him at the club until 2023.

Flick had joined Bayern last summer as assistant to Niko Kovac, and was placed in charge on an interim basis in November when Kovac left by mutual consent.

The 55-year-old German was given a permanent deal in December until the end of the season, winning 18 of his 21 matches in charge. His new deal keeps him at the club for a further three years.

Bayern were four points clear at the top of the Bundesliga when the season was halted due to the coronavirus pandemic, with nine games left to play.

The club were also in good form in the Champions League, keeping a 100 per cent record and beating Chelsea 3-0 at Stamford Bridge in the first leg of their round-of-16 tie, before the second was postponed.

Prior to his time at the Allianz Arena, Flick had served as assistant to German national team manager Joachim Low, helping them lift the World Cup in 2014.

“We are very happy with Hansi Flick’s work. The team has developed well under him and are playing attractive football,” said Bayern CEO Karl-Heinz Rummenigge.