Barcelona are keen to secure the signature of long-term target Jose Gaya from Valencia, as they seek a replacement for Jordi Alba, according to Fichajes.

Gaya, 26, has made 275 appearances and contributed to eight goals and 33 assists since his emergence in 2012, and it is understood he is stalling over a new deal to remain at the Mestalla, with Xavi ready to test his resolve.

The Spain international has scored twice and assisted three goals in 13 appearances so far this campaign, and has been identified by Nou Camp chiefs, as the perfect option to rival Alba for a starting birth and eventually go on to replace him. 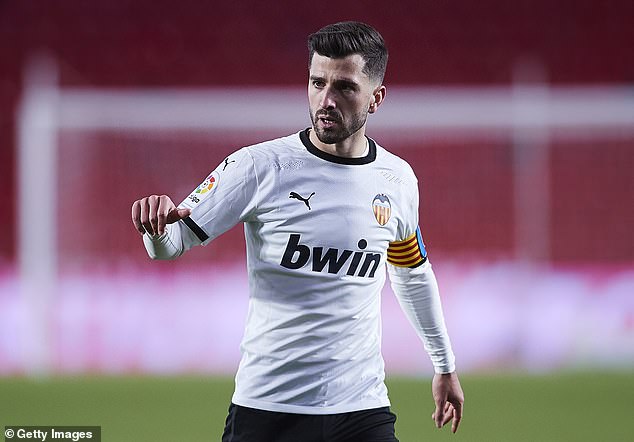 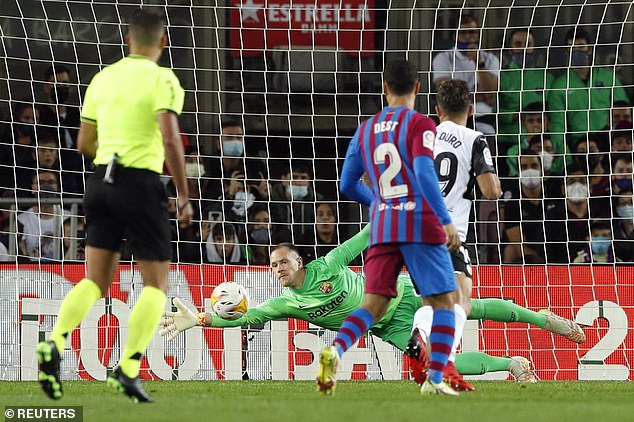 Gaya, 26, netted against Barcelona in the 3-1 defeat at the Nou Camp in October last year 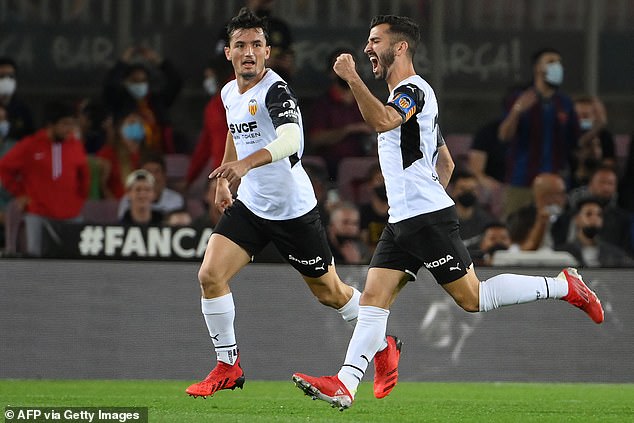 The Spain international could leave, with terms over a new deal hitting a stumbling block

Valencia may have to cash in on their captain this summer, given he has just 18 months left on his current deal, with talks over a new contract stalling.

A fee in the region of €50million (£42million) are what the club are holding out for, so Barca will have to fork out the said fee to secure his signature.

Xavi is looking to secure a bargain deal for the player lower than the asking price to avoid having to pay the staggering €100 million (£84million) release clause in Gaya’s contract.

The Catalans are on the look out to sign an experienced left-back given they only have in-experienced youngster Alejandro Balde, 18, as back up to Alba. 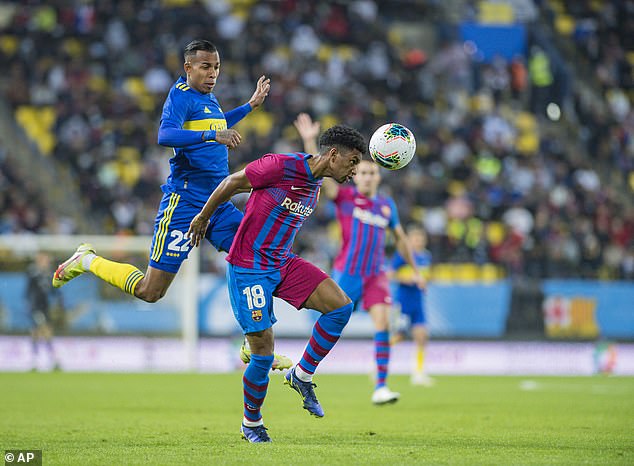 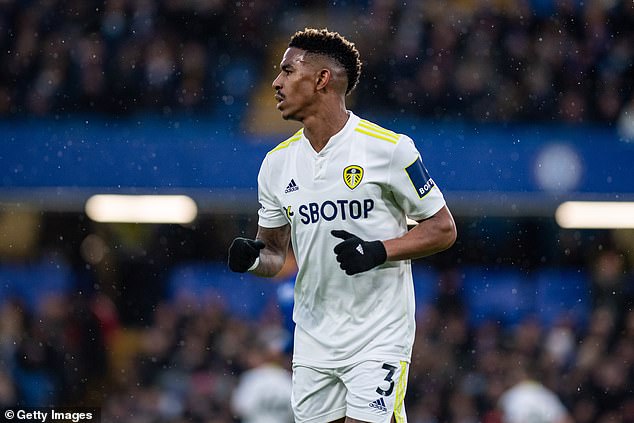 Barcelona sold Junior Firpo to Leeds last summer, leaving them short of numbers in that area

Xavi will have to act fast if he is to secure Gaya, with Real Madrid also keen on the highly-rated full-back, as they seek a replacement for the ageing Marcelo.

Barcelona have previously targeted former La Masia and current Benfica full-back Alejandro Grimaldo as an alternative, but Gaya is understood to be their preference.