Barcelona’s chances of re-signing Neymar from Paris Saint-Germain have been boosted following comments from their former scout Andre Cury. Neymar is out of contract at PSG in the summer of 2022 and Cury believes the French side have to sell this year.

Neymar left Barca for PSG for a world-record transfer fee of £200million in 2017.

The Brazilian superstar has constantly been linked with a return to the Nou Camp ever since he left the club.

And he reckons the 29-year-old could well be on his way back to the La Liga giants this summer.

JUST IN: What Man Utd star Paul Pogba did to Jose Mourinho after Tottenham win 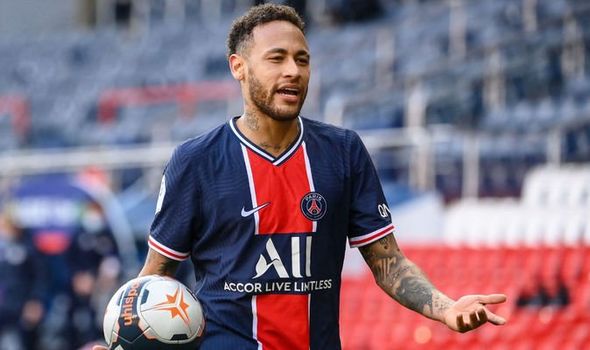 Asked if he thinks PSG will sell, Cury told Spanish outlet Sport: “I think so. Any club in the world with a player not willing to renew has to sell.

“And if they were willing in 2019, why not now? He had three years on his deal then, now only one, so the numbers are different.

“I hope that [Joan] Laporta, who is a great president for Barcelona, has the same idea and signs him.”

Cury also explained how he would do a deal financially for Neymar to return to Barca.

He believes Lionel Messi would love to play alongside his former team-mate again.

“What I would do is divide the cost over five years,” Cury continued.

“Then each year you look for €Xm to cover the costs. In sponsors, commercial deals, shirts sales, tickets… 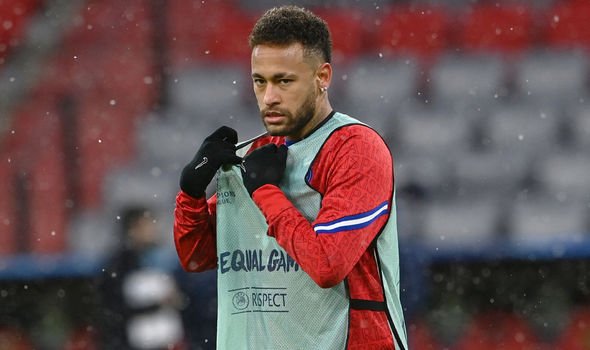 “Without the pandemic and with Neymar, you have 20,000 more people in the stadium for every game.

“With Neymar and Messi, whoever was going to pay €300m in naming rights (for the stadium) would pay €450m.

“Neymar still has five or six years at the top level. I am sure Messi would stay to relive magic moments together.

“After that, Leo, logically due to his age, is going to leave, you’re left with Neymar until you find a third way.”

Speaking earlier this year, Cury told Marca the presence of Laporta as Barca’s president could be key in a possible Messi and Neymar reunion.

“Laporta is the only one who can reunite Messi and Neymar,” Cury said in March.

“Messi will not leave [Barcelona] and he has decided to end his career at Barcelona. If Neymar plays with Messi again, it will be at Barcelona.

“Neymar has the Barca door open. The Catalans know he was wrong and even he recognised it later himself.”