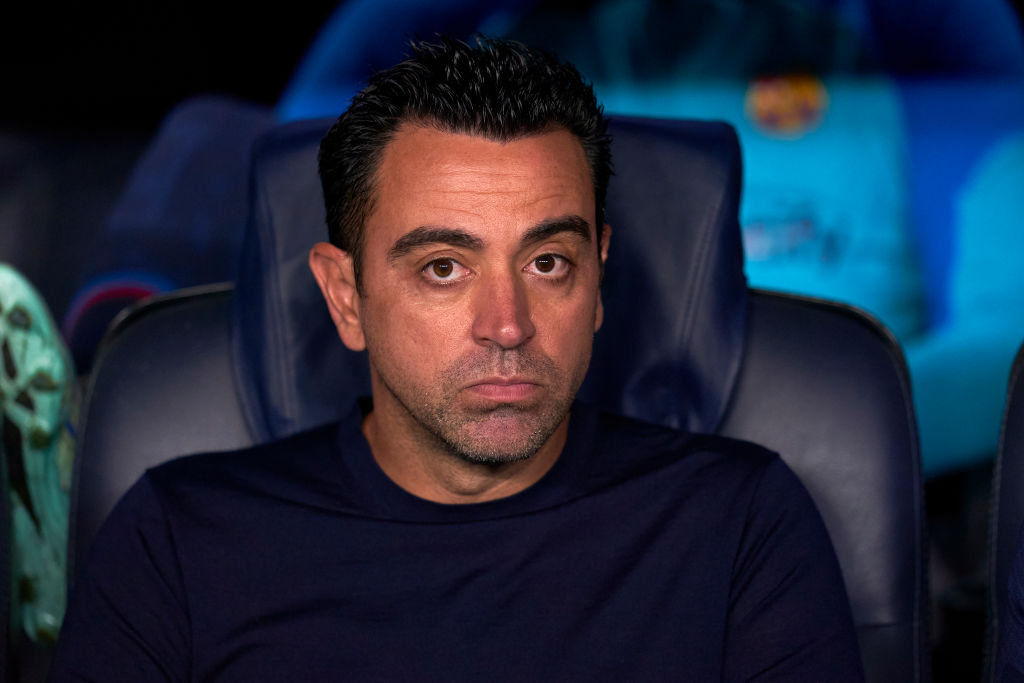 Joan Laporta is refusing to blame manager Xavi or his players, despite Barcelona dropping out of the Champions League at the group stage on Wednesday night.

The Catalan giants have limped out of Europe’s top competition, beating Viktoria Plzen in their first group match but then picking up just one point from their four matches with Bayern Munich and Inter Milan.

Obviously it was a tough group they were handed, but finishing behind Inter will be of huge disappointment to the Barca fans, who will watch their side in the Europa League later this season.

Laporta insists it is neither the manager nor the players’ fault, though, and is looking to build for the future with the young squad at the Camp Nou.

‘It’s a shame, but you can’t blame the players or the coach for anything,’ Laporta told Barca TV after a 3-0 defeat to Bayern Munich on Wednesday. ‘We have to look forward, because we have LaLiga and other competitions left.

‘This is a young project in which from the beginning we knew we were going to have ups and downs. The league remains and we have to show that we continue.

‘La Liga is very important and we have it close. The message is to look forward. This has already happened.’

Bayern continued their dominance over Barca on Wednesday night, making it six wins in a row for the Germans over the Catalans, with an aggregate score of 19-2.

Teenage midfielder Pedri labelled their Champions League campaign a ‘failure’ and says his side do not deserve to be in the competition.

‘For me it’s a failure,’ the 19-year-old told Movistar. ‘We don’t deserve to be in the Champions League, we’ve shown it in games. But we have many competitions to face and give joy to the fans who have been with us at all times.’