Barcelona have reportedly made contact with Arsenal target Malang Sarr as the La Liga outfit begin their summer recruitment plan to put last season’s disappointment behind them. Barcelona officials were already disheartened at finishing the domestic campaign without a major trophy.

The Champions League gave them a chance to rectify that and they got off to a good start with a convincing win over Napoli to reach the quarter-finals.

But they ended up being humiliated by Bundesliga champions Bayern Munich, losing 8-2 in a historic defeat.

Lionel Messi could be seen looking dejected alongside his Barcelona team-mates.

Setien was already facing an uncertain future before their Champions League capitulation but Barcelona have now moved quickly to relieve the 61-year-old of his duties. 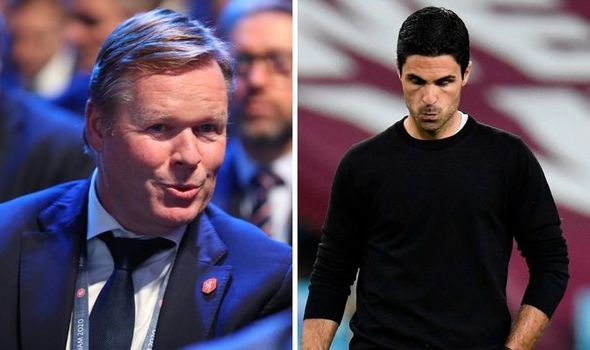 The La Liga outfit will now want to move quickly to put last season behind them with Ronald Koeman set to come in on a two-year deal.

But he takes over a club in disarray with a debt reported to be excess of £630million.

That’s likely to affect their transfer plans this summer, meaning the free agent market is expected to be a main source of activity.

Former Nice defender Sarr has attracted plenty of interest from clubs all over Europe, with Arsenal one of several sides reportedly in contact.

But France Football now report Barcelona have entered the race for his signature.

And during those talks, Abidal reportedly promised the 21-year-old ample playing time in the starting line-up. 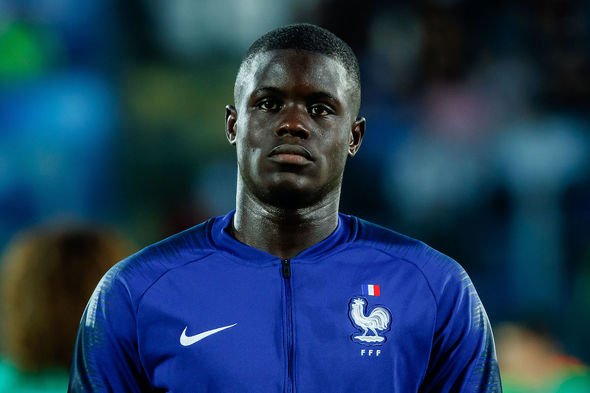 The latter though has been linked with a big-money move away from the Nou Camp to help raise funds this summer.

Barcelona have already been busy in the transfer window, bringing in Miralem Pjanic from Juventus with Arthur moving in the opposite direction.

Portuguese winger Trincao will also join up with his new team-mates after a deal was agreed back in January for the 20-year-old to move from Braga.