Barcelona are likely to sack Eric Abidal after he attempted to defend Quique Setien in the aftermath of the club’s 8-2 Champions League defeat to Bayern Munich, reports say. The La Liga giants saw their hopes of European glory ended in ruthless fashion on Friday night. And Josep Maria Bartomeu is now primed to be ruthless, with the presidential elections on the horizon.

Barcelona went into the match against Bayern Munich as underdogs, despite being widely regarded as one of the best sides on the planet.

Yet they were ruthlessly dispatched by their Bundesliga counterparts, with Hans-Dieter Flick’s side putting in a brutal and emphatic performance in Portugal.

Now, Setien is primed to be sacked with the spectre of Mauricio Pochettino lingering in the background.

And Catalan newspaper Sport claim Abidal is likely to follow.

The Barcelona director was a big advocate of Setien when he took charge in January, replacing the popular Ernesto Valverde. 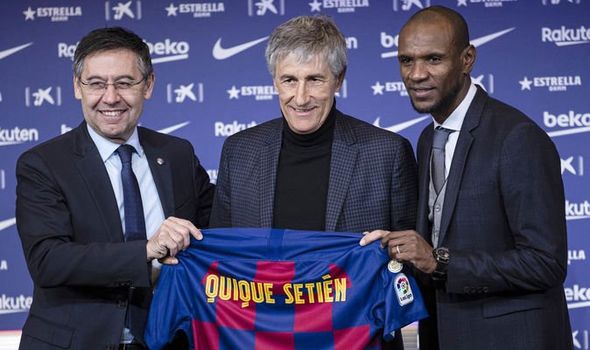 And it’s claimed that, in the aftermath of the defeat to Bayern, Abidal attempted to defend the 61-year-old from criticism levelled his way.

Now, Bartomeu is primed to chop him from the Barcelona board.

And Pochettino is the favourite to replace Setien at the Nou Camp – although they also have other managers on their radar.

Ronald Koeman, Theirry Henry and Xavi all had successful spells at Barcelona during their playing days and are candidates to take over in Catalonia.

And so too is Massimiliano Allegri, with the Italian out of work since leaving Serie A champions Juventus in the summer of 2019. 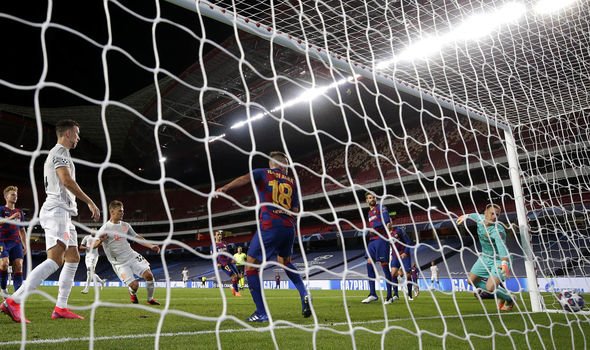 After the match on Friday, Barcelona boss Setien lambasted his side’s insipid display and appeared a man resigned to his fate in the process.

“It’s a tremendously painful defeat. They scored more goals that they merited,” he said.

“We started pretty well but the power of the opponents, in many phases of the play, overran us.

“I’m not going to talk about what is needed at the club. I’ve been here for just a few months.

“If Gerard Pique says that it’s time for big changes there’s going to be importance to his words.

“It’s time for us to review and take the decisions which are needed for the future.

“I think that right now it’s too soon to be talking about whether I stay at the club or not.

“The reality is that it doesn’t depend on me. It’s worth all of us working out what’s important and considering a wide range of things which correspond to a defeat of this importance and which is so painful.”

Barcelona have now finished the season without a trophy for the first time since 2013/2014.

And they’ve now gone five years without the Champions League prize, with their last triumph coming back in 2015 when Luis Enrique ruled the roost.