Barcelona boss Ronald Koeman is open to offering Luis Suarez or Ivan Rakitic to Lyon in order to sign Memphis Depay, reports say. The Dutch winger is wanted at the Nou Camp after his sparkling performances in Ligue 1 this season. But, with Barcelona strapped for cash, they may have to use a swap deal to bring the 26-year-old to the club.

Barcelona have named Koeman as their new manager, with the former Everton boss taking over from Quique Setien after the club’s 8-2 Champions League defeat to Bayern Munich.

And the 57-year-old wants to build an exciting new team at the club as they look to bounce back from a horrendous campaign.

Koeman is eyeing a move for Depay, who he’s managed at international level with the Netherlands.

The Manchester United flop has rebuilt his career at Lyon following his move in January 2017, recently helping them make the semi-finals of the Champions League.

And OkDiario claim Barcelona are ready to offer Rakitic or Suarez as bait in order to convince Lyon into selling up. 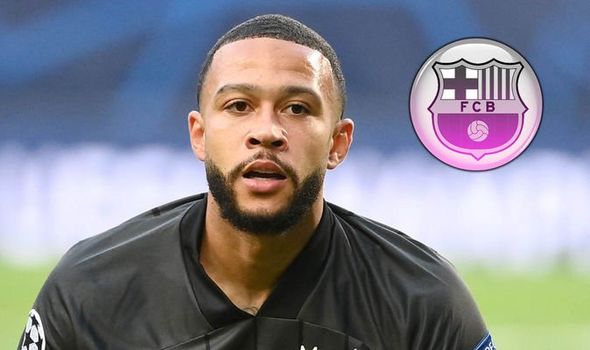 Both players have been deemed surplus to requirements by Barcelona, despite being vital assets ever since their arrivals in the summer of 2014.

Rakitic will be allowed to leave with Barcelona instead hoping Frenkie de Jong and Riqui Puig can be their future in the middle of the park.

And though Suarez has insisted he wants to stay at Barcelona, he may be offloaded to make room for new recruits.

Many wrote off Depay when he left United under a cloud in 2017, having failed to live up to expectations during his time at Old Trafford.

Yet the 26-year-old has bounced back emphatically and, this season, scored six goals from eight Champions League matches. 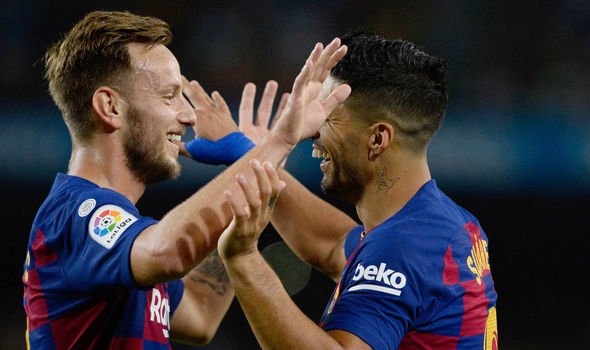 He also found the net nine times from 13 Ligue 1 matches, registering two assists along the way.

And whether he’ll join Barcelona remains to be seen, with Lyon likely to cash in order to raise funds for a summer spending spree.

Meanwhile, speaking recently, former United star Louis Saha expressed a belief that his old side should bring Depay back to Old Trafford.

The forward lasted just 18 months after moving from PSV Eindhoven back in the summer of 2015.

And Saha said: “I wasn’t a fan of Memphis Depay when he was originally at the club because I don’t think he was mentally ready, but he has improved dramatically and proved to be a major force in Ligue 1.

“Depay has really matured and has become a leader in an exciting Lyon team.

“He has always had the quality to play at the top level and I think he would be very motivated to return to Old Trafford and prove he is good enough.”

The Argentina international sparkled for the Serie A giants as they made the Europa League final, where they lost to Sevilla on Friday night.

But signing him won’t be easy with Inter demanding over £100million for their prized asset.