Barcelona boss Quique Setien has refused to apologise to Antoine Griezmann after the club’s 2-2 La Liga draw with Atletico Madrid on Tuesday. The France international started the match on the bench and only came on in the 90th minute. But Setien has now sent a strong message to critics regarding his treatment of the 2018 World Cup winner.

Barcelona saw their hopes of La Liga glory dealt a blow, with Atletico holding them to a 2-2 draw on Tuesday night.

The Catalan giants took the lead through a Diego Costa own-goal in the 11th minute, with Saul Niguez then levelling eight minutes later.

Barcelona got their noses in front again through Lionel Messi, whose deft Panenka chip from the penalty spot sent fans wild on social media.

However, Atletico weren’t to be denied and got themselves a point courtesy of another Saul spot-kick.

Griezmann entered the fray in the 90th minute at the Nou Camp and his stock under Setien appears to be at an all-time low. 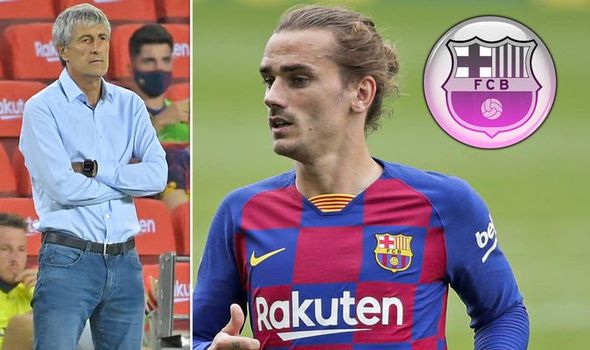 But Setien has refused to say sorry, saying after the match: “I understand it’s tough for Griezmann to come on when so little time left.

“I will speak with him tomorrow, I won’t say sorry because [it’s about] decisions.

“But I understand he may feel bad and I feel bad for him because he’s a great person and professional.”

Big things were expected from Griezmann when he joined in the summer transfer window, with Barcelona paying over £100million to secure his signature.

But he’s struggled and is being linked with a move to PSG amid Barcelona’s desire to re-sign Neymar. 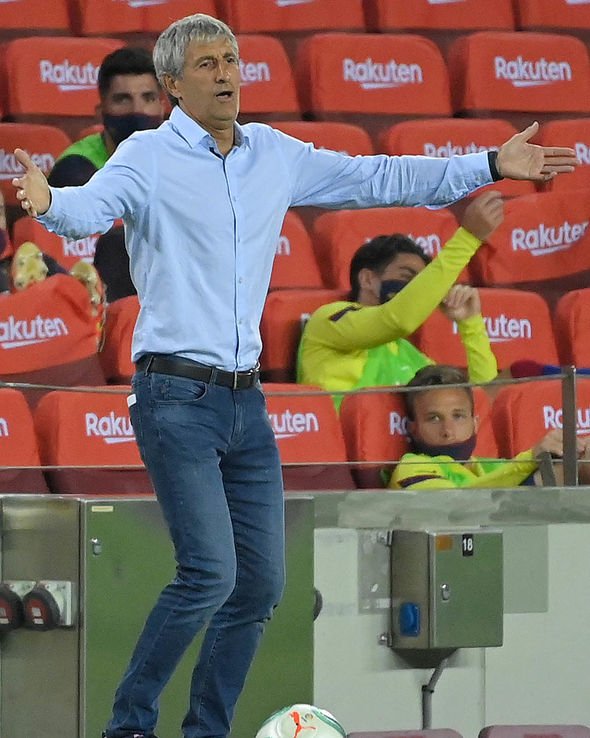 Setien’s side are facing a big fight to retain their La Liga crown, with Real Madrid set to move four points clear if they beat Getafe on Thursday.

Yet the Barcelona boss has insisted he doesn’t feel under pressure at the club, despite links to Xavi refusing to die down.

“I don’t feel at all under threat,” he said.

“It’s a shame. We’re having more and more difficulties. Leaving these points behind means we’re moving further away from the title.

“But we have to keep working and Atletico are a good team.”

And he expressed his delight at the result, saying his side gave everything in order to secure the win.

“We are respectful of Barcelona with the quality they have,” Simeone said.

“The game was played as a result of what we usually do. We started well. Their goal came in an isolated play. Then to generate a difficult game against a team that keep the ball well.

“We tried until the end. The work was very good, a very competitive team. I’m happy.”