Barcelona have appointed Ramon Planes as their new sporting director following the departure of Eric Abidal.

Planes had been Abidal’s assistant in that department since June 2018 and the club announced on Wednesday morning that the 52-year-old will now step up to the top position.

It is the latest step in what is set to be a major shake-up of Barcelona’s playing and non-playing staff this summer in the wake of their Champions League humiliation by Bayern Munich. 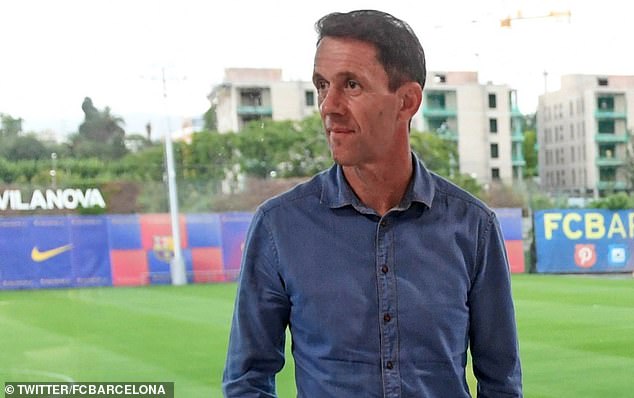 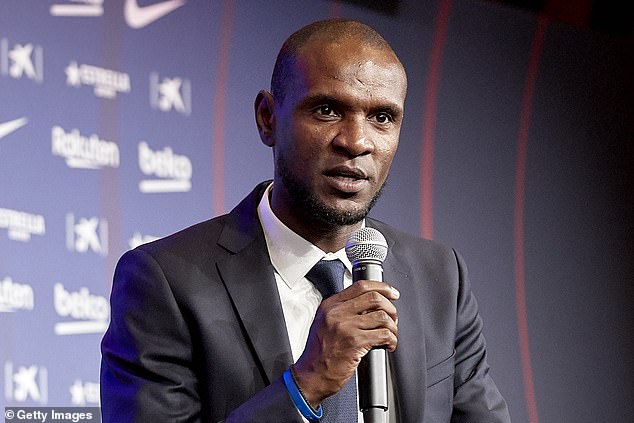 Planes was assistant to Eric Abidal, who departed as the club’s sporting director this week

Incoming manager Ronald Koeman if set to lead a huge overhaul of the squad after president Josep Maria Bartomeu said on Tuesday that only eight first-team players are ‘non-transferable’.

Planes arrived at Barcelona just over two years ago having served as technical secretary at fellow LaLiga club Getafe.

He performed similar duties at Premier League club Tottenham during the 2014-15 season following the appointment of his friend Mauricio Pochettino.

Planes has also worked at a number of Spanish clubs and was technical secretary at Espanyol between June 2007 and May 2009, before becoming sporting director until November 2012. 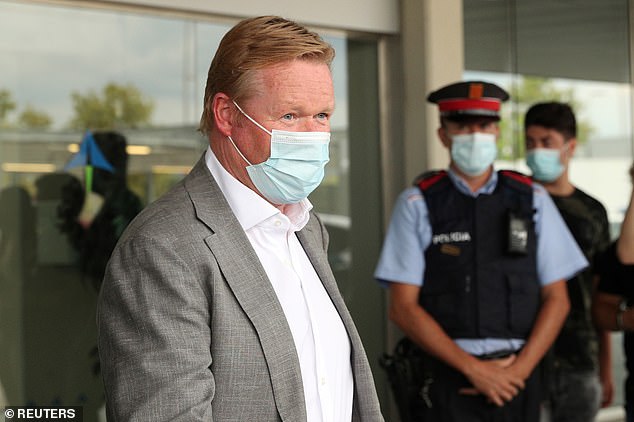 Ronald Koeman has been appointed as Barcelona’s new manager, signing a two-year deal 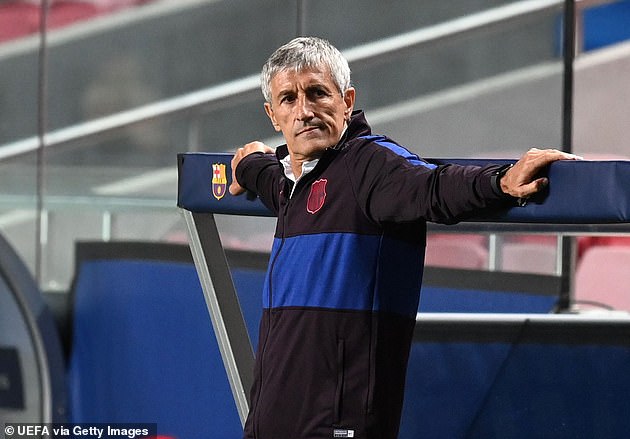 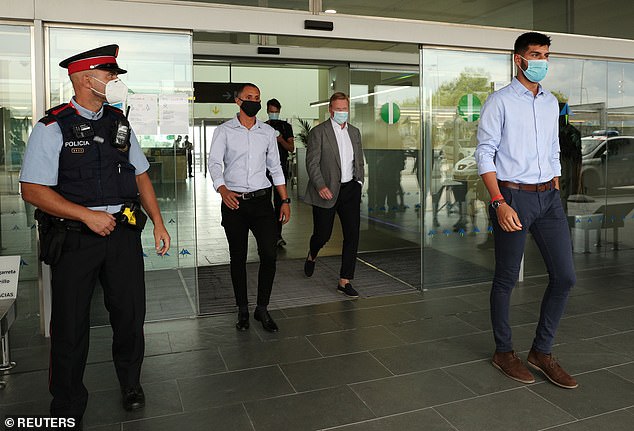 A brief statement released by Barcelona on Wednesday morning read: ‘FC Barcelona has named Ramon Planes as the figure in charge of the technical secretary.’

It came after Abidal, the former Barcelona defender, departed following two years in the position. His final act had been the sacking of manager Quique Setien in the wake of Friday night’s 8-2 defeat.

A Barcelona statement read: ‘The FC Barcelona and Eric Abidal have reached an agreement for the termination of the contract binding both parties.

‘The Club publicly expresses its gratitude to Eric Abidal for the professionalism, commitment, dedication and positive and close treatment that he has always shown towards all the estates that make up the Barca family, and wishes him luck and success in the future.’