Barcelona want money from Luis Suarez if he moves to Juventus – but the Serie A side reportedly don’t intend to give them a penny. The Catalan giants are ready to offload the Uruguay international this transfer window. And they’re keen to land Inter Milan’s Lautaro Martinez as his replacement.

Barcelona signed Suarez from Liverpool in 2014 and, though they had to wait for him to make his debut as a result of a biting scandal at the World Cup, he’s proven himself to be money well spent.

The Uruguay international propelled the Catalan giants to treble glory in his first season at the Nou Camp, thriving alongside Lionel Messi and Neymar in attack.

And Suarez has been a consistent performer in the time since, bagging 198 goals from 283 appearances.

Now, Barcelona want to offload the forward – with Inter Milan’s Martinez eyed as his replacement.

And Goal say Suarez is willing to sit down and talk with Barcelona about his future, with Juventus in pole position to secure his signing.

The former Liverpool star has a year left on his contract, with an automatic renewal for a further year should he appear in more than 60 per cent of matches. 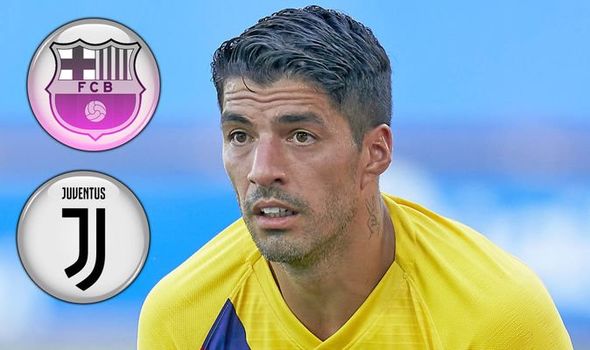 Should they try and wriggle out of paying Suarez off, it’s claimed the forward will simply return to training and collect his weekly salary.

Yet, if they’re able to come to an accord, then the Uruguay international will leave Messi to link up with Cristiano Ronaldo at Juventus next season.

It’s claimed Barcelona will try to recoup some compensation from Juve should that happen.

But Juventus reportedly have no intention of providing the La Liga giants with ‘what would essentially be a handout’. 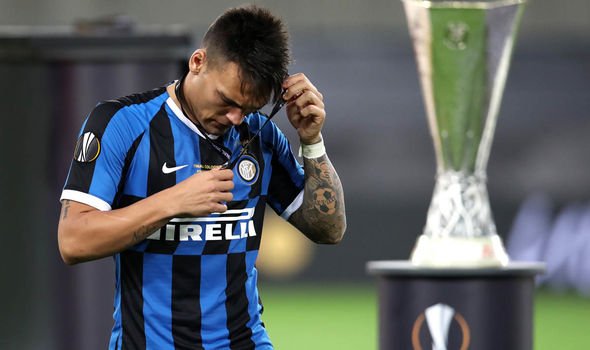 Barcelona are poised to make one final bid for Inter Milan star Martinez, who sparkled as the club reached the Europa League last season.

But signing him won’t be easy with the Serie A titans likely to play hardball in transfer negotiations for their prized asset.

Meanwhile, speaking earlier in the year, Martinez’s old coach Diego Cocca urged him to seal a move to Barcelona to enhance his development.

“I was surprised,” he said when asked what it was like to coach the 23-year-old.

“The level of maturity, he was a professional player, he interpreted, he understood, he wanted to see pictures, to work on his weaker foot, to work on everything that made things complicated for him.

“Most boys at that age try to hide their flaws, and he just wanted to improve. There, we started to glimpse that he was going to do something very important.

“Knowing Lautaro, he’s a boy who likes challenges and surely that’s what going to Barcelona would be for him.

“I tell you what I think: logically, Lautaro is the protagonist and he has the last word.

“He’s clearly at a very important team like Inter, but it doesn’t happen every day that Barca come looking for you and he can play with the best footballer in history, outside of the national team, and share all these days with him.

“There is no way I would pass that up.”