Barcelona 4-0 Athletic Bilbao: Xavi’s side romp to easy victory with Dembele, Roberto, Lewandowski and Torres netting as hosts race out of the blocks to help them keep tabs with leaders Real Madrid in LaLiga

Barcelona won without breaking sweat for the second time in four days as they continue to get over their defeat to Real Madrid. Xavi’s team put four past Athletic Bilbao with Ousmane Dembele unplayable for the Basques and Robert Lewandowski scoring his 12th goal of the season.

Dembele scored the first and it was the world in reverse with Lewandowski crossing and the French winger heading in the chance.

Dembele had started the move with a clever curling shot from the edge of the area that Unai Simon pushed away, only for Barça’s Polish centre-forward to show he knows how to send in a cross as well as get on the end of them. 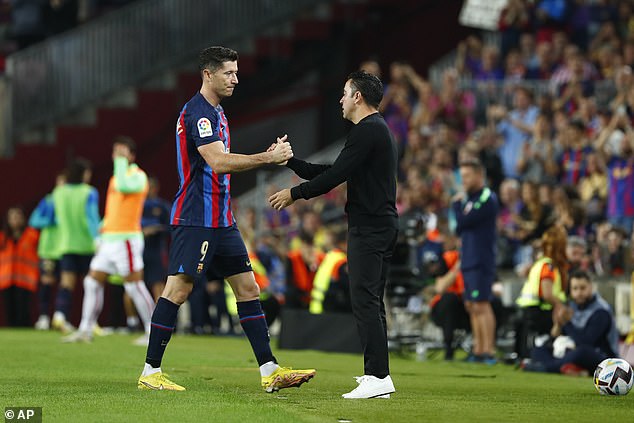 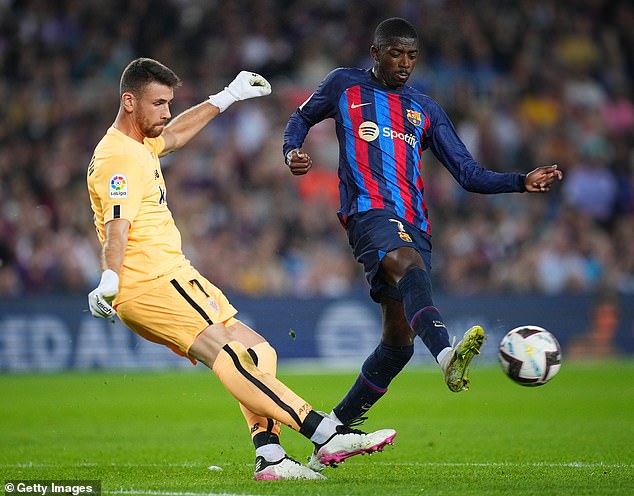 The second came from Sergio Roberto on 18 minutes. He was fed by Dembele and he burst through to beat Simon.

It was three on 22 minutes and this was the best of the lot. Lewandowski spun away from Oscar de Marcos and beat Simon. Barça had gone one better than on Thursday.

They were 3-0 up after 33 minutes against Villarreal – now they were sitting pretty with the same advantage and 10 minutes early.

There was more to come in the second half as man-of-the-match Ousmane Dembele played in Ferran Torres and he got his second goal in two games. 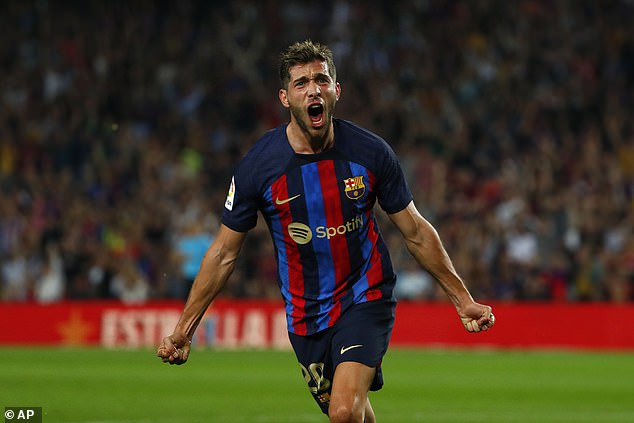 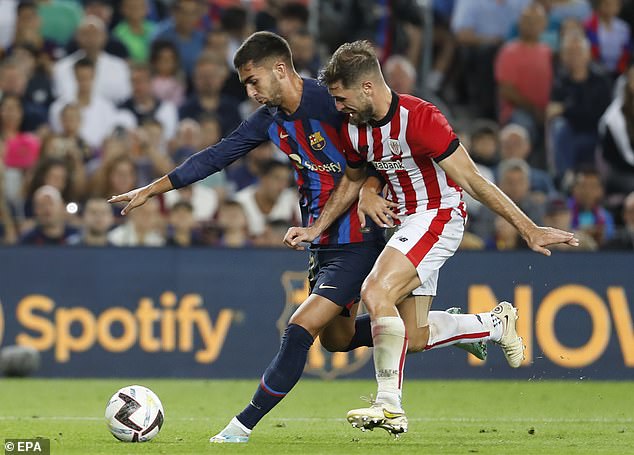 Barça fans will lament why these performances didn’t come against Inter in the Champions League and at the Santiago Bernabeu last week but it seems Xavi’s has learned lessons from those horror shows. There was an extra midfielder on the pitch against Athletic with Gavi lining up with Pedri, Sergio Busquets and Frenkie de Jong. 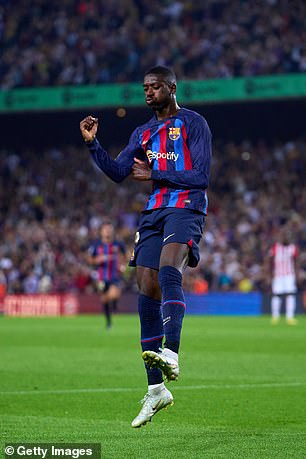 Dembele was in fine form as Barca didn’t break sweat

The 18-year-old had to be taken off in the first half when he was kicked by Dani Garcia. The Athletic midfielder had come on to replace the injured Ander Herrera.

The substitute had to be substituted in the second period – everything went wrong for Ernesto Valverde on his return to the Camp Nou.

The Athletic coach won four trophies in two and a half years at the club delivering two La Liga titles – he said this game was not about revenge for the way he was sacked in January 2020 while the team were top of La Liga.

‘I just wanted to win’ he said. They never came close.

Xavi’s team passed them into submission and with lethal finishing put the game beyond them so soon in the game.

‘The second goal killed us because it came so early,’ said the visitor’s coach. ‘They were so much better than us.’

The only disappointment for Barça were the injuries to Gavi what looked like a dislocated shoulder for Sergio Roberto. They can now look forward to taking on Bayern Munich on Wednesday night. They are in the sort of form that would suggest they could beat them.

The bad news is that it might still not be enough. If Inter have won their early kick-off Barcelona will already be in the Europa League.

‘We are disappointed to not have our destiny in our hands,’ said Busquets after this win. ‘But we have responded well in the last two games.’ 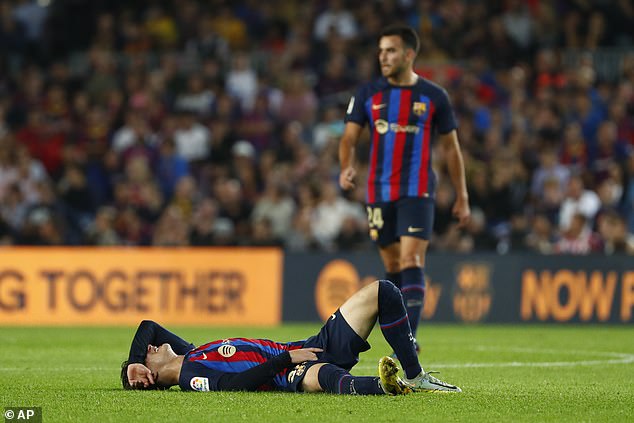 Midfielder Gavi left the field with an injury, one of the only negatives for Barca on the night 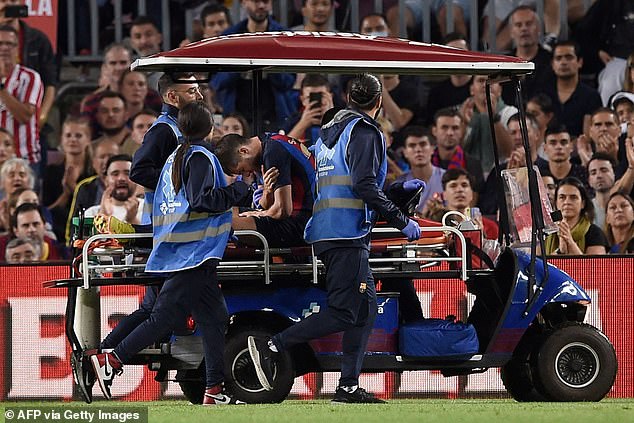 Roberto, meanwhile, left the field on a cart after he seemed to dislocated his shoulder