Manchester: Leeds United have waited 16 long years to return to the Premier League and Marcelo Bielsa's side will get a very clear reminder of what they are now up against when they face champions Liverpool at Anfield in their season opener. 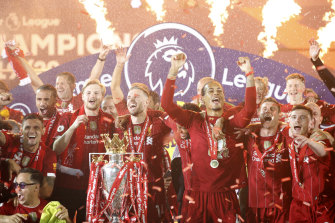 Analysis by data company Gracenote reveals that this season's competition will contain the highest number of former league champions for 51 years.

Two of those former champions, Tottenham Hotspur and Everton, meet on Sunday in North London in a match which pits Jose Mourinho against Carlo Ancelotti.

Spurs are searching for the consistency they so lacked last season while Everton have strengthened impressively in the transfer market with James Rodriguez, Brazilian Allan and Abdoulaye Doucoure transforming their midfield.

Chelsea, fourth last season, have been the busiest of all in the transfer market and several of their new faces are set to make their debuts in Monday night's game at Brighton.

Manchester City and Manchester United, second and third last term, both have bye weeks after being involved in European competition in August.

Meanwhile, the Premier League said on Thursday that players and match officials will wear a "No Room For Racism" badge on their shirts for the entirety of the 2020-21 season, replacing the "Black Lives Matter" logo that previously appeared on kits. 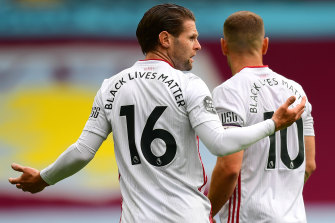 The "Black Lives Matter" logo appeared on kits for all the games following the COVID-19 break last season and the league said it will support players who 'take a knee' at matches to highlight racial injustice.

"We, our clubs, players and match officials have a long-standing commitment to tackling discrimination," Premier League chief executive Richard Masters said in a statement.

"Players … have a strong voice on this matter, which we saw last season.

"We have continued to talk and listen to players on this issue and will support them as well as continuing to emphasise the Premier League's position against racism.

"Discrimination in any form, anywhere is wholly unacceptable and 'No Room For Racism' makes our zero-tolerance stance clear.

"We'll not stand still on this important issue and we'll continue to work with our clubs, players and partners to address all prejudiced behaviour."