Atletico Madrid were left to rue three missed penalties over the two-legged tie as Chelsea progressed to the Women’s Champions League round of 16 following a 1-1 draw in Monza.

In almost identical fashion to the first leg, Chelsea’s Maren Mjelde broke the deadlock from the penalty spot, this time less than two minutes after Atletico’s Toni Duggan had fired a spot-kick against the crossbar.

The home side did manage to pull a goal back, but Emelyne Laurent’s curled effort in added time could not change the outcome of the match. 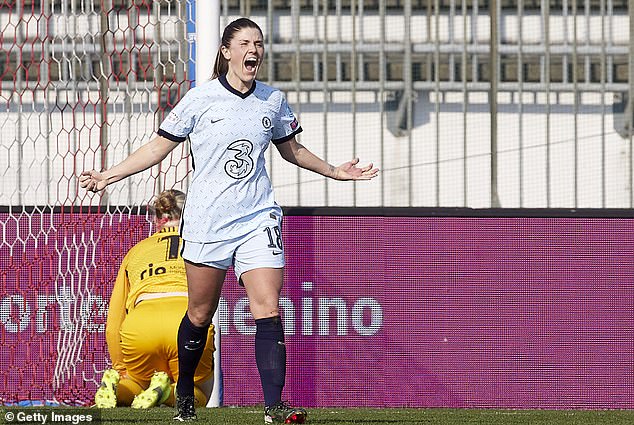 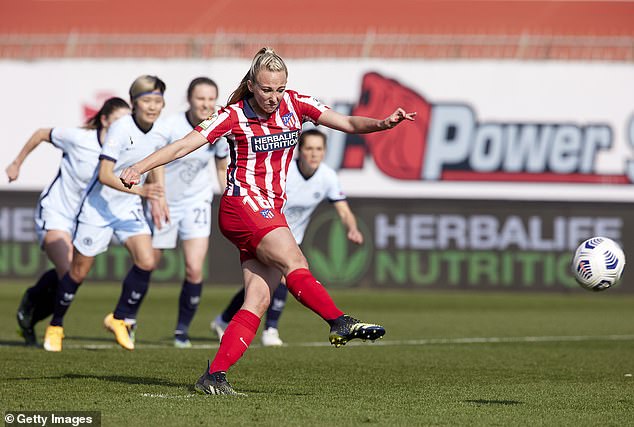 Chelsea took a two-goal advantage to northern Italy following the game at Kingsmeadow, where Mjelde scored a penalty and Fran Kirby added a second as they played the majority of the match with 10 players.

Atletico started brightly but the Blues grew into the game as the half continued, with Pernille Harder and Kirby both firing wide of the target inside the opening half an hour.

The Spanish side had a penalty shout in the 52nd minute when Niamh Charles seemed to be slightly late with her challenge on Ludmila, but the referee awarded a corner. 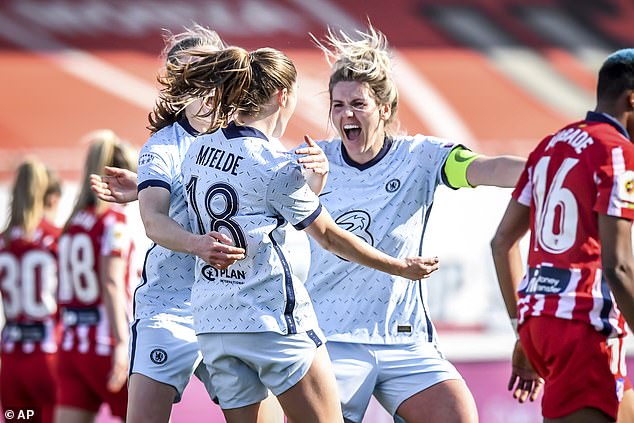 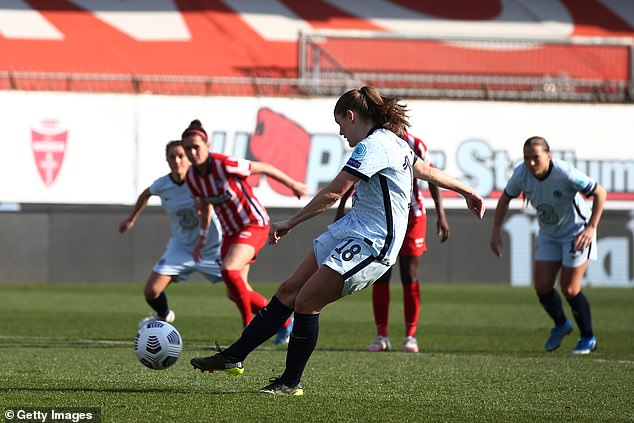 After the earlier penalty shout, Atletico were awarded a spot-kick for a handball by Charles in the 74th minute.

England international Duggan stepped up to take the penalty but fired the ball against the bar.

Less than two minutes later, the referee once again pointed to the spot, this time in favour of Chelsea, but the ball had appeared to hit the side rather than the arm of the defender. 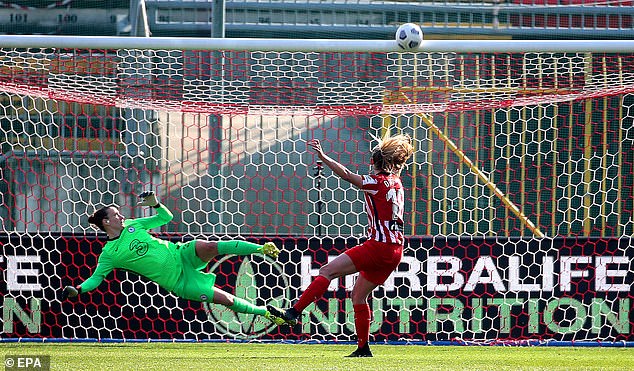 Mjelde, who had dispatched one successfully in the first leg, did the same in the second, striking the ball into the back of the net.

Atletico did pull a goal back in the second minute of added time, Laurent being fed through towards the edge of the box before curling the ball home, but it was not enough to stop Chelsea’s progress.