Keinan Davis’ late strike denied West Brom a vital victory in their battle against Premier League relegation as they drew 2-2 at Aston Villa.

West Brom were much improved after a lacklustre showing against Leicester on Thursday, but went behind inside nine minutes when Semi Ajayi was penalised for a foul on Ross Barkley in the area. Anwar El Ghazi (9) scored the penalty, but the Baggies’ own spot-kick was not far behind.

Ezri Konsa was the Villa culprit, clipping the feet of Ainsley Maitland-Niles, with the impressive Matheus Pereira (23) firing home the penalty to see West Brom level. The winger also rattled the underside of the crossbar with a superb free-kick in a strong first half for the visitors.

It was a night to forget for Aston Villa’s centre-backs, who both had a hand in West Brom’s second goal. Konsa’s poor control allowed Mbaye Diagne through, and his cross was then turned into his own net by a sliding Tyrone Mings.

For the remainder of the second half Aston Villa were camped around the West Brom area – although the visitors had chances of their own – and the hosts made it count in the second minute of added time. Davis took advantage of some poor Baggies communication to stab the equaliser home, scoring his first Premier League goal.

However, Aston Villa have now won only two of their last 10 Premier League outings and remain in 11th. For West Brom, it was a bitter late blow for their survival hopes as they are two points behind Fulham and nine away from Brighton in 17th place with five games to play. 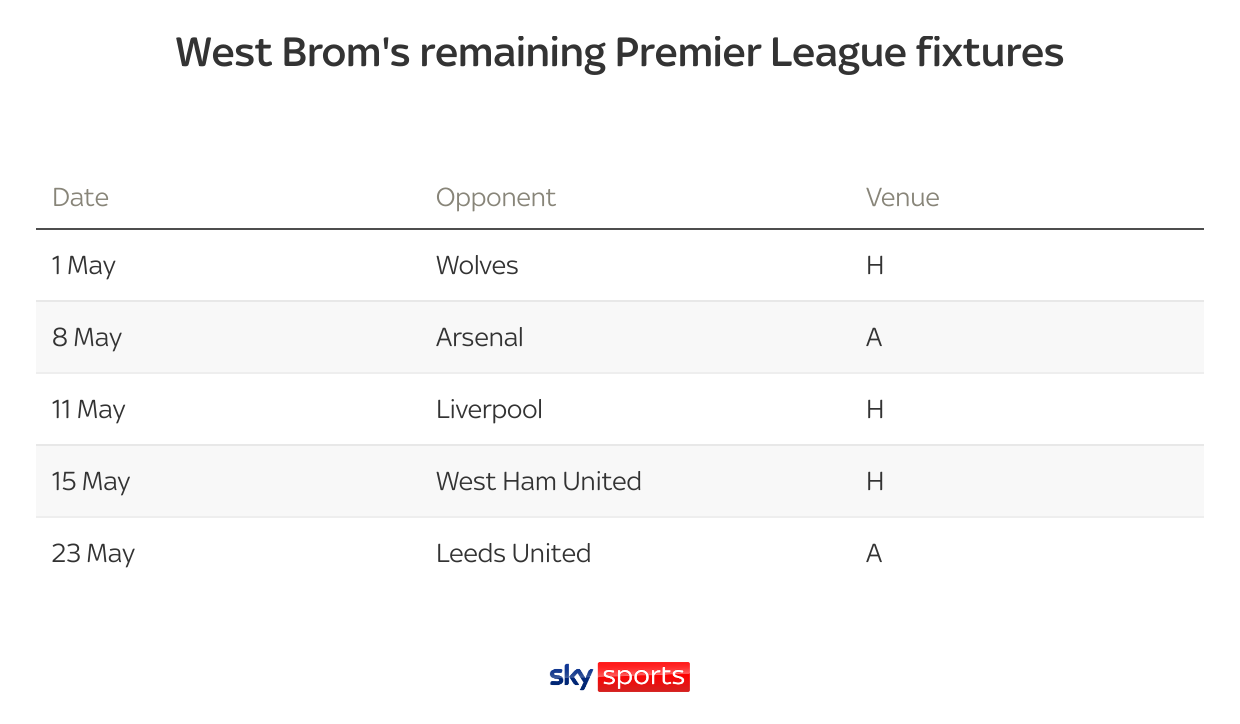 Inside eight minutes, Aston Villa were awarded a penalty. Ajayi caught Barkley on the ankles inside the area, with referee Stuart Attwell pointing to the spot. El Ghazi then lashed a thunderous penalty into the back of the net, sending Sam Johnstone the wrong way.

West Brom almost responded instantly as Pereira swung a free-kick over the bar, but they were given their own chance from the spot in the 22nd minute. Konsa was penalised for a clip of the feet of Maitland-Niles, which VAR confirmed after a short review. Pereira lined it up and also dispatched the penalty wonderfully, with Emiliano Martinez unable to reach high enough to keep it out.

Man of the match: Matheus Pereira.

Soon after, both goalkeepers were called into action. Johnstone twice denied El Ghazi, once from range and the second near the post. Martinez then leapt to keep out Maitland-Niles from the top of the area, with Pereira gliding past Douglas Luiz and nutmegging Matt Targett in the build-up.

The winger should have fired West Brom ahead just before the break. Conor Gallagher won a free-kick over on the left, but Pereira could only find the underside of the crossbar with his resulting effort.

Two minutes after the restart and West Brom were ahead. It looked like neither Konsa nor Mings had refocused after half-time, with the former poorly controlling a goal-kick from Johnstone, allowing Diagne to drive onto the ball. His cross was then turned home by the studs of Mings’ outstretched foot – the first own goal Aston Villa have conceded this season. 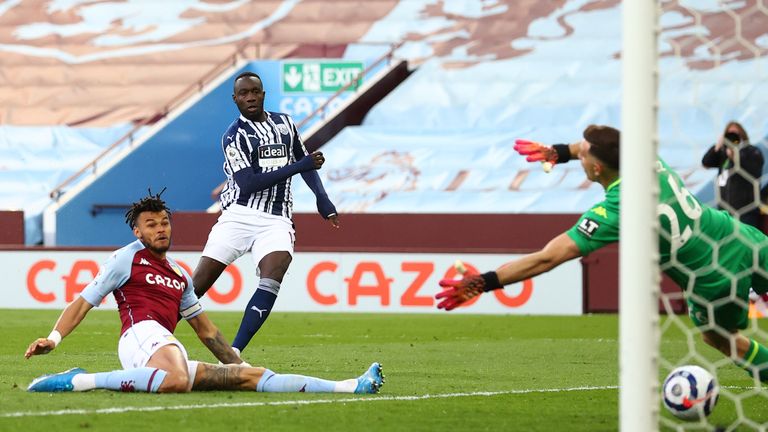 Villa continued to dominate the half, but both goalkeepers had work to do again. Just after the hour, Ahmed Elmohamady sent a sensational first-time volley goalwards, but Johnstone was there to push it away. Then, Ollie Watkins got in behind the West Brom defence, but Johnstone was poised at the near post to beat the eventual strike away.

Konsa had Martinez to thank for not making it a second own goal during West Brom’s best period of the half. Gallagher’s corner was inadvertently nodded onto the post and looked to be heading in, but Martinez was there to flick the ball away from his fingertips. He made another sensational stop soon after, leaping to keep out Pereira from range.

23 – Within the first 23 minutes, this is the earliest into a @premierleague match that both sides have scored a penalty goal since QPR v Newcastle in May 2013 (18 minutes). Square.

Davis replaced Barkley in the 83rd minute and had an instant impact. He pinged an effort off the post soon after and took advantage of some poor West Brom play in the second minute of injury-time to seal a point. Kyle Bartley and Johnstone dithered over a Watkins header, both waiting for the other to clear, allowing Davis to come through with a foot to send the ball into the net.

Man of the match – Matheus Pereira

It was a sensational first half from Pereira which proved just why he is so vital for West Brom. He was at the heart of every Baggies attack and should have added more than just the one goal to his tally.

His set-piece delivery was inch-perfect, and he hit the underside of the crossbar with a late free-kick. Although quieter in the second half, when West Brom had their best spell of the game, he again was the main instigator and forced a sensational save from Martinez with a long-range effort.

He had four shots – the joint-highest on the pitch, two of which were on target – and made three key passes. Pereira also made the highest number of tackles in the West Brom squad (3), showing another side to his impressive game.

Aston Villa are back in action on Saturday when they travel to Everton in the Premier League; kick-off 8pm. For West Brom, they face another Midlands rival in Wolves on Monday May 3, live on Sky Sports; kick-off 6pm.