Arsenal were put to the sword as an outstanding Barcelona side romped to a 4-1 win in their Women’s Champions League Group C opener.

Frida Maanum grabbed a consolation for the Gunners, but only the performance of goalkeeper Manuela Zinsberger stopped it from being a really embarrassing evening as she made a host of saves, including from Putellas’ stoppage-time penalty.

The keeper had to face 37 shots as Barca showed why they are favourites to retain their title.

Zinsberger got a sense of the sort of night she was in for after just seven minutes as she had to produce a top save to deny Caldentey.

The Gunners were second best in every department and facing incessant Barca pressure.

They eventually succumbed in the 31st minute and Zinsberger will have thought she could have done better. 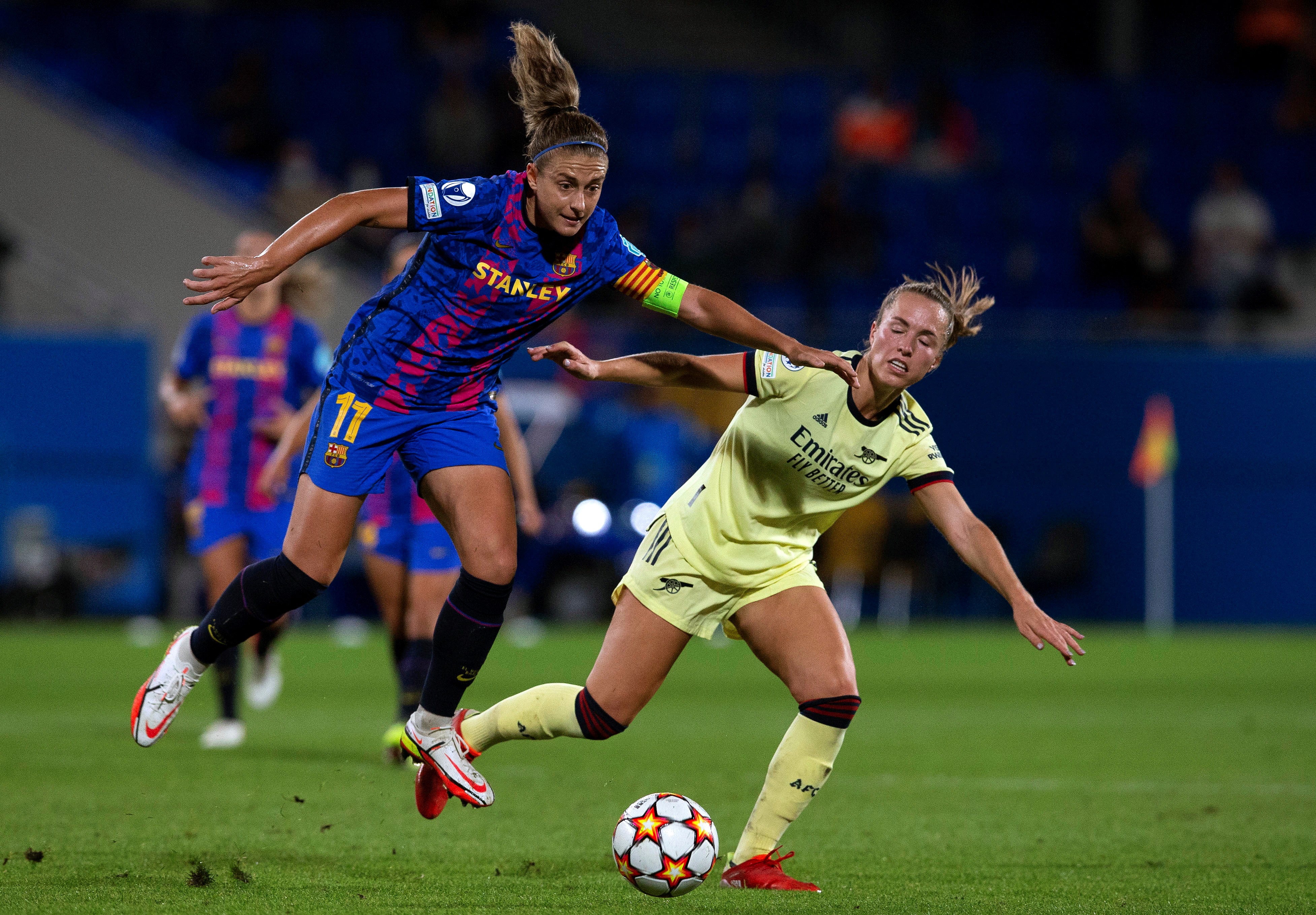 The Austrian got down to save Oshoala’s low shot, but she could only parry it into the path of Caldentey who coolly slotted home the rebound.

Arsenal could not cope with the pace of Oshoala and she created the second three minutes before the break as she raced down the right and pulled back for Putellas to tap in from close range.

Jonas Eidevall’s side were relieved for the refuge of the dressing room at half-time as the first 45 minutes ended with a 19-0 shot count in the home side’s favour.

Any hopes of a second-half comeback were quickly put to bed as Barcelona added a third. Oshoala deservedly got on the scoresheet with a cool finish in the 47th minute.

Arsenal enjoyed a rare spell of dominance and got a goal back in the 73rd minute as Maanum bundled home with her hip from close range, but it was only a consolation.

Martens, dangerous off the bench, made it four, slotting home after being sent clear and it should have been five but the excellent Zinsberger saved Putellas’ late spot-kick.