Mikel Arteta has warned his unvaccinated Arsenal players that the club will ‘pay the price’ for them refusing to be jabbed.

Swiss midfielder Granit Xhaka declined the vaccination before testing positive for coronavirus last week, as revealed by his national federation. He remains in Switzerland and will not be available for the visit of Norwich.

And Arteta says those without the vaccination could find themselves subject to restrictions. 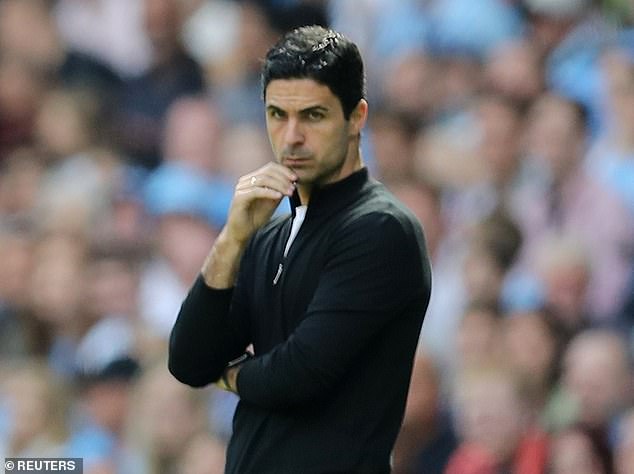 ‘Obviously, it will limit certain aspects if they don’t (get vaccinated), because we don’t want to expose ourselves in certain things,’ said Arteta.

‘For example, travelling. If they are not vaccinated and they travel or socialise in certain situations, obviously the risk increases a lot. We don’t want that exposure with any of our players. Because, at the end, the team and the club will pay the price.’

Arsenal’s season – three defeats from three in the league – has already been disrupted by several positive cases. 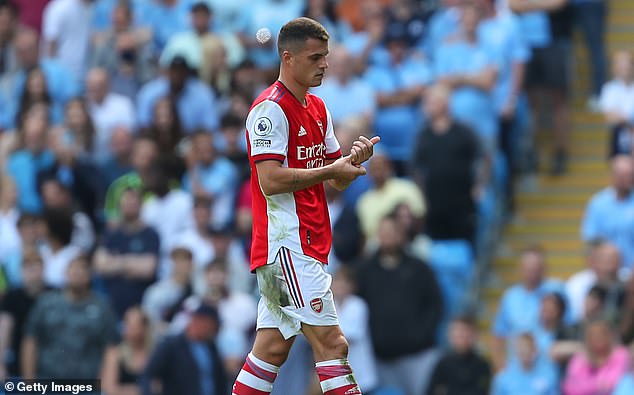 Indeed, Arteta believed their opening game against Brentford should have been postponed after four players contracted the virus, including strikers Pierre-Emerick Aubameyang and Alexandre Lacazette.

England defender Ben White, a £50million summer signing, then tested positive and has not featured since the 2-0 defeat at Brentford on August 13.

Arteta, therefore, is keen for all of his players to be vaccinated as soon as possible.

‘We are trying to explain all of the reasons why we believe this is the right thing to do,’ he said. 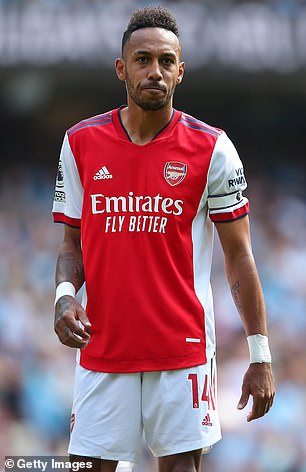 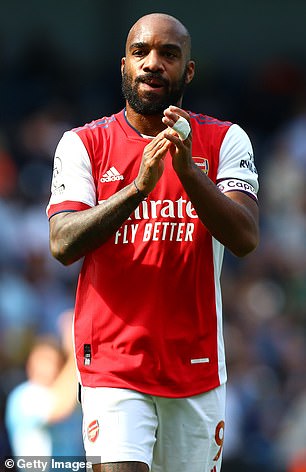 ‘First of all how it will protect the club, and secondly the team-mates, the environment they are around and the exposure they will have if they don’t do it.

‘We have to be on the same page and understand all the facts. The personal facts that someone can have are for many different reasons. Maybe it’s health reasons, a contradiction that he has, the way he’s been educated or something he believes.

‘The other thing is – what is best for the club and the team to try minimise any risk of the player contracting the virus or passing it to anyone else?

‘But it’s a personal matter, not an obligation, and we have to respect that.’