‘It is where we want to be’: Mikel Arteta claims Arsenal being in the Champions League would be a ‘game-changer’ for his ambitions at the Gunners as they seek to recover from three straight Premier League defeats

Mikel Arteta admits a return to the Champions League would shift his Arsenal revolution into another gear.

The Gunners have spent five years outside Europe’s top club competition and have surrendered the initiative in the scramble to finish fourth in the Premier League with three defeats in a row and the pressure is on as they travel to Chelsea on Wednesday.

‘Champions League brings the club much closer to where we want to be,’ said Arteta. ‘To play in the competition that has a huge history and relation to our club. Secondly, obviously, it improves every situation with the sponsors, financially expectations, the capacity to grow our players and expose them to a different dimension of a competition. 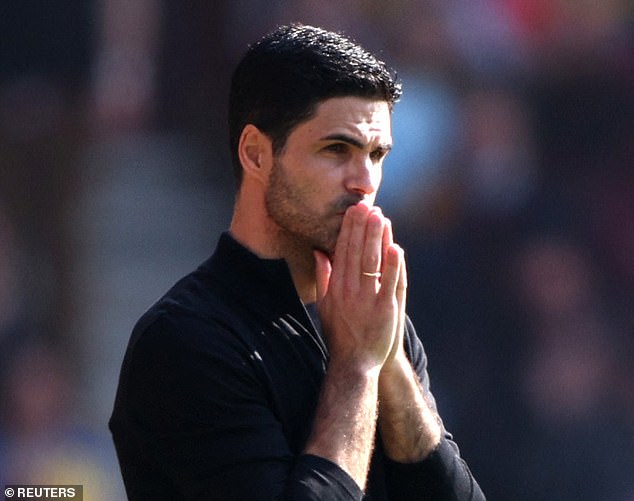 ‘This is where I want to be. It’s a game-changer. The Champions League puts you with the best teams in Europe and we definitely want to be there.’

Goals have dried up with only two in the last five games and Arteta said captain Alexandre Lacazette, who is out of contract at the end of the season and talking to clubs about a move, has not scored a goal from open play since early December.

‘His contract situation allows him to make a decision about his future,’ said the Arsenal boss. ‘We have expressed clearly that our intention is to speak in the summer once we know where we are about what we are going to do in the future together.

‘For the rest, I just want him fully focused on his duty which is now defend Arsenal in the best possible way, like he’s done all the time he’s been with us. That’s why he’s been wearing the armband of this football club. 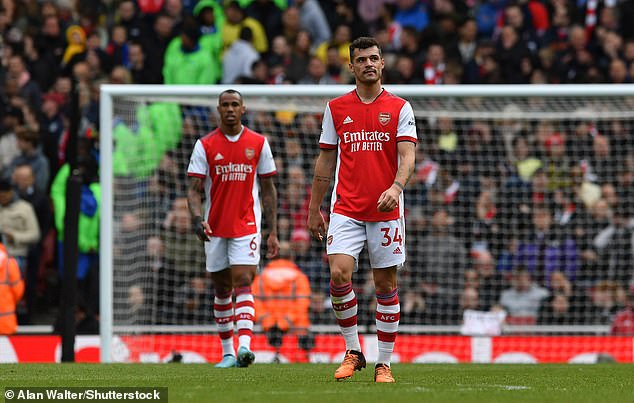 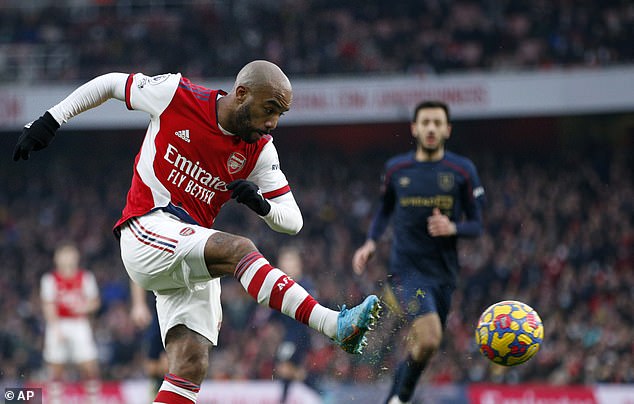 ‘He doesn’t need to tell me what he does in his own life but he has and we discussed that. He’s entitled to do that. He has a duty to do his best here.’

Arteta has always said talks about a new contract for Lacazette would have to wait until the end of the season.

‘It’s the agreement that we made with him,’ he said. ‘That was our position and our position remains the same. This is what we are going to do.’

‘The risk of that happening, it’s always there since the moment we made that decision.