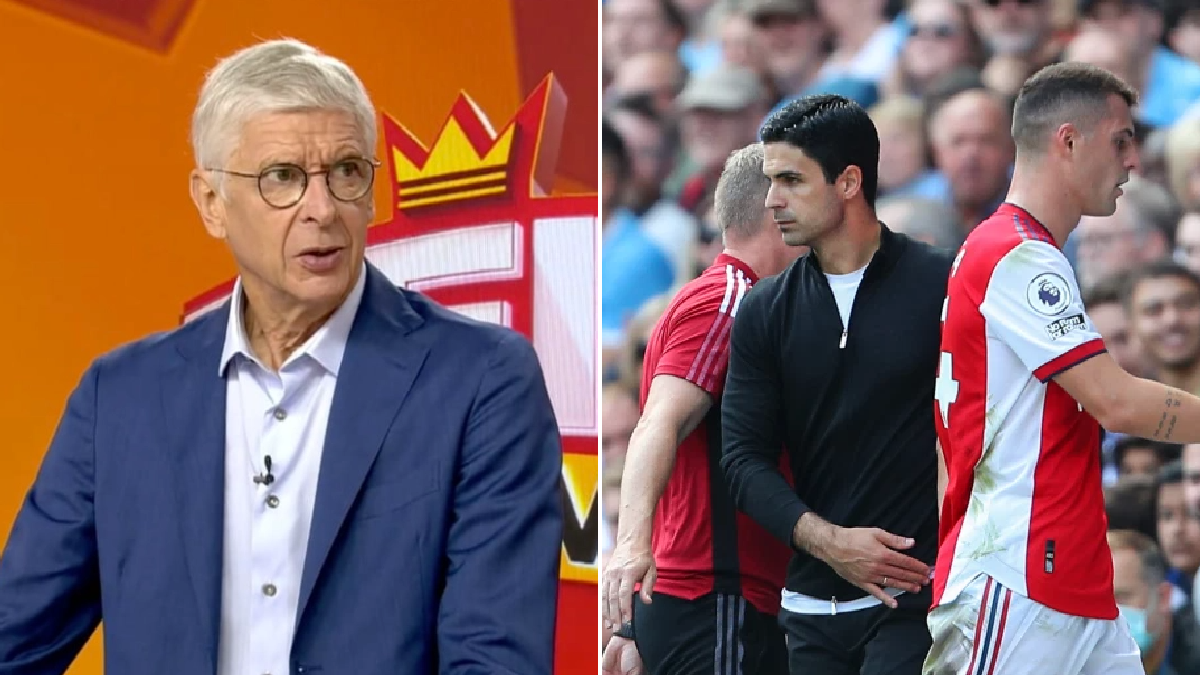 Arsene Wenger insists Arsenal are ‘in good shape’ despite their woeful start to the new Premier League season and is backing the club to bounce back from their opening three defeats.

But manager Mikel Arteta has been hamstrung by a host of injuries to first-team players as well as multiple Covid cases and has not been able to put out anything close to his strongest XI.

Arsenal will be back in action after the international break against Norwich City, who are also winless this season, and there are already suggestions the match could be a must-win game for Arteta.

But Wenger is not worried about his old club’s disastrous start to the season – their worst in 67 years – and is confident they are moving in the right direction.

‘Today the club is in good shape,’ Wenger told BILD LIVE on Friday. ‘They had two tough games [against Chelsea and Manchester City], the team has potential and I hope they can come back.’

Wenger is often linked with a return to Arsenal in some capacity whenever the club encounters difficulty but he has played down the prospect of coming back to the Emirates to aid their current crisis.

Despite losing to Brentford on the opening day of the season, the side bounced back in a behind-closed-doors friendly on Thursday, winning 4-0 against the Bees as the likes of Ben White and Gabriel returned to action.

Speaking about his centre-backs both getting game time, Arteta said: ‘Really good. We don’t have any big injuries as well, they have the minutes, we could work on some things, so it was a good idea to play the game.’

On the state of the squad ahead of the Norwich game, he added: ‘Well let’s see because things change every day so hopefully we will get three or four back that we miss a lot in the last few weeks, and hopefully we don’t lose anyone on the internationals.’