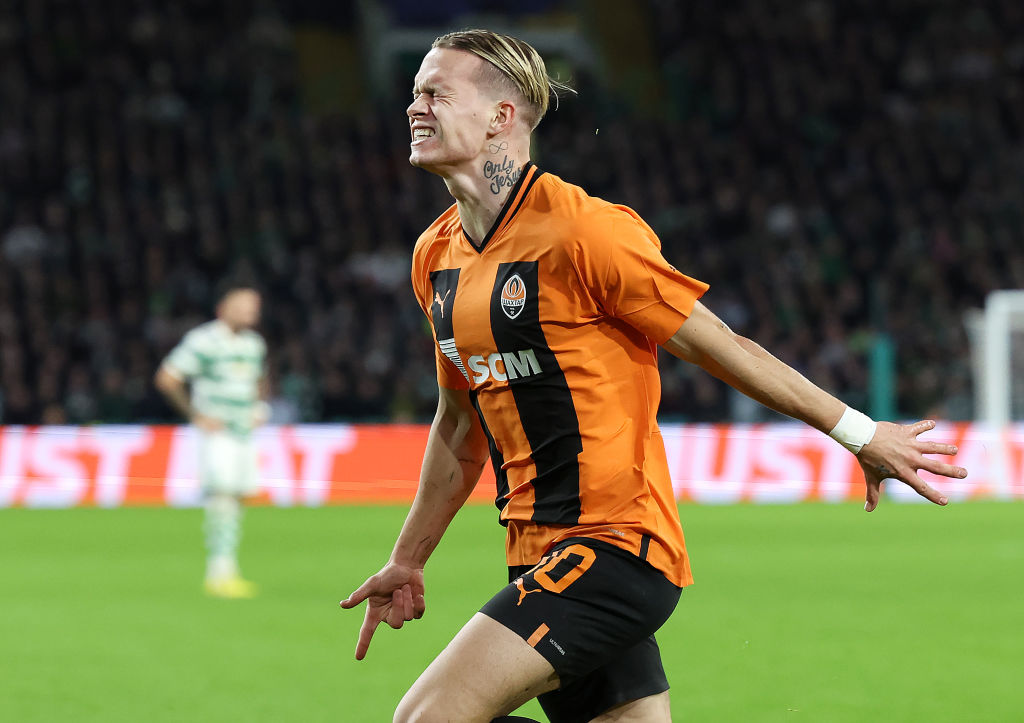 Arsenal and Manchester City have been warned it will cost them more than £87million to prise Mykhaylo Mudryk away from Shakhtar Donetsk.

The 21-year-old winger has been in sparkling form this season with six goals and seven assists, establishing himself as one of the best young attacking talents in Europe.

The Ukraine international has been on Arsenal’s radar throughout the year with reports claiming he has now been shortlisted as a January transfer target to ensure the Gunners’ Premier League title bid doesn’t fade after Christmas.

Mikel Arteta was backed with £130million worth of signings in the summer and could be handed a further £50m to spend in the New Year.

That budget would not stetch far enough for Mudryk, however, with Shakhtar sporting director Carlo Nicolini insisting they would expect a larger fee than the £87million Manchester United spent to sign Antony from Ajax in the summer.

‘Is €40m enough to buy him? We do not speak to these figures,’ Nicolini told Calciomercato.it. ‘

Not even for €50m, we don’t even call the president to communicate the offer. We value Mudryk more than Antony of Manchester United, who cost €100m.

‘We are not obliged to sell, we do not want to make phenomena. We don’t want to shoot figures that aren’t realistic. But in this team, he is the most decisive. If you want to take on certain players who make a difference in the top clubs, you also need the right money.’

Nicolini also confirmed that Arsenal and Manchester are among a number of teams tracking the Ukrainian star.

‘They are two teams that have taken an interest in the player. But there are also other clubs that can spend right away.”

Arsenal still sit top of the Premier League table but questions have been asked over their ability to maintain that form should one of Bukayo Saka, Martin Odegaard, Gabriel Jesus or Gabriel Martinelli get injured.

With that in mind, former Gunners midfielder Emmanuel Petit believes some ‘big decisions’ will be needed in January.

‘A couple of younger players from the academy have just signed new contracts, Eddie Nketiah being one,’ he said.

‘But can you fight for the title or the Champions League with these players if any of those big four names get injured?

‘I’m not sure, and I don’t know what the plans are in the next transfer window, but that’s definitely something I would be looking to address. Some big decisions need to be made in January.’