Arsenal reveal their new ‘white marble’ away kit that takes its design from the halls of Highbury… but WHY is there a naked statue of David Seaman in the unveiling video?!

Arsenal will be hoping everything is all-white next season after the club unveiled their bold new away kit for the upcoming 2020-21 campaign.

The Gunners will be wearing a white/off-white strip in away games with the design paying homage to their iconic East Stand at Highbury – where a statue of legendary manager Herbert Chapman was erected.

To make the kit stand out, a marble-effect pattern of red stripes down the front compliment the shirt to mirror the East Stand’s marble halls. 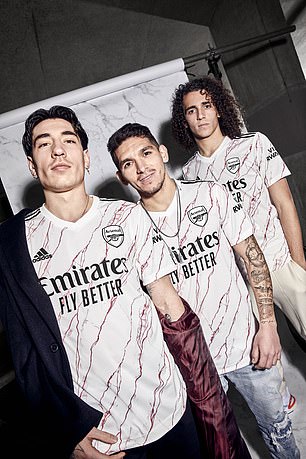 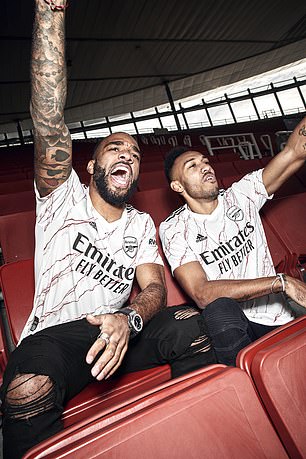 On Thursday, Arsenal revealed their new marble away kit for the upcoming 2020-21 season 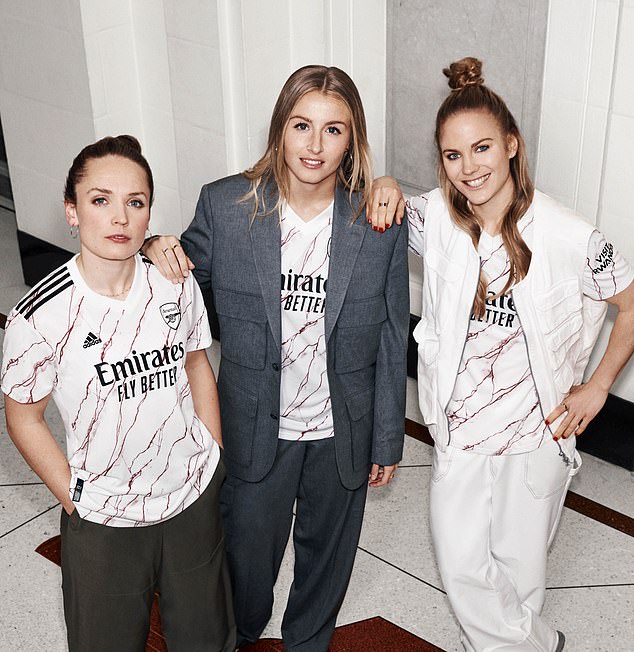 This is complimented by with maroon and white/off white sock. The Arsenal badge and adidas stripes are monographic. For extra detail there is the Gunners’ hexagon on the back of the shirt. The neck is a V-neck design.

The north London outfit revealed their kit on Thursday morning with a clever video that impressed their supporters. It also amused them as it detailed club legend David Seaman as a naked statue, in the marble colours, with his goalkeeping gloves covering his modesty.

Seaman was clearly a source of amusement as another fan posted on social media: ‘That David Seaman statue. Great advert,’ accompanied with crying laughing emojis. 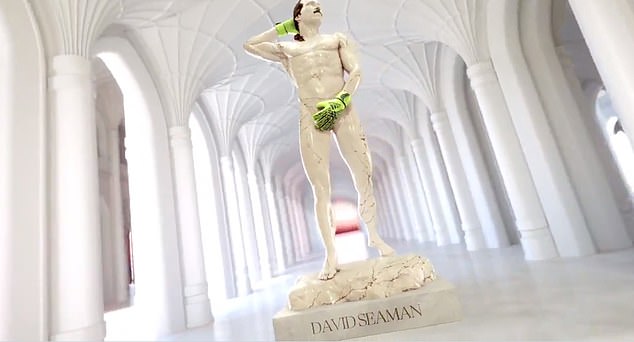 However, despite the video being approved not everyone was pleased with the kit – citing that Arsenal playing in white is too reminiscent of their bitter rivals Tottenham.

‘Arsenal kit should never been white… strange concept,’ wrote one fan. ‘Arsenal’s new away kit….. white..! They do remember what colour the horrible lot across the road wear right?’ tweeted another.

Despite this stance, this isn’t the first time Arsenal have played in white – with the club most recently adorning this colour as an away strip during the 2007-08 season.

The new away jersey will be worn for the first time on Saturday, when Arsenal Women take on PSG in the quarter-final of the UEFA Women’s Champions League.

Some fans were upset though, believing the kit looks like bitter rivals Tottenham’s home shirt 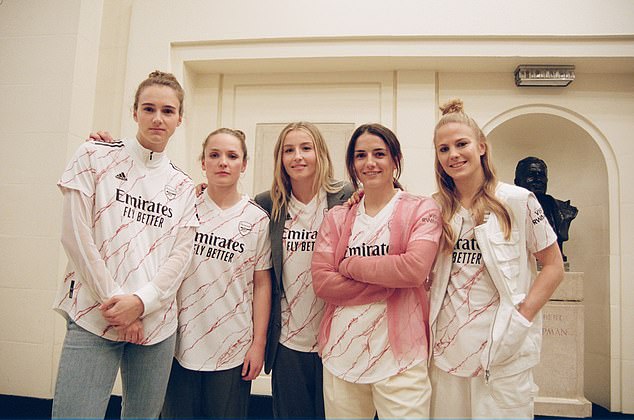