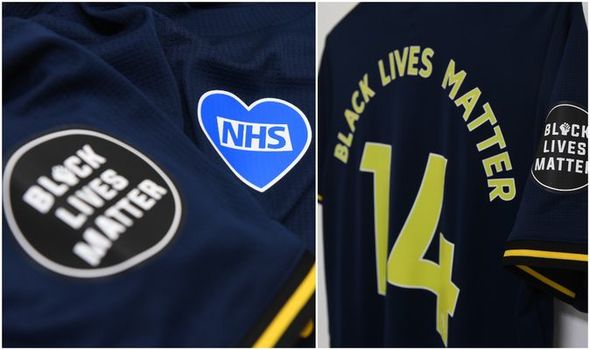 Arsenal have unveiled the special shirt they will be wearing for the Premier League restart. The Gunners travel to the Etihad Stadium this evening (8.15pm) to face Manchester City.

Premier League clubs have agreed to replace player names with ‘Black Lives Matter’ on the back of shirts for the first 12 games of the restart.

Arsenal’s preview of the third strip Pierre-Emerick Aubameyang will wear for the City clash show the words ‘Black Lives Matter’ above his squad number.

A BLM logo features on the right sleeve while a NHS badge is situated in the middle of the jersey between the club crest and Adidas emblem. They will remain in place for the remainder of the campaign.

Premier League stars released a statement last week which read: “We, the Players, stand together with the singular objective of eradicating racial prejudice wherever it exists, to bring about a global society of inclusion, respect, and equal opportunities for All, regardless of their colour or creed. 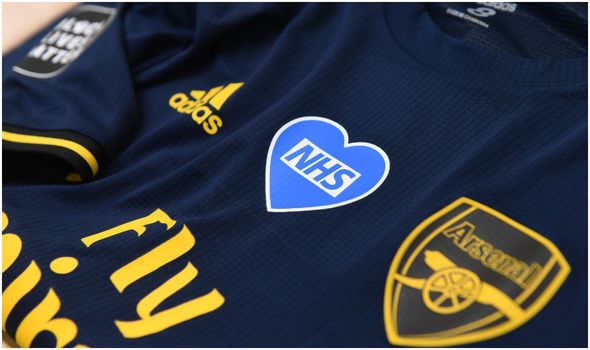 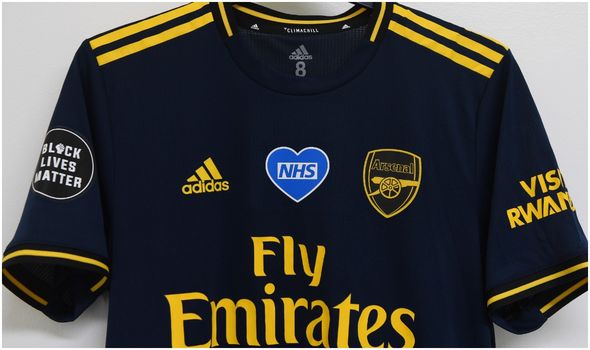 “This symbol is a sign of unity from all Players, all Staff, all Clubs, all Match Officials and the Premier League #blacklivesmatter #playerstogether.”

The top flight have also confirmed they will support players who ‘take a knee’ before or during matches, as Arsenal’s players did before their friendly game with Brentford at the Emirates Stadium last week.

City will also have a new logo – ‘Cityzens Giving For Recovery’ – on the front of their kit in place of first-team sponsor Etihad Airways.

Ferran Soriano, chief executive of City Football Group, said: “Frontline workers around the world have heroically responded to the immediate threat of COVID-19. We have been privileged to play our own small part in helping to address that immediate threat.

“Now is the time for us to look forward, committing to meeting our responsibility to help our communities recover.

“This multi-faceted campaign is going to use our expertise, our facilities, our platform and our voice to help people and our communities to heal and recover. And we will do it together. We are calling on our global community of Cityzens to help us to give and to help as many people as we can to recover.”