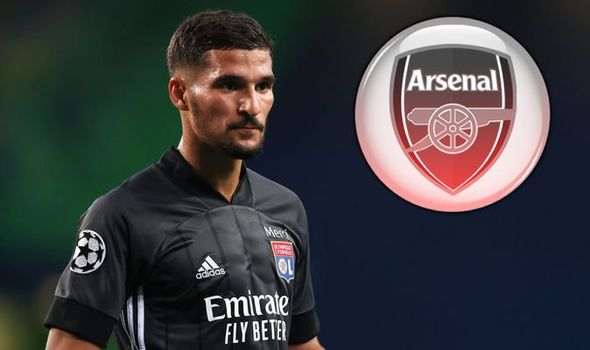 Arsenal-linked midfielder Houssem Aouar is keen on a move to the Premier League – but Lyon want £53million for the highly-rated France under-21 international. The 22-year-old has impressed in the Champions League over the past two seasons, helping Lyon to reach the semi-finals of the competition this season before defeat to eventual winners Bayern Munich.

He had been called up by Didier Deschamps for France’s upcoming Nations League clashes with Sweden and Croatia in early September but has had to drop out after testing positive for coronavirus.

Aouar’s call-up had come after he produced nine goals and 10 assists in 41 games last term for Lyon, who got their new season underway with a 4-1 win on Friday night.

And it has been suggested that Arsenal have significant interest in the Frenchman, who is an attack-minded midfielder who can also play on the left-hand side or in a holding role.

Lyon sporting director Juninho has admitted that big-name departures are expected this summer, with Memphis Depay and Moussa Dembele among the other high-profile stars on the radars of clubs across Europe.

Aouar is also liked by Manchester City manager Pep Guardiola, who hailed the player “incredible” last season after a 2-2 draw with Lyon in the Champions League group stages. 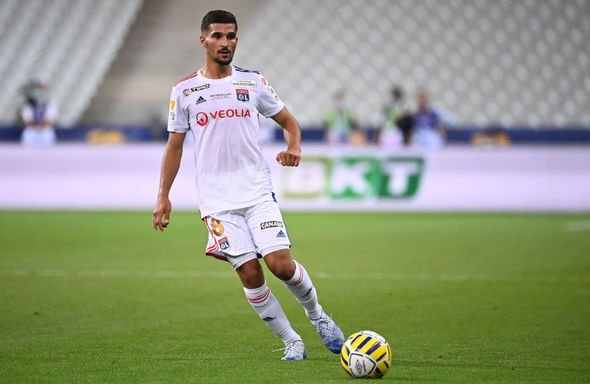 While Juventus are another team who are big admirers, with Andrea Pirlo looking to reinvent his midfield having signed Weston McKennie from Schalke on an initial season-long loan.

But transfer expert Fabrizio Romano insists Aouar is keen on a move to England’s top flight, saying: “For sure he wants to move to EPL! But no one has offered €60m yet.”

The player’s price tag is likely to put Arsenal out of contention for his signature unless they can offload the likes of Matteo Guendouzi and Shkodran Mustafi in the coming weeks to raise cash.

Arsenal are poised to splash £27m on Lille defender Gabriel Magalhaes, their fourth signing of the summer, which will leave Arteta short on finances to make more additions.

But Romano declared earlier this week that the Arsenal board and Mikel Arteta are “in love” with Aouar’s talents and they are keen to sign a central midfielder with Atletico Madrid’s Thomas Partey another target, though he too is unaffordable even at a cheaper £45m. 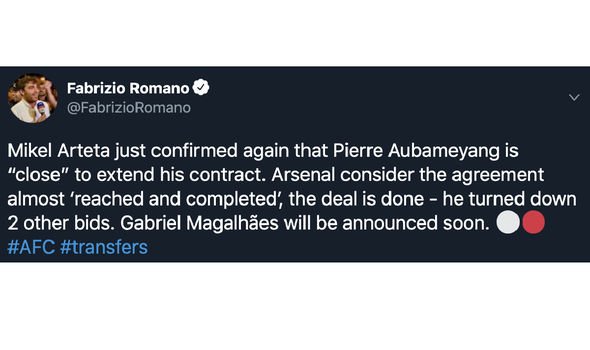 However, Romano insists meeting Aouar’s valuation is difficult for the north London club in a coronavirus-impacted transfer window.

Arsenal have only ever paid more than £53m for Pierre-Emerick Aubameyang, who cost £56m, and Nicolas Pepe, agreeing to pay Lille a club-record £72m fee across five years for the Ivorian 12 months ago.

“I think it’s difficult about Aouar, because we were speaking about €50million for Thomas Partey,” Romano told Lee Gunner in an interview on the Arsenal fan’s YouTube account.

“If we speak about Aouar we are speaking about €60m or €70m, so it will be so difficult to take Aouar.

“For sure they will try but many other clubs have tried, there are rumours here in Italy with Juventus.

“The same that Juventus say ‘we like the player but it will be difficult to pay €60m or €70m this summer’.

“His agents have said they need time and he had a terrible season until the end of August, we have been playing all the summer and he wants to relax and decide in September. 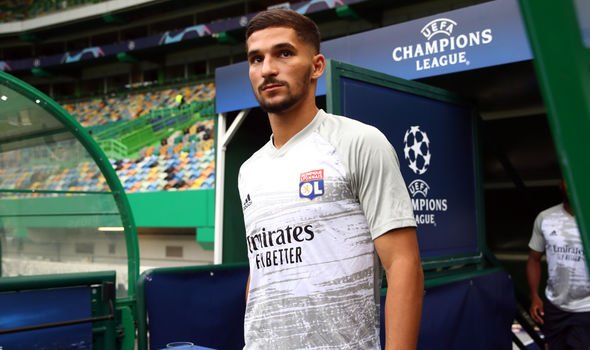 “We need to wait to see if Arsenal, Manchester City or Juventus will go with an important bid.

“At the moment there is no club that has offered Lyon €60m. We have to always remember we are in COVID, it will be difficult to pay this kind of money.”

Discussing his plans for the rest of the transfer window after Arsenal’s Community Shield win over Liverpool on Saturday, Arteta said: “We are working with the club to try to achieve our plans but we know that the market is what it is.

“I’m happy with the squad that I have and it’s my job to keep making them better.

“It generates belief. We know we have a lot of things to improve still but to be able to compete against these sorts of teams in a final like this, it makes me really proud.”