Arsenal could launch a surprise Premier League title bid after winning the FA Cup and Community Shield. That is according to Manchester United and Tottenham legend Dimitar Berbatov, who is impressed with the Gunners’ progress under Mikel Arteta.

The north Londoners endured a turbulent start to their campaign last season under Unai Emery but managed to turn a corner under Arteta.

Arsenal finished strong by beating Chelsea in the FA Cup final and then went on to defeat Premier League champions Liverpool for the Community Shield.

Berbatov insists the Gunners shouldn’t be underestimated by any of their rivals as their recent success could be a sign of things to come. 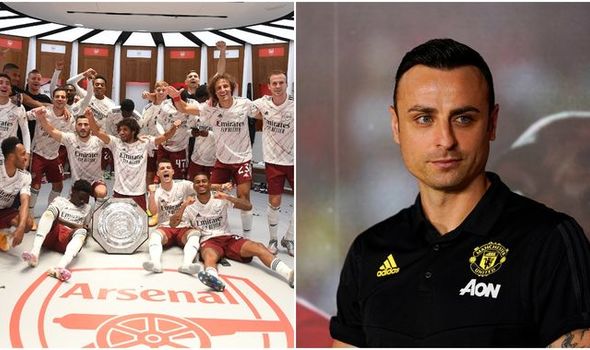 The former Bulgaria international believes Liverpool and Manchester City are the favourites to top the Premier League table but also thinks highly of Chelsea as well as his former clubs Tottenham and United’s chances.

“Let’s not forget Arsenal because they have won two cups now under Arteta, so all these teams are the usual suspects. They are always there. 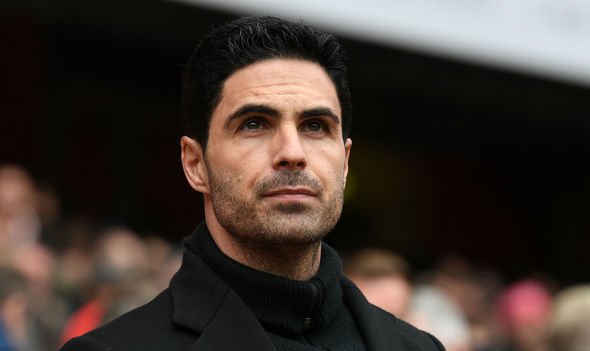 “I think every team will try to push harder so they can catch City and Liverpool because they are a little above them.”

Arsenal have high hopes ahead of the upcoming season, as shown by their busy transfer activity as they signed former Chelsea star Willian as well as Gabriel Magalhaes, who was targeted by some of Europe’s highest bidders.

The Gunners have also handed out permanent deals to Cedric Soares and Pablo Mari who moved to north London on loan from Southampton and Flamengo respectively last season.

Real Madrid ace Dani Ceballos’ loan deal was also extended thanks to his impressive debut campaign in the Premier League.

Arsenal are now focusing their attention on Atletico Madrid star midfielder Thomas Partey, who is seen as the perfect candidate to elevate Arteta’s midfield.

However, the Gunners are struggling to meet his £44.5 million release and their counter proposals have fallen on deaf ears in Madrid.

Arsenal are getting ready for their Premier League opener against Fulham, which is scheduled to take place on Saturday at Craven Cottage (12.30pm).

Arteta’s side is also set for another Europa League campaign thanks to their FA Cup victory.