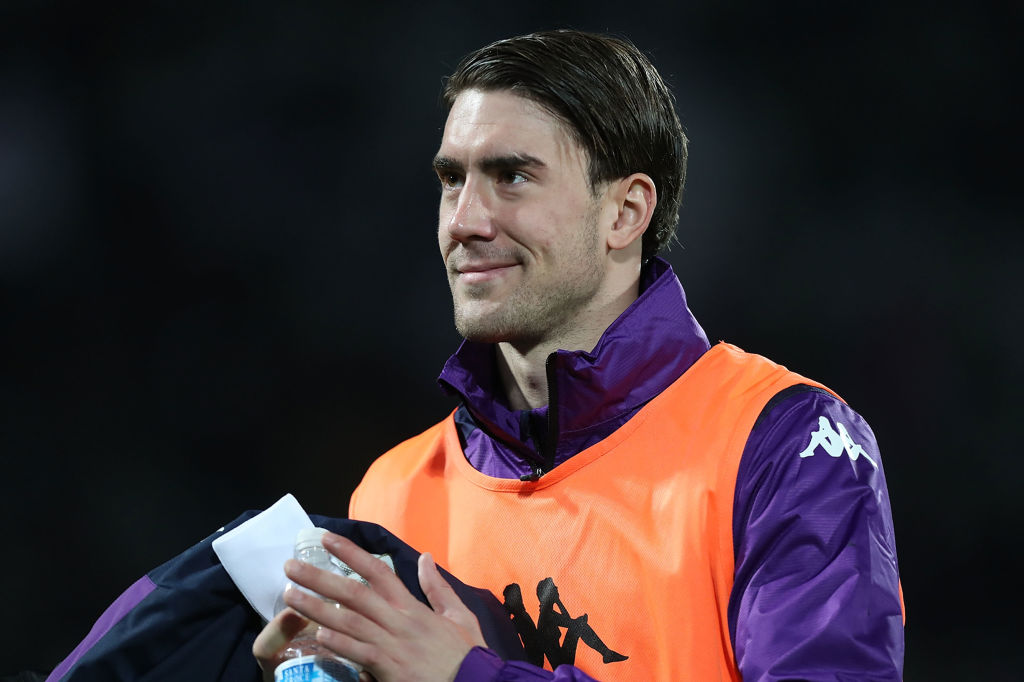 Arsenal target Dusan Vlahovic wants to stay in Serie A and would rather join two giants of Italian football ahead of the Gunners, according to reports.

Mikel Arteta’s side are in desperate need of a new frontman after Pierre-Emerick Aubameyang was banished from the squad, while Alexandre Lacazette and Eddie Nketiah are both out of contract in the summer and set to leave on free transfers.

Arsenal technical director Edu has made signing a striker his top priority this month, but doing business in the January window is notoriously difficult.

Serie A top scorer Vlahovic – who has netted 16 league goals already this season in just 20 appearances – is rumoured to be Arsenal’s top target, with Real Sociedad forward Alexander Isak mooted as another potential option.

Edu is believed to be working hard to try and convince Fiorentina to sell their star striker before this month’s deadline, with Arsenal’s board willing to spend in excess of £70million to get their man.

But football.london have cast doubt on the north London club’s prospects of signing Vlahovic, with the 21-year-old harbouring significant reservations about moving to the Emirates.

Vlahovic would rather stay in Serie A and he has told friends that either Juventus or Inter Milan would be his ideal destination when he does eventually leave Fiorentina.

Juve have long been linked with the towering Serb and are in need of firepower themselves, with Alvaro Morata and Moise Kean both on loan and Paulo Dybala once again enduring another injury-plagued season.

A summer move would also suit Vlahovic, who does not want to leave Fiorentina this month and is keen to see out the rest of the season before deciding his next move in the summer.

Tottenham have also manoeuvred themselves into a strong position to sign Vlahovic, with managing director of football Fabio Paratici boasting a very close relationship with the striker’s representatives.

Despite Arsenal’s desire to lure Vlahovic to the Emirates, and their intention to keep pushing for a move until deadline day, right now their chances of prising him away from Fiorentina look slim.