Arsenal have reportedly made a player-plus-cash offer for Fiorentina star Dusan Vlahovic as the Gunners step up their pursuit of the Serbian marksman.

Vlahovic, 21, has attracted interest from Arsenal and their north London rivals Tottenham, with the striker’s 18 goals in 22 games impressing the Premier League duo.

Arsenal boss Mikel Arteta is after a new striker to lead the line after Pierre-Emerick Aubameyang was stripped of the Gunners captaincy and banished from first-team training for a number of disciplinary breaches. 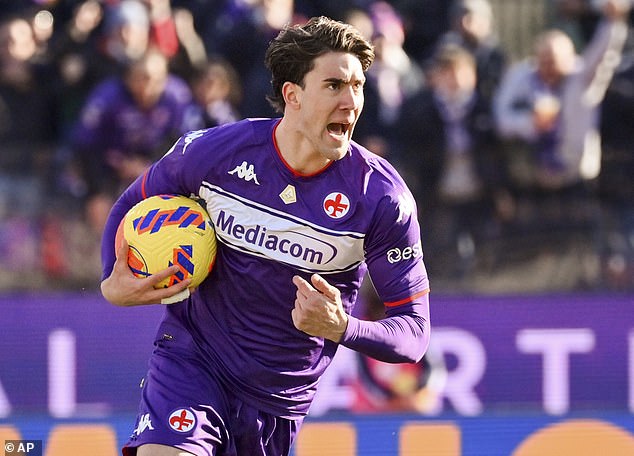 Stand-in captain Alexandre Lacazette is also out of contract at the end of the season, as is young striker Eddie Nketiah, further increasing Arsenal’s need for a new marksman to lead the line.

And according to Gazzetta dello Sport, the Gunners have made a player-plus-cash offer to Fiorentina for their star man.

The north Londoners have reportedly offered the Italians £46million plus Lucas Torreira for the Serb. Torreira, 25, is currently on loan with the Serie A side and has made 17 appearances this season. 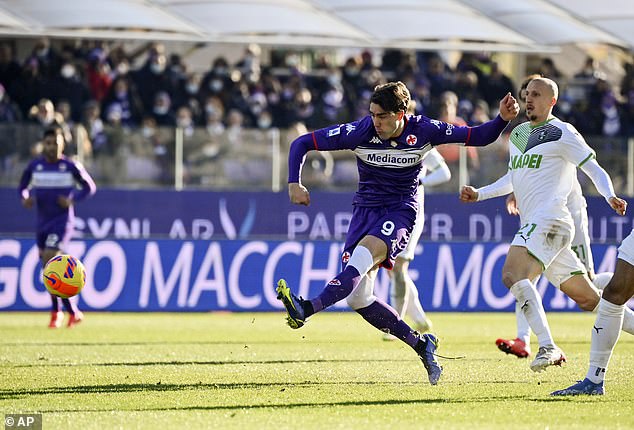 The Serbian marksman, 21, has impressed with 18 goals in 22 games for the Italians this term 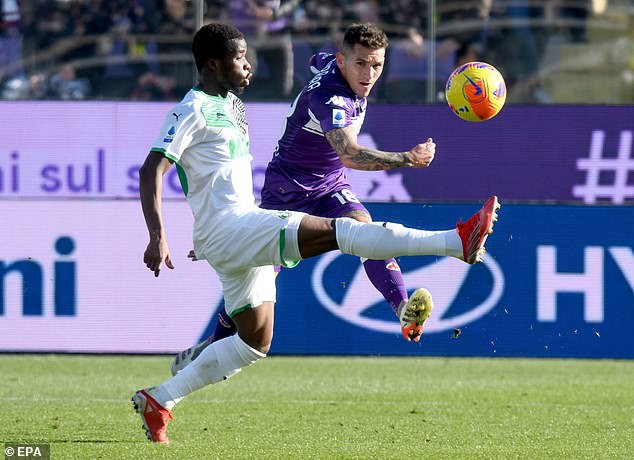 According to reports in Italy, Arsenal have offered £46million plus Lucas Torreira for Vlahovic

The report adds that Arsenal value the Uruguayan midfielder at £12.5m, taking the total value of their offer to £58.5m. Fiorentina chiefs are understood to be considering Arsenal’s offer.

The Serie A side currently sit seventh in the league and the sale of Vlahovic would hamper their chances of securing qualification for European football next season.

On Monday, the Serb remained coy over speculation surrounding his future, saying ‘only God knows what will happen next’. 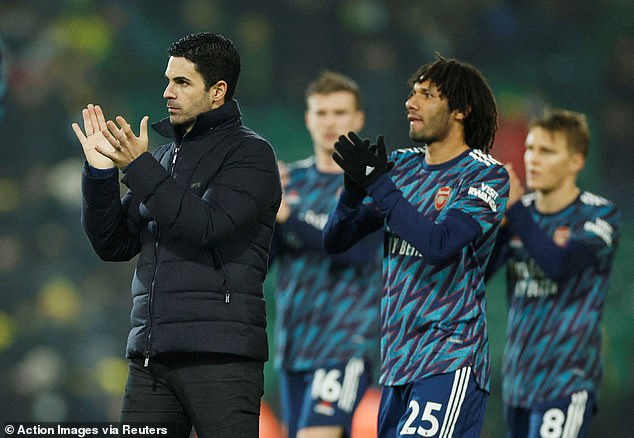 Speaking about his future at Fiorentina, Vlahovic told the world: ‘I’ve said it several times so far.

‘There is a good football story being made here in Florence. We have a good team, great players, great support from the fans. Everything deserves respect.

‘Only God knows what will happen in the next period. My desire is to take Fiorentina to Europe, because we haven’t been in Europe for a long time. We’ll see.’