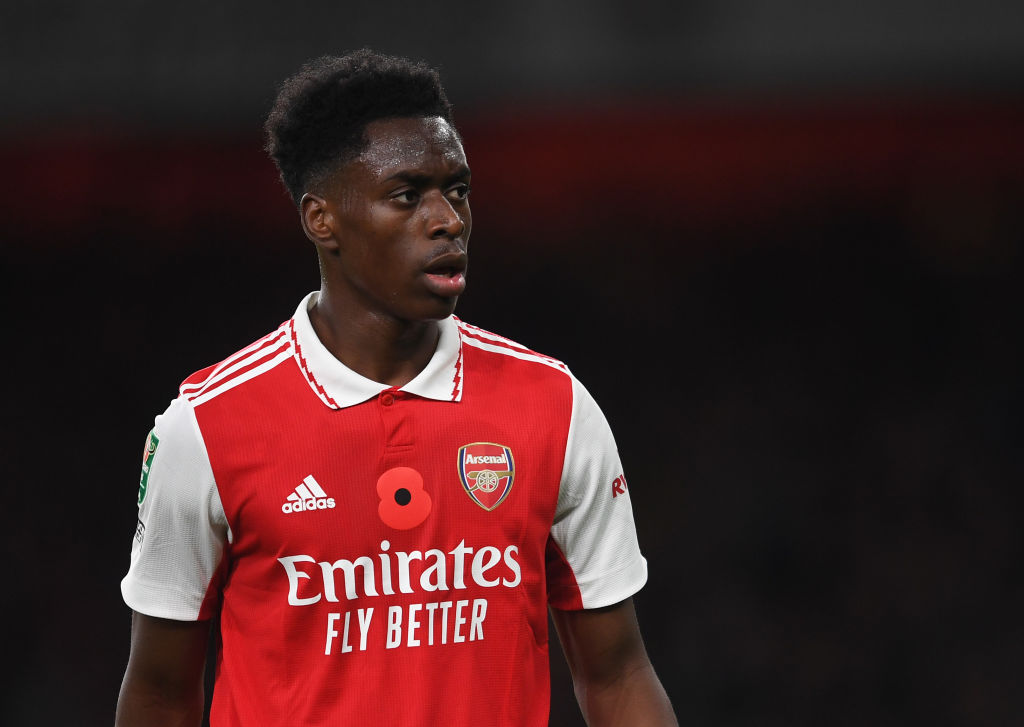 Arsenal have turned down a loan bid for midfielder Albert Sambi Lokonga from Monaco, with Mikel Arteta keen to keep as many options available to him as possible.

The 23-year-old arrived at the Emirates from Anderlecht in 2021 and made a decent impression early on, making 24 appearances in all competitions in his first season with the Gunners.

However, he has fallen down the pecking order under Arteta this campaign, with Granit Xhaka and Thomas Partey firmly fixed as the first choice midfield pair.

The Belgium international has made just six Premier League appearances this season, four of which were from the bench, although he has been a regular in the Europa League, starting all six group games.

Clearly he has not been completely outcast from the squad and Arteta is keen to keep him around as Arsenal continue their bid for the Premier League title and return to their Europa League campaign next month.

The Daily Mail report that Monaco have made an approach to take the midfielder on loan for the rest of the campaign, but Arsenal have rejected it on the manager’s request.

Lokonga will hope to be involved in the FA Cup clash with Manchester City on Friday night at the Etihad after starting in the third round win over Oxford earlier this month.

Speaking earlier this season, Lokonga admitted he was questioning his Arsenal future at the end of last season, but wanted to give himself another year to prove himself.

‘I think I have the qualities to succeed here. Last season, I didn’t perform at my best level. I still have things to prove.

‘At the end of last season, I almost snapped. I called my agent to ask him if staying at Arsenal was a good idea. He comforted me in my choice, even though I know I need to start more often to develop.’