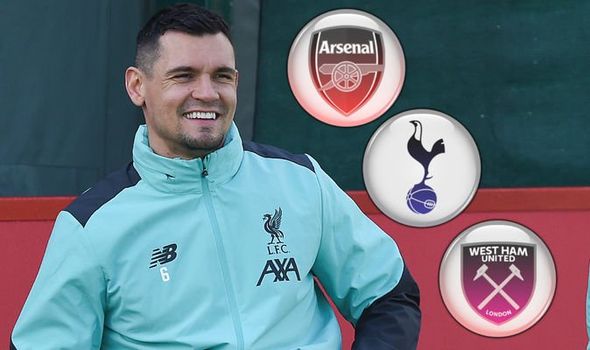 Arsenal are ready to submit a bid for Liverpool centre-back Dejan Lovren but will face competition from Tottenham, West Ham and Crystal Palace for the player’s signature. Lovren, according to reports, is currently mulling over a move to London.

The 30-year-old is only a bit-part player under Jurgen Klopp and has made just 20 Premier League starts in the Reds’ last 67 top-flight outings.

That has invited speculation over the defender’s future, with Lovren coming into the final years of his career.

Lovren has spent six years at Anfield since a £20million switch from Southampton, making just shy of 200 appearances.

But with Joe Gomez and Virgil van Dijk having established themselves as Klopp’s first-choice centre-back duo and Joel Matip having impressed over the last 15 months, the Croatia international could move on with his manager’s blessing. 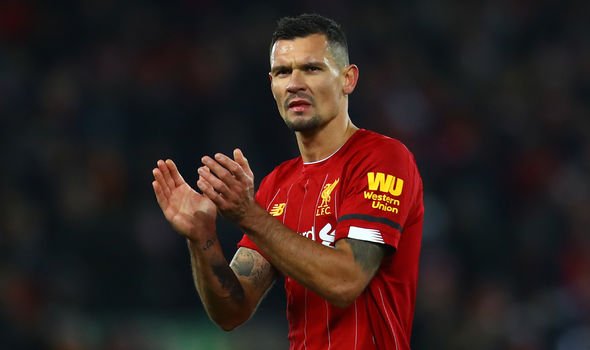 TEAMtalk claim with four clubs from England’s capital keeping tabs on the £18m-rated centre-half, Lovren is weighing up his future.

The report adds that sources close to the player have said clubs from Italy, Spain, Germany and France have all made approaches.

But Arsenal, in addition to Spurs, West Ham and Palace, are prepared to make an official bid for Lovren as Mikel Arteta looks to strengthen his back-line.

The Spaniard has a number of centre-backs already on the books but the likes of Shkodran Mustafi, Sokratis Papastathopoulos and Konstantinos Mavropanos could depart the Emirates in the next window. 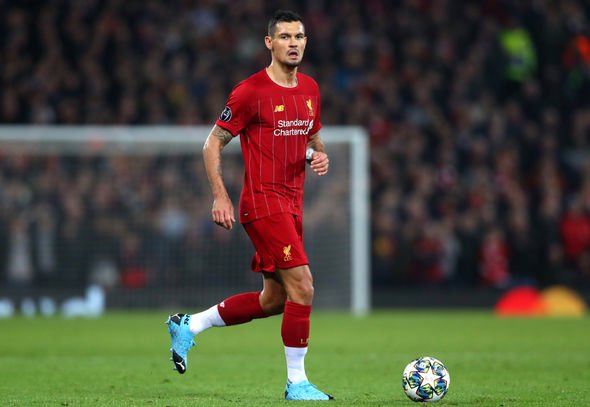 And selling the trio could make room for Lovren, a World Cup runner up, to get regular game time in north London.

Speaking on his future last month, Lovren told Sky Sports: “I’m patient. I’m working behind closed doors a lot and sometimes it is frustrating when you don’t play.

“You are fighting with yourself in your mind, asking ‘Why not?’.

“But you are accepting it, you are moving on and from my personal point of view I want to be better every day in the training sessions.

“The day will come when I will get again the chance so I am happy that I am not injured – which is the most important thing – and I’m also happy that we are all together and we have a full squad at the moment.

“Of course I want to be in the team that wins many trophies. I think, and I feel, that I have quite a lot of years to give especially in professional football. I’m 30, so another good five years.

“I don’t think I’m just a throwaway. If the club needs me I am here, I am happy.

“But you never know what can happen in the summer. At the moment I am just focused on the point where I can say I made it [as part of a great team].”

Reports from Italy have claimed that Liverpool want £18m for Lovren, with Lazio, Lyon and AC Milan among the foreign teams keen on the Croatian.