Arsenal were back to their best against a slack Chelsea side with Mikel Arteta picking up a vital three points. Express Sport takes a look at how each Arsenal star performed in the match.

Chelsea’s stagnant attack gave Leno little to do all game. He could do nothing about Chelsea’s late consolation goal but will be frustrated at not keeping a clean sheet. Magnificent save from Jorginho’s spot kick to halt any chances of a late comeback.

Appeared to thrive with the captain’s armband. A serious threat going forward down the right and marshalled Chelsea’s attacking threat expertly.

Some would argue he was lucky to stay on the pitch in the first half after a lunging foul on Mateo Kovacic. Rash on the odd occasion still and gave Chelsea a glimmer of hope of salvaging a point late on by giving away a silly penalty but Leno saved his blushes. 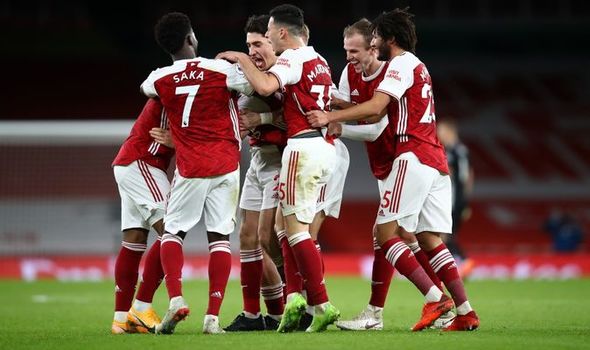 One of the main reasons Timo Werner was hauled off at half time. Big performance from the 25-year-old as he’s become a staple under Mikel Arteta.

Everything good from Arsenal in the first half came through Tierney terrorising Reece James and ultimately won the penalty. Hudson-Odoi then struggled to get past the Scottish full-back in the second half.

Absolultely magical free kick to give Arsenal a 2-0 lead. But his presence in midfield played a large part in stifling any momentum Chelsea came close to building.

The perfect partner to Granit Xhaka in midfield. A real box-to-box performance from the Egyptian.

Arsenal target Borussia Dortmund winger after losing out on Szoboszlai

Not able to get involved as much as other around him but Arteta will be more than pleased with the 20-year-old’s first Premier League start.

Arsenal’s player of the season so far, rounded off with a rather fortuitous goal that was hugely deserved.

Still getting back up to full speed but he offers Arsenal something they’ve lacked in his absence with his flair and unpredictability.

Slotted his penalty away with ease and led the line well to help link up the other attacking players around him. 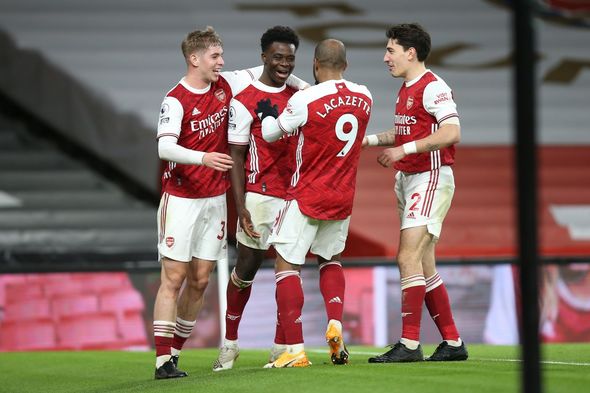