Arsenal boss Mikel Arteta wants to sign another central midfielder in the summer and the north London club are now “one step away” from signing Thomas Partey after tabling a £43million (€50m) bid for the Atletico Madrid star.

The Ghana international has impressed Arteta during his five seasons in La Liga.

And despite already having Lucas Torreira and Matteo Guendouzi, the Spaniard feels the 26-year-old would provide good competition for a starting place in central midfield.

Atletico are in discussions with the player about a new deal, with his current contract set to expire in 2023.

However, the Gunners are willing to test their resolve, as according to Italian publication Corriere dello Sport, Arsenal have “€50m on the table” for Partey, who it is claimed is now “one step away” from a move to the Emirates. 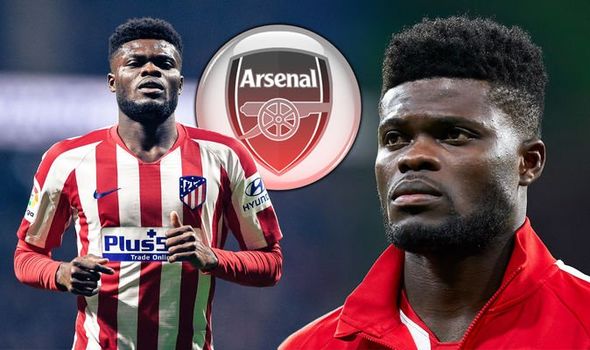 Partey has been a key player for Atletico boss Diego Simeone this campaign.

He has made 35 appearances in all competitions this season and despite being a defensive midfielder has also chipped in with three goals and an assist.

Partey has featured in every Champions League game for Los Rojiblancos this campaign and he also played every minute of their sensational 4-2 last 16 victory over Liverpool.

But Arsenal are not alone in keeping tabs on Partey, with Roma and Inter Milan also interested.

However, the current uncertainty in the transfer market due to coronavirus could favour the Gunners’ bid.

There are reports that Roma are in financial difficulty due to the coronavirus pandemic and have already ended their pursuit of signing Manchester United star Chris Smalling, who is on loan at the club, on a permanent deal.

Although Arteta also recently admitted the north London club are not immune for the fallout of the deadly virus. 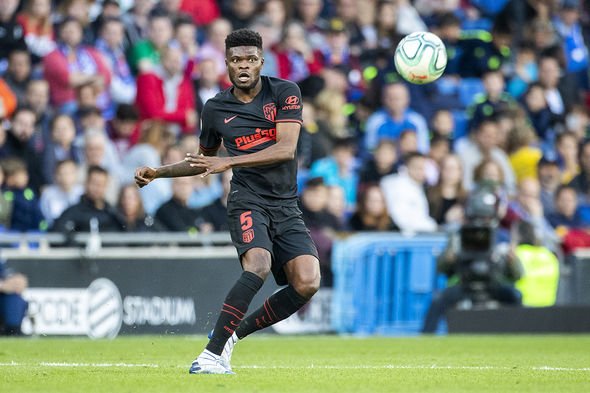 “Depending on one of those three, we will be able to do more, less or nothing.

“We have to react daily. We don’t know what the financial situation is going to be, we don’t know the rules, the timing, the window.

“There are so many things we cannot control at the moment.”