Arsenal offer Bukayo Saka a new long-term deal worth at least double his current of £70,000-a-week wages to fend off interest from Manchester City

Arsenal have offered Bukayo Saka a new long-term contract that would see him become one of the club’s best paid players.

The England international’s current terms expire in under two years and talks over an extension have been ongoing.

Sportsmail revealed last week that Arsenal would accelerate talks over a new deal amid growing interest from rival clubs, including Manchester City. 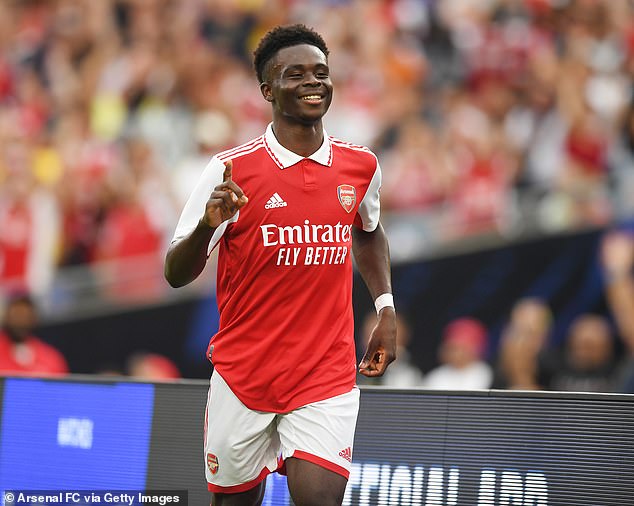 And the Gunners, it is understood, have now formally offered Saka an extension worth at least double his current £70,000-per-week deal.

As it stands there is no agreement, and it remains to be seen how the Saka formally responds to the offer.

But there is a confidence at the Emirates that a deal can be struck to secure Saka’s future and lock in his £100million transfer value. 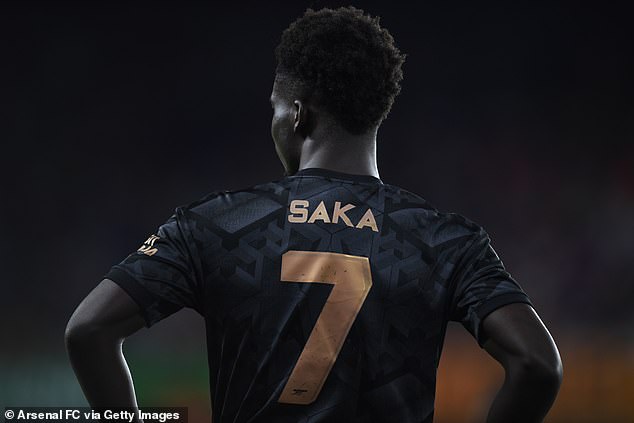 Midfielder Thomas Partey and recent signing Gabriel Jesus – who both earn in the region of £200,000-per-week – are at the top of Arsenal’s wage bill, but the deal Saka has been offered will see the youngster earn close to that level of money. 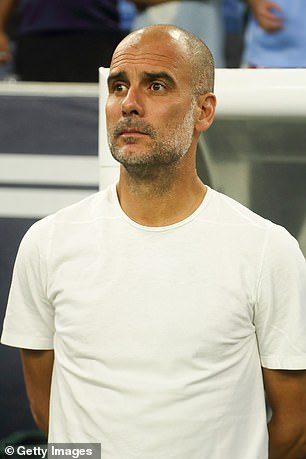 The fact the Gunners are prepared to make a 20-year-old one of their best players illustrates Saka’s position as one of European football’s best young talents.

Securing Saka to a contract extension will come as a major boost to the Gunners amid growing concern behind the scenes over the 20-year-old’s long-term future.

Manchester City view Saka as their dream replacement for Raheem Sterling – who has left for Chelsea.

Saka has ambitions to play in the Champions League and Arsenal’s failure to finish in the top-four last season has complicated the Gunners attempts to agree a new deal with their academy graduate.

But the signings of Jesus, Oleksandr Zinchenko and Fabio Viera should see Arsenal become serious contenders to qualify for the Champions League during the forthcoming season.

However, it remains to be seen whether that will be enough to convince Saka that he can fulfil his goals at Arsenal