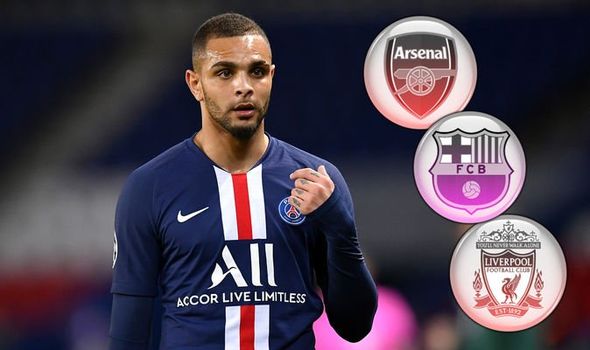 Arsenal are keen on signing Paris Saint-Germain left-back Layvin Kurzawa, who will be available on a free transfer in the summer, but will face competition from across Europe.

Kurzawa’s contract with the Ligue 1 champions will expire at the end of the season and with his starts limited by Juan Bernat, the France international is keen to move on for regular minutes elsewhere.

While Arsenal have Kieran Tierney and Sead Kolasinac already on the books, the duo’s fitness problems have left Mikel Arteta relying on Bukayo Saka to play out of position.

The Spanish coach is therefore keen to add Kurzawa so that he can utilise Saka in his natural wide role in the final third, while Kolasinac could also depart this summer.

But Spanish outlet Sport claim that Kurzawa is also a target for Liverpool, Inter Milan, Napoli and even Barcelona. 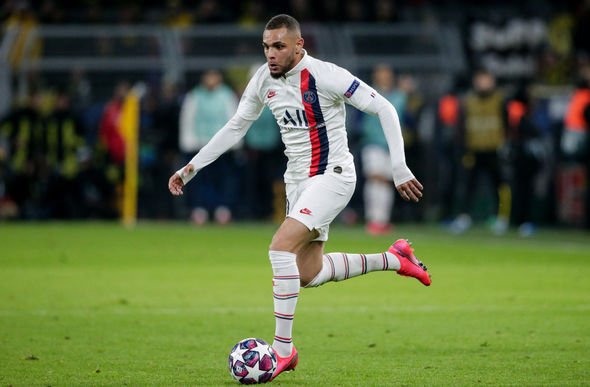 And per their report, Barca may hold an advantage over the Gunners and the rest of the competition.

That’s because the defender is represented by a company with whom Barca have regularly worked with of late and are said to have a good relationship with.

It is claimed that the same company met with Barca officials to confirm that Kurzawa would be leaving on a free later this year and that contract offers are being listened to.

Sport say the 27-year-old has previously been a target for the Catalan giants too, but that PSG refused to negotiate with them.

But he has emerged as an option again with Quique Setien looking for a player who can step in for Jordi Alba with Junior Firpo likely to leave after just one season at the Nou Camp.

With Barca wanting to restructure the left side of their defence but only keen to spend big money on a centre-back, signing a left-back like Kurzawa for nothing is an attractive proposition.

Kurzawa was even reportedly offered to the La Liga champions before the coronavirus crisis shut down football across Europe, completely changing the landscape of the upcoming transfer window.

It is not mentioned where the player’s favoured destination might be, but Barca would be able to offer Champions League football if they firmed up their interest.

Liverpool also like the look of the Frenchman as Klopp seeks to add more back-up for Andy Robertson, with his go-to replacement currently midfielder James Milner.

Arsenal, though, might argue that they can give Kurzawa more game-time than both of those clubs – although Tierney’s form when fit this term suggests the former Celtic man will be Arteta’s first choice. 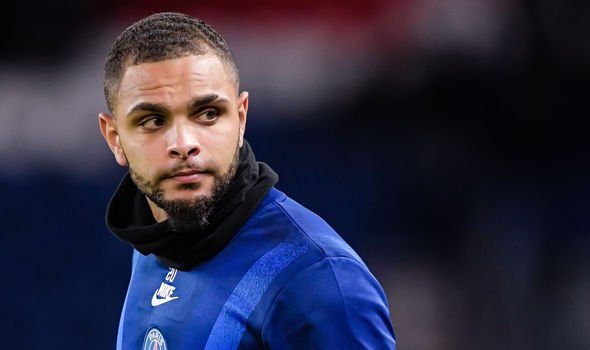 Yet 90min claimed back in February that Leicester boss Brendan Rodgers could pursue Tierney to replace Ben Chilwell, who is seemingly Chelsea or Manchester City bound.

They claimed that the Foxes were ready to make an offer of £25m for Tierney, matching the investment Arsenal made to sign the Scot.

Rodgers of course worked with the left-back at Parkhead, where he won back-to-back domestic trebles before leaving midway through his third campaign.

Having pursued the 22-year-old for so long, it would be a surprise were the Londoners to sell Tierney after just a year despite his injury woes.

England international Chilwell, meanwhile, could join Chelsea or City for as much as £100m.