Arsenal are expected to be busy in the transfer window with another centre-back expected to be top of their priority, but Mikel Arteta reportedly plans to make Pablo Mari’s loan move permanent which could end up saving them more money going forward. The Gunners will already be bringing in one new face at the end of the season when William Saliba’s loan deal at Saint-Etienne finishes.

Arsenal forked out £27milllion for the highly-rated 19-year-old last summer and the teenager has impressed in Ligue 1 this campaign.

He is expected to come straight into the starting line-up when he joins up with his Arsenal team-mates, but questions remain on who could be his partner at the back.

David Luiz and Sokratis have been the regular partnership this past campaign, but they have conceded 20 goals in the 16 Premier League games they have played alongside each other.

Shkodran Mustafi has fallen down the pecking order at the Emirates and has been touted as a likely departure in the summer. 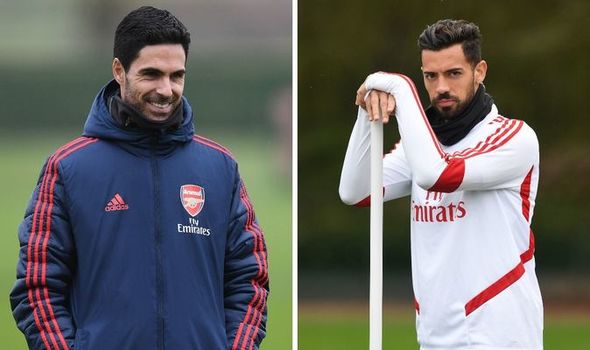 But it appears as though Arteta may find his answer from someone who has only featured twice for Arsenal.

The Gunners signed Pablo Mari on an initial loan deal in January but has impressed in his two starts.

And it seems Arteta has seen enough to make Mari’s move permanent, with David Ornstein of The Athletic claiming Arsenal are set to pay £10million to sign the 26-year-old from Flamengo.

“I think they’ll listen to offers on a number of their centre-halves, for a couple of their central midfielders and there’s also the uncertainty over Pierre-Emerick Aubameyang’s future and speculation around Alexandre Lacazette,” he said on The Ornstein & Chapman Podcast.

Arsenal and Tottenham set to miss out on Champions League spots

“We know central defence is an area they’re looking to strengthen and in recent days they’ve been linked with Axel Disasi at Reim, who’s only got a year left on his contract.

“It is true that Arsenal have been tracking him over the last year or so, as have many other clubs.

“As such, I understand that it’s very likely that they’ll make the loan deal for Pablo Mari into a permanent transfer for around £10m and that would satisfy Arteta’s need for a left-sided centre half.” 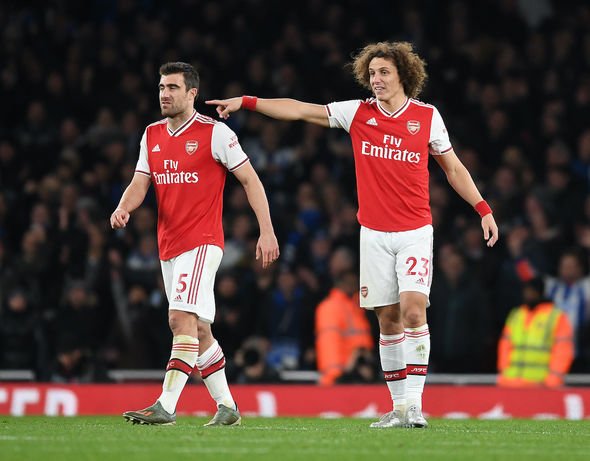 Decisions will still need to be made on Aubameyang, who has just over one year left on his contract.

Arsenal are desperate to get him to sign a new deal, but negotiations have reportedly gone quiet in recent months.

The Gabon international has been Arsenal’s main source of goals ever since joining from Borussia Dortmund in 2018.

He has scored nearly half of Arsenal’s goals in the Premier League this campaign having found the net on 17 occasions.