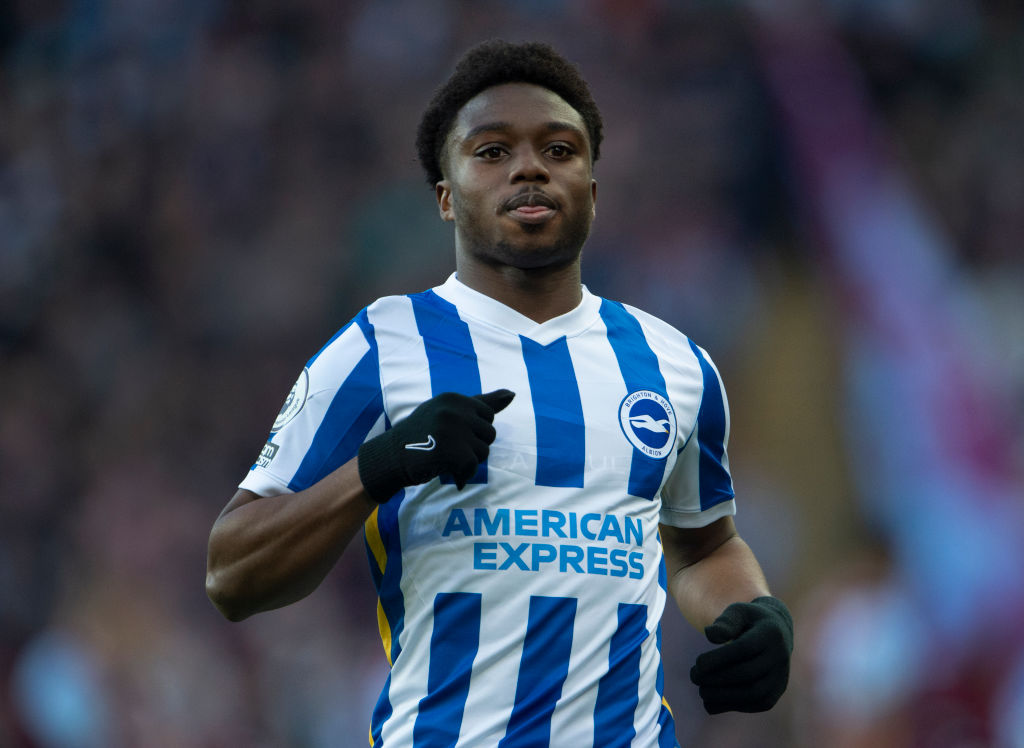 Arsenal are exploring a deal to sign Brighton right-back Tariq Lamptey, who is available at the right price, according to reports.

The defender joined the Seagulls for just £3m from Chelsea in 2019 and his stock has risen significantly during his time on the south coast, with Lamptey establishing himself as one of the division’s best full-backs.

A debilitating hamstring injury sidelined Lamptey for almost nine months last term but the defender has recovered from the issue.

Arsenal were keen on Lamptey during his time at Stamford Bridge and they’ve kept a close eye on the defender ever since.

According to Duncan Castles, the Gunners are now actively exploring a deal for Lamptey and Brighton are happy to sell for the right price.

‘What you have here is Arsenal, who had an interest in Lamptey when he burst onto the scene before that difficult injury that you referred to,’ said Castles.

‘They are looking again to sign him and exploring the parameters of the deal. I think Lamptey is an exceptionally attacking full-back. The limitation on him is his height and I think, therefore, he needs to play in a defence that either uses wing-backs or uses the full-backs progressively,” Castles said.

‘With Brighton, the policy of the club is that if they get offers from higher-status teams which are attractive to the players, they will not stand in the way of the move, assuming their asking price is met – and that’s what we saw with Ben White.

‘They wanted £50m for White, Arsenal went through a series of offers before they got to that number, and you may be looking at the same scenario with Lamptey who is under contract until 2025. Brighton will be happy to have discussions as long as their pricetag for the player is achieved in the ultimate transaction.’

Hector Bellerin was loaned to Real Betis for the season following Tomiyasu’s arrival and the Spaniard is likely to be sold this summer.