Arsenal have opened talks with Emiliano Buendia ahead of a summer move, according to reports. The Gunners plan to make the Norwich City midfielder their first summer signing.

Buendia was sensational for the Canaries as they returned to the Premier League at the first attempt. The Argentine scored 15 goals and assisted a further 17 as Norwich won the Championship title with 97 points.

Daniel Farke’s side had been disappointingly relegated from the top-flight the year before. They fell back into the Championship after amassing just 21 points.

Buendia’s creative attributes have caught the eye of several Premier League clubs. Aston Villa are also believed to be interested in signing the 24-year-old, who will play for Argentina at next month’s Copa America.

The former Getafe star struggled during Norwich’s previous season in the top-flight. He scored just once in a 2-1 defeat against Watford after Project Restart, although managing seven assists in a side that only netted 26 times was promising. 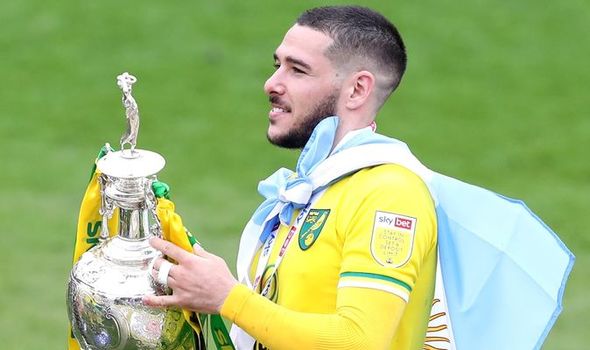 Arsenal are now in talks to sign Buendia, according to the Daily Mail. The midfielder is believed to be valued at around £40million and has a percentage sell-on clause inserted into his contract.

That means some of what Arsenal eventually pay will go to Getafe, who Norwich signed Buendia from in 2018.

He has made a total of 121 appearances for Norwich, scoring 24 goals and setting up a further 42. That means he has been directly involved in a goal just under every two games.

Norwich boss Farke admitted last month that Norwich could be forced into accepting any big offers for their best players, despite promotion.

Restrictions forced upon clubs by the Coronavirus pandemic has had a big impacted on finances in every division in the Football League.

Defender Max Aarons is another target of Arsenal’s, while midfielder Todd Cantwell has garnered plenty of attention of the past two years.

“We have to be realistic, we are a self-funding club and will always have to develop our players,” the German said. 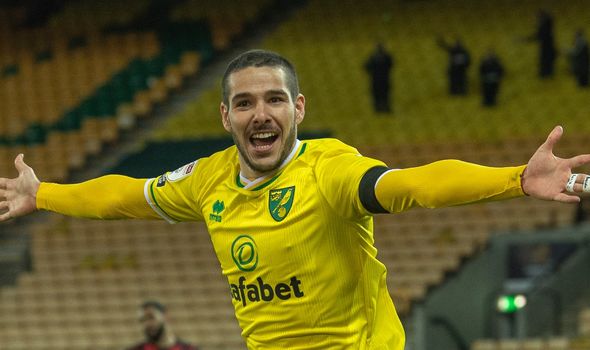 “Sometimes you also have to accept if a player has outgrown the club, then there is a solution.

“We had this in the past with James Maddison, when without the transfer fee it would have been difficult to keep the club going.

“Now, though, we are in a much better position.

“We are not struggling financially anymore and are ourselves playing on the big stage of Premier League level, for that I am not in fear that a player of this category has to leave.”