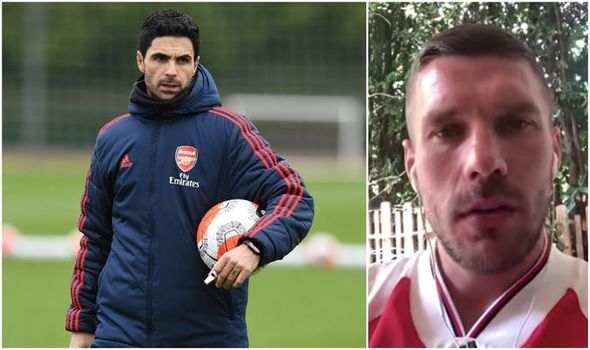 Arsenal hero Lukas Podolski insists Mikel Arteta needs to restore the club back to the standard of challenging for Premier League titles and qualifying for the Champions League every year.

The Spanish coach was a team-mate of Podolski’s for three years at the Emirates under Arsene Wenger.

And he returned to the Gunners to become the club’s new manager last December, having overseen 15 matches across all competitions since then.

The 38-year-old has impressed early on in his tenure but there is still a huge task ahead, with the former midfielder looking to end the north Londoners’ absence of Champions League football.

Arsenal have not played in Europe’s premier competition since being humiliated by Bayern Munich, another of Podolski’s former clubs, in the round of 16 in 2017. 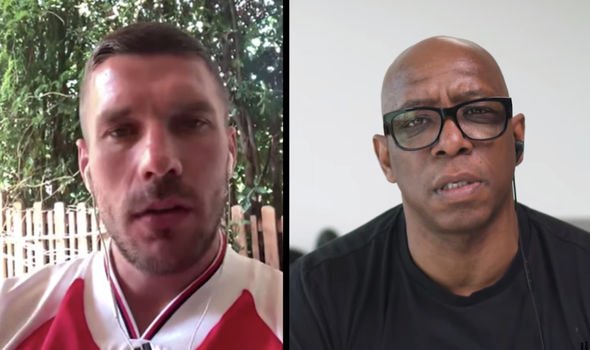 The World Cup winner has been impressed by the early impact of Arteta’s leadership, but insists with the size of the club that the new manager simply has to get them challenging for the game’s biggest honours again.

Speaking to Arsenal legend Ian Wright in a YouTube video for Adidas, Podolski said: “Yeah I see it, like you explained, the level going up depends on running, fighting spirit.

“You see there’s more of a team on the pitch [under Arteta].

“With the fans, Arsenal is like one of the big five teams in the world.

“With this potential, we have to play every year Champions League and fight for the title, every year.

“We have to invest and I hope Mikel with his team around are doing a great job for next season.”

Reflecting on his time at Arsenal, former Germany international Podolski – who made 82 appearances between 2012 and 2015 and scored 31 goals and laid on 17 appearances – spoke of having “fantastic” memories.

The 34-year-old, now playing for Antalyaspor in Turkey, won the FA Cup in 2014 and also finished in the top four in three consecutive Premier League campaigns.

He added: “I think I have nearly three fantastic years at Arsenal because for me, it’s always important to connect with the club, the city, the people in the club.

“Because you are there, you sign the contract, you earn money, but for me, everywhere I’ve played, it’s always important to connect with everything with the staff, the fans, the city.

“This is what I did because football on the pitch is much more than only the 90 minutes. 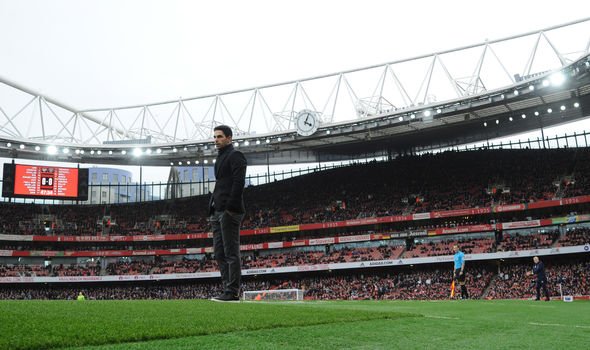 “Of course I like London. It’s a different culture, I’ve been in different countries. But I loved it, it was really nice.

“My time at Arsenal on the pitch, I liked it. Of course in the end I didn’t get my minutes but there are always some reasons for that, maybe myself, maybe the coach, maybe something else.

“But I really enjoyed it and had fantastic games and three years at Arsenal.