Arsenal boss Mikel Arteta is interested in bringing Barcelona star Philippe Coutinho to the Emirates this summer but the Gunners are also considering selling Pierre-Emerick Aubameyang to the Catalan club in a swap deal that would see Ousmane Dembele make the switch to the north London club.

According to Spanish newspaper Mundo Deportivo, via ESPN, Arsenal are “positive” about the swap deal as they risk losing Aubameyang for nothing in the future.

The 30-year-old striker will enter the final 12 months of his contract in the summer and a new deal hasn’t been agreed by the two parties.

While losing a striker who has scored 61 goals in 97 appearances for the club would be a blow, letting the Gabon international leave for nothing would also be seen as a disaster by many.

As a result, the report claims Arsenal are considering a swap deal that would bring Dembele to the Emirates. 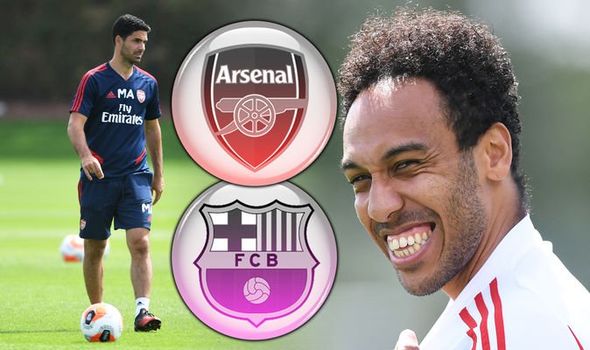 The 23-year-old has struggled since arriving at the Nou Camp from Borussia Dortmund in 2017 in a deal that could rise to £135million.

Injuries, inconsistent form, and turning up late for training have all hampered Dembele’s progress at the Catalan club and it appears they are now willing to let the player leave.

According to Mundo Deportivo, Barcelona would be willing to let him leave if an offer of around £45m (€50m) is tabled.

Arsenal have been monitoring Dembele, who is out of contract in 2022, for quite some time and are now considering a swap deal including Aubameyang.

As for Coutinho, Spanish publication ABC claims Arteta has “already confirmed” his intention to sign the Brazilian this summer when his loan deal from Bayern Munich expires.

The 27-year-old is currently on a season-long loan spell at Munich, but the German club appear unwilling to trigger the buyout clause to make the move permanent this summer.

The Catalan giants are looking to offload several players this summer as they look to manage the financial impact of the coronavirus pandemic and Coutinho and Dembele are both expected to be on this list.

Coutinho has scored nine goals and provided eight assists in 32 appearances in all competitions for Bayern this campaign.

The attacking midfielder has expressed a desire to return to the Premier League, but Arsenal do face competition from Newcastle United and Chelsea for the playmaker. 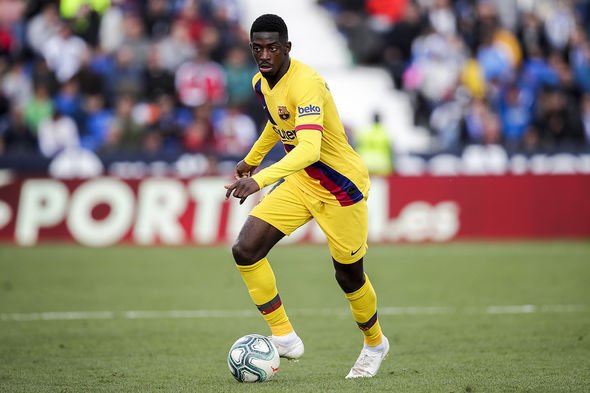 According to French publication Le10sport, Arsenal have made Coutinho one of their top transfer targets and are preparing to open talks with the player’s agent, Kia Joorabchian.

Joorabchian has a strong relationship with the north London club and is a confessed Gunners fan, however, the agent has previously insisted that he will not influence any decision taken by Coutinho.

“The fact I’m an Arsenal supporter is not a secret,” Joorabchian told Sky Sports in April.

“I don’t have any preference where the players go. I don’t try to push someone to one club or another. Everything is a possibility. After the Champions League game he played in England we had a long chat about it.

“The question is what are going to be the financial conditions of all the clubs, including Barcelona and all the Premier League clubs at the end of this pandemic.”