Arsenal boss Mikel Arteta has seen his chances of signing Amadou Diawara increase after Roma slapped a £27m price tag on the midfielder. Diawara is on the Gunners’ wish list as Arteta freshens up the squad he inherited from Unai Emery.

And Express Sport understands Roma are prepared to do business as they look to fund a summer transfer spree of their own.

And, in a bid to finance those deals, they are ready to wave goodbye to 23-year-old Diawara, who only joined them from Napoli last July.

Diawara is valued at £27m – the same figure Arsenal are poised to splash out on making Lille defender Gabriel Magalhaes their fourth summer signing. 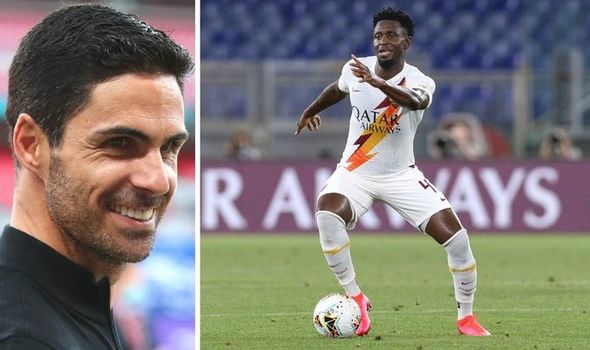 Gabriel had a medical in France last week and over the weekend agreed terms on a five-year contract worth £80,000 a week.

He was in London on Monday and the Gunners are soon expected to announce his arrival, which will come in the wake of fellow Brazilian Willian’s move to the Emirates and permanent deals for Pablo Mari and Cedric Soares.

Arsenal have given Arteta the green light to overhaul his playing staff and it’s understood they’ll listen to offers for as many as 15 players.

Rob Holding and Calum Chambers have, alongside Sokratis, been deemed surplus to requirements by the former Manchester City assistant.

Tottenham, Newcastle and Wolves are tracking Ainsley Maitland-Niles after the utility man was priced up at £20m. 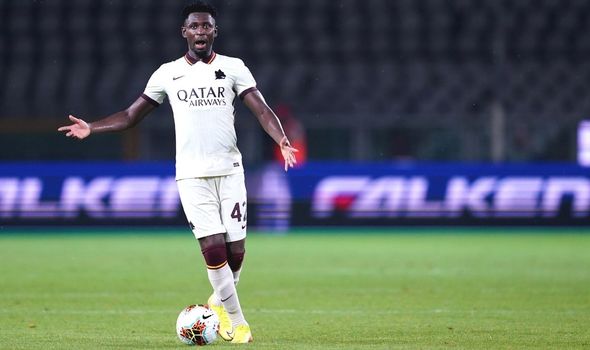 Roma have an interest in Lucas Torreira but face competition from Italian rivals Lazio, Fiorentina and Torino for the midfielder’s signature.

Matteo Guendouzi and Alexandre Lacazette might be set for the chop too, with Arsenal looking to free up space in their squad as the Arteta revolution unfolds.

Meanwhile, Arsenal added former Tottenham youngster Jonathan Dinzeyi to their youth ranks on Monday and he’s looking forward to being given the opportunity to make a breakthrough.

“Knowing that Steve Bould is the head coach was a big factor for me,” said the new Under-23s recruit. “He’s a legend at the club and he’s played in my position, so I’m really hoping I can learn from him to develop my game.

“Seeing the likes of [Reiss] Nelson, [Bukayo] Saka, [Eddie] Nketiah and [Joe] Willock getting chances was a big thing for me too. That was another reason why I wanted to come here because I believe if you train hard then you’ll play well and the manager will give you the opportunity for you to show what you’re about. I’m really glad I’ve been given this opportunity.”