‘I had incredible pain… when I ran, when I shot, when I passed’: Arsenal flop Denis Suarez reveals he was only ‘30% fit’ during nightmare loan spell after suffering bizarre groin problem

Denis Suarez has revealed that a build up of fluid on his groin left him struggling to even do the basics during his ill-fated spell at Arsenal last season.

The Spain international joined the Gunners on loan from Barcelona in January 2019, but ended up playing just 67 minutes in the Premier League across four substitute appearances before being sent back.

Suarez claims he turned down the chance to join AC Milan, Sevilla and Real Betis permanently in order to seal a dream move to the Emirates, and was hopeful that then-manager, Unai Emery, would keep him after the loan period. 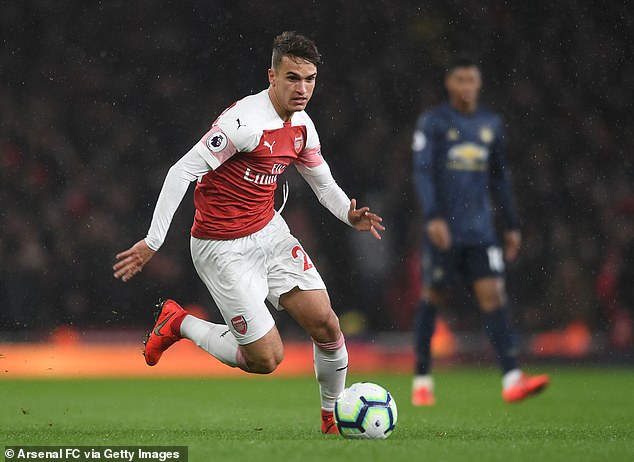 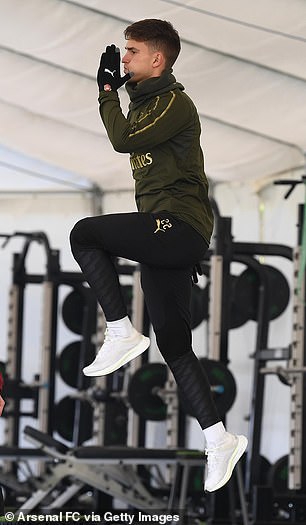 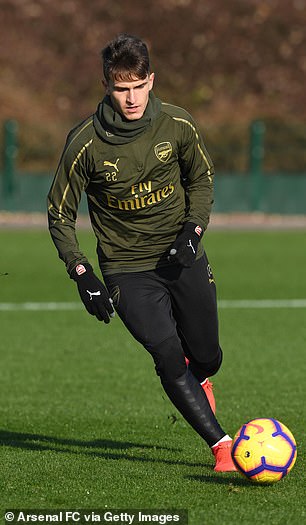 Suarez, pictured in the gym (L) and training at Arsenal (R), says he was only 30 per cent fit

However, after picking up a troublesome injury in the Europa League, the midfielder was never able to regain full fitness and had to try and play through the pain barrier.

‘I played in my first game against Manchester City and then 10 days later I got injured (in the first leg) against BATE Borisov in the Europa League,’ Suarez, who joined Celta Vigo last summer, told The Athletic.

‘I had too much pain in my groin. I did tests and scans and nothing was in my groin, but there was a big edema (build-up of fluid) around the pubic bone.

‘I had sharp pain when I ran, when I shot, when I passed. It was so difficult. I was at something like 30 per cent of my fitness.’ 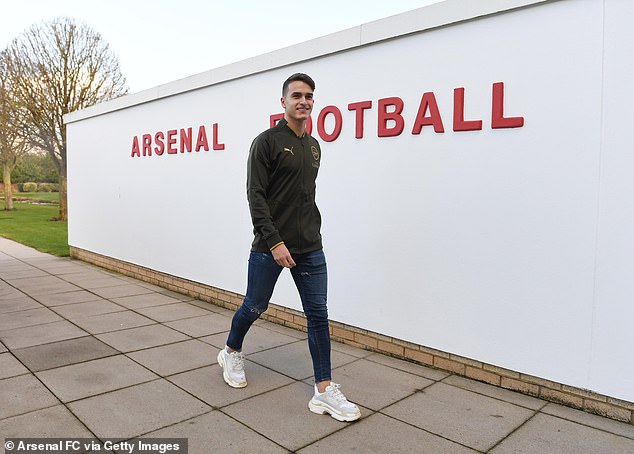 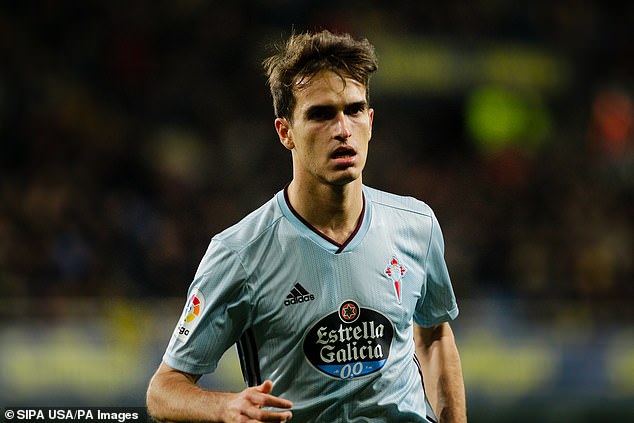 Suarez also featured for a combined 28 minutes in Europe, but failed to score, register an assist or play a key pass during any of his time on the pitch for Arsenal.

Asked if he ever felt 100 per cent fit during his time at the Emirates, he added: ‘The first week. Only that. I felt it getting worse.

‘After the match against BATE Borisov, I had incredible pain. Every movement, every change of direction, every shot. I tried to train through the pain. It became unsustainable. I was not in a state to play at my best. Unai could not play me as he knew I was not even near 50 per cent.’