Arsenal supporters have shared their sheer delight with Bukayo Saka, after the young sensation scored a superb goal against Manchester City.

Mikel Arteta’s side have impressed this season with academy graduate Saka one of their standout performers, and he dazzled once again this afternoon.

Despite the runaway league leaders looking to increase their advantage at the top, the tricky forward took matters into his own hands and netted a brilliant opener. 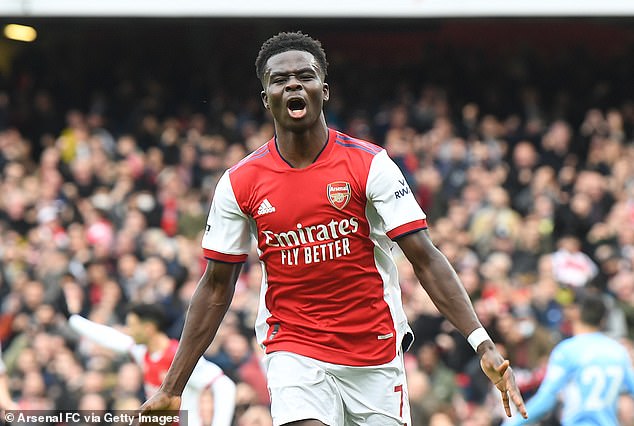 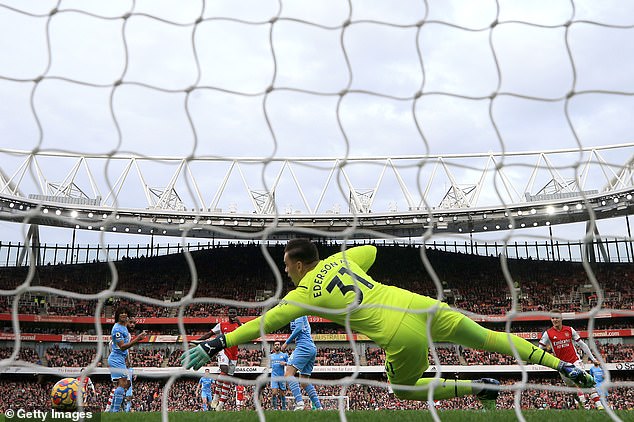 He was also on the score sheet in the club’s final two games of 2021, against Newcastle and Norwich, and was equally unerring after the turn of the year.

With 30 minutes on the clock, the home side pieced together a flowing move from the back, with Kieran Tierney then picking up the ball down the left.

Pulling off a clinical, cutting-edge pass, the full back picked out the feet of Saka, with his team-mate having made a clever dart into the penalty area. 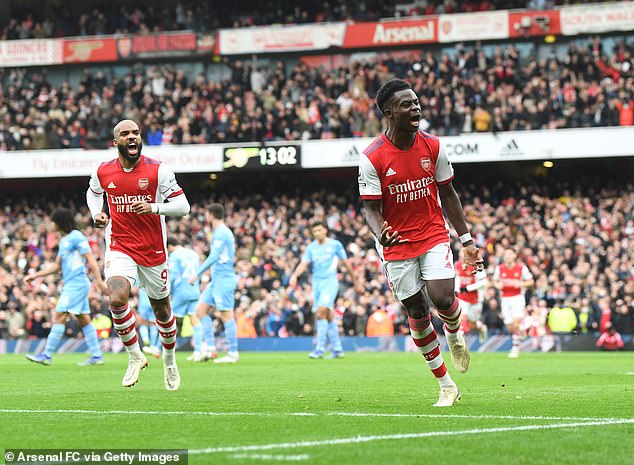 The home side pieced together a superb move for the goal, which forward Saka finished off

Saka then stroked coolly across goalkeeper Ederson and into the far corner.

His moment of brilliance was quickly lauded on social media by fans in awe.

‘What a finish by Saka,’ another wrote. ‘He has added a new skill set to his game now. Turning into Robben.’

‘Saka is turning into Arjen Robben,’ a fourth user said.

‘Tears in my eyes. Arsenal’s starboy is him.’

A fifth added: ‘Saka is elite.’