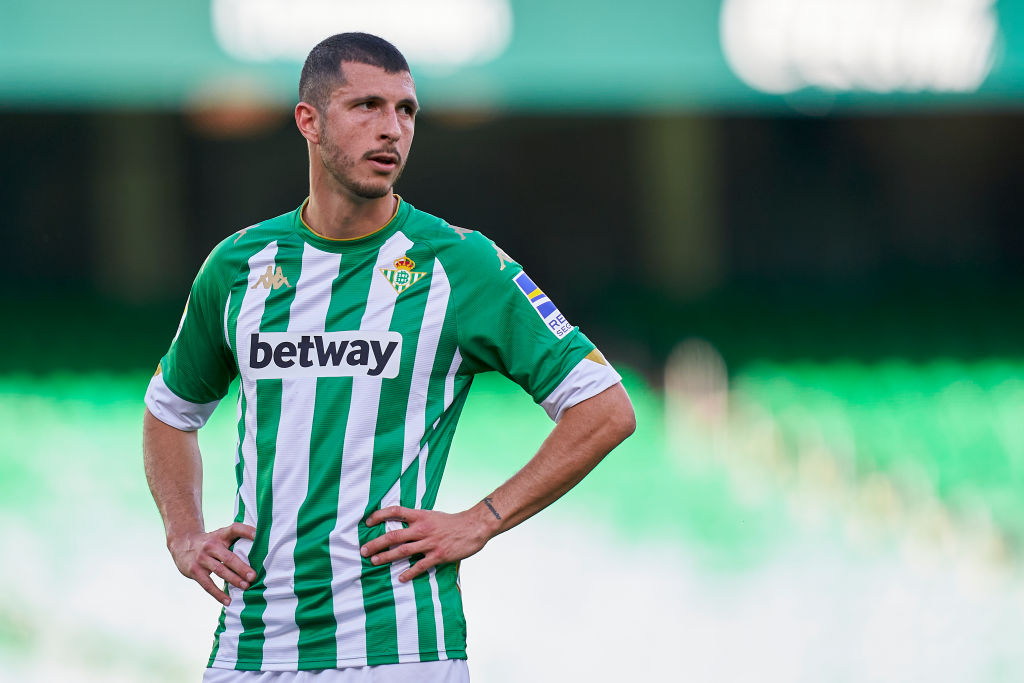 Arsenal are weighing up a move to sign Real Betis star Guido Rodriguez, according to reports in Italy.

An exodus of midfielders appears likely at the Emirates this summer, with Martin Odegaard and Dani Ceballos already having returned to Real Madrid and Lucas Torreira and Granit Xhaka keen to move on ahead of the forthcoming season.

There had been talk of an opportunity opening up for Matteo Guendouzi but he too left to join Marseille on a temporary basis last week.

It leaves Mikel Arteta short of options in the middle of the park and the club will look to further strengthen in this area once they finalise a deal for Anderlecht’s Albert Sambi Lokonga, 21, which is expected in the coming hours.

James Maddison, Houssem Aouar and Teun Koopmeiners have all been placed on Arsenal’s shortlist and Betis’ Rodriguez – a more defensive-minded midfielder to those mentioned – has emerged as a top target.

Gianluca Di Marzio claims the Gunners are very fond of Rodriguez but their interest is yet to develop into anything concrete at this stage.

The report suggests Betis have slapped a €30million (£26m) price tag on the 27-year-old and could be open to a sale as they look to raise funds for new arrivals before the summer transfer window closes.

Rodriguez has made 53 appearances across his two-year stay in Seville and his outstanding performances last term led to him receiving a call up for Argentina’s triumphant Copa America campaign.

The ex-River Plate man started as Argentina beat Colombia on penalties and came on as a second-half substitute in the final against Brazil, with Angel Di Maria’s early lob proving decisive.

Rodriguez was first linked with a switch to Arsenal midway through last season but brushed off the speculation at the time and insisted he was ‘very happy’ with Betis.

‘I saw the rumours because friends from Argentina asked me, but I told them that I knew the same as them,’ he told Estadio Deportivo.

‘I am the protagonist because I am in the news but today, I do not know more or less than you who also saw it.

‘I am very happy, I arrived and there was one or two months with a strange situation for everyone with the issue of confinement but the truth is that I am very happy in Seville, with the city, the weather, at the club. I’m very happy.

‘It feels a bit strange when we walk down the street, I would have liked to experience all this with the fans in the stadium.

‘I could only play a few games with the stadium full.’