Arsenal are ‘likely’ to complete a deal for Shakhtar Donetsk winger Manor Solomon, according to reports. Solomon has established himself as a hot property ever since joining Shakhtar from Maccabi Petah Tikva in 2019. The 21-year-old has scored 12 goals in 59 appearances for the Ukrainian side.

Solomon grabbed the headlines earlier this season when he scored in both of his side’s Champions League group stage wins over Real Madrid.

The forward is a reported former target of Manchester City manager Pep Guardiola, who wanted to sign him in 2017.

Solomon has confirmed that City were keen on signing him.

He is reported as saying: “They really wanted me and I had a meeting with them but unfortunately it did not work out.”

JUST IN: Man Utd forced to wait on £67m transfer which may alter summer plans 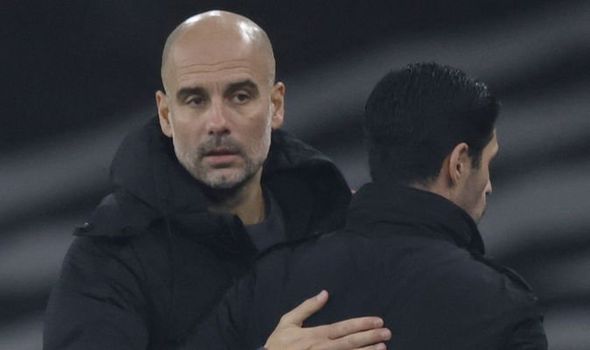 However, it now appears Arsenal are close to securing a deal for the Israel star.

The Daily Mail says a deal for Solomon to move to the Emirates is “likely”.

The report claims Arsenal are already planning for the summer, suggesting a transfer won’t happen until the end of the season.

Solomon, who has scored one goal in 14 caps for Israel, has a contract at Shakhtar until 2023. 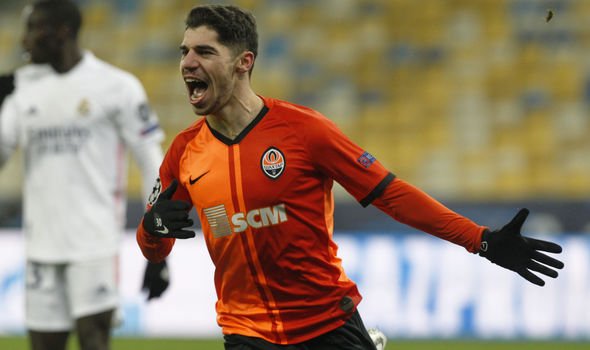 Meanwhile, Arsenal continued their return to form with a 3-0 win over Newcastle United on Monday.

Two goals from captain Pierre-Emerick Aubameyang and one from Bukayo Saka sealed a fine second-half performance.

It was Aubameyang’s first brace of the season and manager Mikel Arteta was delighted his skipper had a big impact on the outcome.

Arteta said: “That is what he has done through his career and mentally you have to be really strong in order to do that, and come out of a difficult period where we miss his goals a lot and today he has come back and scored two and contributed to the team winning, which is exactly what we need.

“So I am really pleased for him.

“I had various conversations with him, to try to support him, help him, give him some guidance.

“At the end [of the day], internally, you are the one who suffers. To open up, it’s complicated.

“He takes a lot of responsibility, he’s very critical with himself and he knows his role in the team and how important he is for our success.

“But there’s only one way, work harder, put your head down, be humble and try to keep helping the team. That’s all.”