Arsenal boss Mikel Arteta has made Thomas Partey one of his main transfer targets for the summer but the Gunners boss faces competition from Manchester United to sign the Atletico Madrid star.

Partey has impressed Arteta during his five seasons in La Liga as the Ghana international has made himself a key player for Atletico boss Diego Simeone.

The 26-year-old is an attractive option due to the £43million (€50m) release clause in his contract, which currently keeps him at the club until 2023.

Atletico have been in discussions with the player about extending this deal, although no agreement has yet been reached.

And according to African football expert, Saddick Adams, Partey is not only fond of securing a move to the Premier League in the summer but also “loves” being linked to a move the Red Devils. 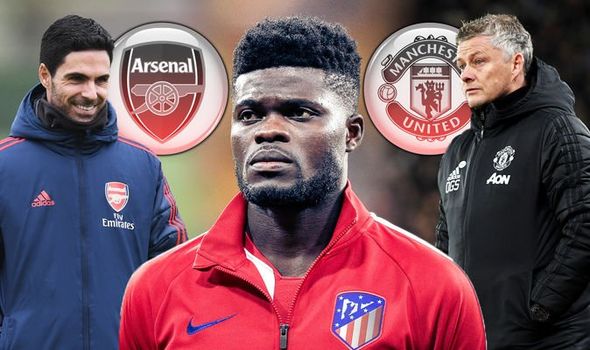 “Yesterday, a close source to Thomas Partey told me the player doesn’t want to extend his stay at Atletico and is favouring a move to the Premiership,” Adams tweeted.

“And that loves the United link. Deal could even be sooner than expected.

“Starting to believe this whole thing..”

As for Arsenal, while Arteta already has Lucas Torreira and Matteo Guendouzi as defensive options the Spaniard is still pursuing a move for Partey.

The player’s father recently claimed that Arsenal are already holding talks with Partey, however, the star’s representatives quickly issued a statement declaring that these rumours were “totally untrue”.

The combination of the suspension of football and the prospect of not qualifying for any European football next season could drastically affect Arteta’s budget this summer.

This has seen reports suggesting the Gunners are also considering a swap-deal for Partely, which would see Alexandre Lacazette heading to the Wanda Metropolitano. 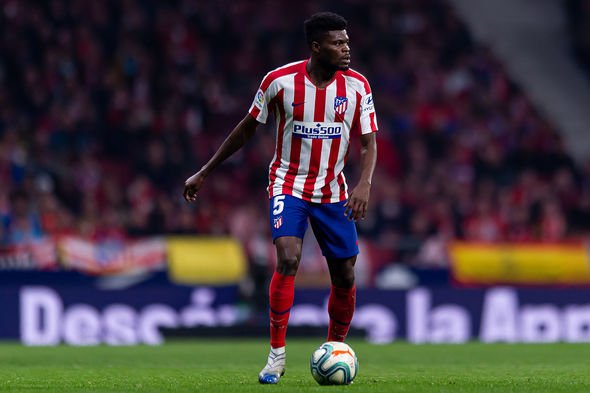 However, if Partey was to sign for United, his arrival would likely to be as the long-term replacement for 31-year-old Nemanja Matic, whose contract expires in June 2021.

But interest in Partey’s availability this summer goes further than the Premier League, as according to French Publication RMC Sport, Paris Saint-Germain are also interested in the Ghanian.

It claims PSG sports director Leonardo is looking to strengthen the squad in several areas this summer, including in midfield.

The Ligue 1 club have been following Partey for a while and have already scouted him on several occasions.